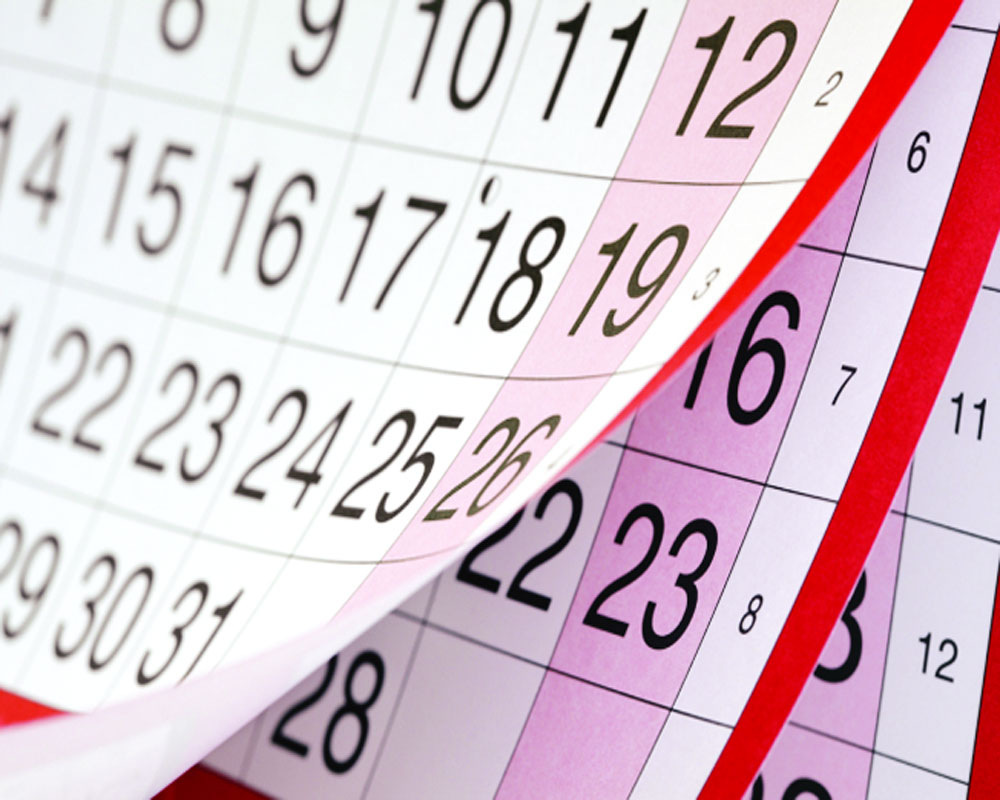 It is entirely possible that the impetus for the Western calender, that is now in universal use, came from Cleopatra of Egypt rather than Julius Caesar

A new Gregorian calendar, amid cheers and hurrahs, will go up on our walls on January 1, 2019. From essentially being a Roman calendar, it has attained a universal status. While the names of 12 months, except July and August, have been derived from the calendar of ancient Roman republic, its length of 365 days (366 in case of leap year) has been attributed to the genius of one person, Julius Caesar. It was on January 1, 45 BC, that Caesar rolled out his new calendar. This was a year and quarter before his gruesome assassination by secret enemies inside the Senate hall. While he retained the names of old calendar months — and the now-defunct method of reckoning days from Kalends, Nones and Ides — he cast the year on an absolutely new basis. He abolished the queer lunar year of Rome completely and established in its place a tropical solar calendar. It is this particular feature that made the calendar suitable for universal use.

The ruined calendar of Rome was based on the lunar year, though paradoxically, its months did not coincide with the lunation cycle (unlike amongst ancient Greeks, Jews or Babylonians). Since a lunar year comprises 354 days (an artificial construct of 12 lunation of 29.5 days each), it continuously falls short of solar year by 11 days. This implies that unless those many lost days are compensated periodically, the calendar would be out of sync with the seasons. Romans had, no doubt, devised a four-year cycle where the first year had 355 days, the second 377 days, the third again 355 days and the fourth 378 days. These excess days were never placed at the end of any month, let alone the year. They were introduced as a separate series at the end of 23 days of February. The total number of days in such a calendar was 1,465 in four years, or about one day in excess every year. But these intercalations were often neglected due to political considerations or exigency of war.

This offended the Roman gods more than it did the citizens of the republic. The Roman months, previously 10 in number but subsequently revised to 12, were full of festivals, fasts and public ceremonies. All these events were devised according to seasons. But as the calendar, like a clock gone wrong, went out of sync with the seasons, the gods were no longer being propitiated at proper hours. The defects of this calendar were obvious to Caesar for close to three decades that he had been a part of Collegium Pontificum, the 15-member board of state priests, which was the highest authority on Roman religion. It was the responsibility of this body to keep the calendar in order.

In July (then called Quintilis), 46 BC, the Senate and the people of Rome appointed Caesar as the dictator for 10 years. He was already the Pontifex Maximus, the head of the board of priests since 63 BC. Thus, with compelling religious and political authority, he was in an enviable position to replace the ruined calendar of Rome. With repeated mishandling, the calendar had fallen more than two months behind the natural year. Thus, 67 extra days were added to 46 BC, between November and December. This has come to be known as the year of confusion, but more reasonably, the last year of confusion.

Caesar’s solar calendar brought an end to the role of Collegium Pontificum in deciding the extent of the year. It replaced human intervention with an algorithm — fixed year length and quadrennial leap year. This was indeed a revolutionary reform. The lunar year, unlike a lunar month, has no grounding in astronomy. But the solar year of 365¼ days, like a natural day, is an astronomical phenomenon. It signifies the days taken by the earth to complete revolution round the sun.

It is true that in the days of Caesar, it was not known that the earth revolved around the sun. It was believed that the sun revolved round the earth, later formalised by the geo-centric model of Claudius Ptolemy. From the view of positional astronomy, however, it still makes no difference. The length of the solar year could be taken as the number of days from one spring equinox to the next. It could be from autumnal equinox to the next or from one summer/winter solstice to the next, too.

Spring Equinox could be described both as a day or point on the apparent elliptical path of sun. This reference point in the celestial coordinate system was described by the Hipparchus, the Greek, as ‘First Point of Aries’ in 130 BC. But due to the axial precession of the earth at the rate of one degree every 72 years, the point has moved westward to the cusp of zodiac signs, Pisces and Aquarius. Only the sun signs published in newspapers reflected the frozen view of the time.

It is speculative from where Caesar got his idea of recasting the calendar on solar basis. Possibly he came to know about it during his hazardous sojourn in Egypt in 48-47 BC. The most notable event of his sojourn was his meeting with Cleopatra, the co-ruler of Egypt. After the civil war in Egypt was over, the two went for a month-long cruise of the Nile, where they are known to have developed intimacy.

The ancient Egyptians had discovered the length of the natural year as 365 ¼ days from the heliacal rising of the Sirius, the brightest star in the sky. But the stout refusal by the priest-astronomer class to add one day after every four years, saw the calendar getting estranged from the seasons. An ancestor of Cleopatra viz, Ptolemy III, also called Euergetae, drew up a plan in 238 BC to reform the deranged calendar. Ptolemy III was ably supported by the astronomers of ancient University of Alexandria. The royal proclamation for reform of the calendar is known as ‘Canopus Decree’. It was the first royal proclamation on record for a leap year.

Caesar’s calendar, despite having the system of a leap year — or quadrennial intercalation of one day — could not escape the flaws of computation. It assumed the length of the solar year as 365 ¼ days (365 days and six hours); whereas it is actually 365 days, five hours, 48 minutes and 46 seconds. This superfluity of 11¼ minutes per year would result in surplus of 18¾ hours in one century — or three quarters of a whole day.

Over four centuries, the Julian calendar would have generated three extra days. Pope Gregory XIII had, thus, 10 extra days to deal in 1582, when he carried out ‘Gregorian Reforms’. That is another story  fit to be narrated at some other time.

(The writer is an independent researcher based in New Delhi. The opinions expressed herein are his personal)