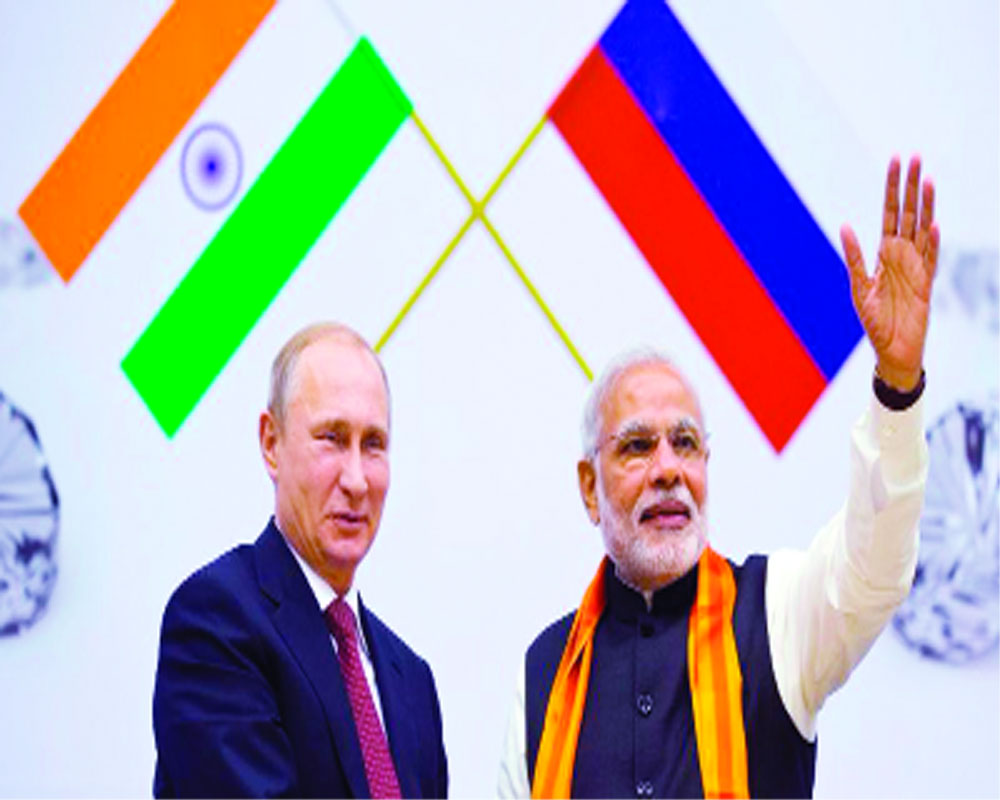 Time-tested, all-weather and special are evocative terms applied to India-Russia relations but going forward it’s time to get real as the two nations will pursue independent strategic interests that may not converge

Reset seems to be the reigning buzzword, and strategic autonomy the operative mantra in India’s diplomatic lexicon. In fact, it is set to be the year of diplomatic reset for India with three of its key strategic partners and major global players, including the US, Russia and China. Amid a rapidly mutating geo-strategic environment, Prime Minister Narendra Modi held his first informal summit with Chinese President Xi Jinping in Wuhan in April, paving the way for a new phase of post-Doklam stability in India-China relations. With the US, India held its first 2+2 dialogue in September, which underlined growing strategic connect between the world’s leading democracies.

The reset with Russia, amid mutual misgivings sparked by third country relationships, started with Prime Minister Modi’s first informal summit with Russian President Vladimir Putin in the resort city of Sochi in May. Building on the Sochi understanding, India is now rolling out the red carpet for President Putin, a trusted and time-tested friend.

Amid concerns in Moscow about New Delhi’s tilt towards Washington, Modi’s annual summit meeting with President Putin in New Delhi on October 5 is set to reaffirm the pivotal importance of India-Russia special and privileged strategic partnership in the foreign policy calculus of New Delhi. The multifarious outcomes during President Putin’s visit will not only galvanise multi-faceted India-Russia ties across the spectrum, but will also underline India’s strategic autonomy and sovereignty against the backdrop of mounting concerns in Moscow about New Delhi’s deepening strategic connect with Washington.

S-400 dilemma: India has been under pressure from the US to curtail and roll back its robust defence partnership with Russia, especially regarding the planned purchase of the S-400 missile system. The S-400 missile system could potentially be targeted by secondary sanctions under Countering America’s Adversaries through Sanctions Act (CAATSA) as there is no categorical statement by the US yet on a waiver for India. Given India’s high stakes in its relations with two of its leading strategic partners, US and Russia, it’s not an easy decision to make. But in a delicate diplomatic tightrope walk, the Narendra Modi Government has already taken an overarching strategic decision to go ahead with this crucial acquisition.

Ahead of Putin’s visit, Russian Foreign Minister Sergei Lavrov has expressed hope that India will make a “sovereign decision” on Russian defence purchases, which are facing possible US sanctions. Going by the latest developments, India is set to pass this sovereignty test. India is also hopeful of a waiver by US President Donald Trump for the S-400 purchase as it has been made clear to the US that the missile system is needed to bolster India’s deterrence.

For a rising power, faced with a host of security challenges in its periphery, it’s not possible to keep all its partners happy at all times. In situations which are fraught with competing interests, national security interests will prevail. India’s decision to buy S-400 system has, therefore, become synonymous with an assertion of sovereignty and independent foreign and security policy.

The S-400 and other new defence deals worth around $8-10 billion, that are expected to be sealed during Putin’s visit, will revalidate and consolidate Russia’s status at the top supplier of weapons to India for the next two decades. Russia already accounts for over 60 per cent of India’s high-end weaponry.

Balancing act: Moving ahead with these defence deals in the face of the US’ pressure has been underpinned by larger strategic calculation by India’s diplomatic-political leadership that no other country, including the US, can replace Russia as far as India’s vital national interests are concerned.

Also, India will continue to pursue a balancing act in its relations with the US and Russia as well as with other major power centres, like China and Japan, which remain hostile to each other. This balancing act is part of the larger foreign policy paradigm of multi-alignment pursued by the Modi Government, which entails forging multi-pronged relations with major global power centres without allowing these relationships to become zero sum games.

Similarly, India will find a way to skirt the US sanctions to continue importing oil after the November 4 deadline imposed by Washington for reducing imports of Iranian oil to zero. Any such dramatic reduction is simply not viable and will severely hurt India’s economy and energy security. Given their strong relations with a beleaguered Tehran, Russia and India are also expected to explore a strategy to deal with the US sanctions on Iran. Be it defence purchases from the US or imports of Iranian oil, India will continue to assert its strategic autonomy and underline that it can’t be dictated to by Third countries when it comes to its vital security and economic interests.

All eyes will be on defence deals, especially the S-400, but Putin’s India visit will not be just about military hardware. The annual India-Russia summit will not only buttress key pillars of India-Russia strategic partnership, namely defence, nuclear energy and space, but will also seek to address the economic deficit in the India-Russia relationship as it has remained heavily security-centric. This economic focus will be crystallised in the big-ticket meeting of around 100 CEOs of India and Russia will brainstorm to forge an action plan to upscale economic partnership. New energy deals in areas of civil nuclear energy and hydrocarbons are expected to be sealed during the visit.

Partnering in third countries: Given their convergent interests and expanding global footprints, India and Russia are also expected to firm up plans for advancing their cooperation in third countries. India and Russia are already partnering in setting up of a nuclear power plant in Bangladesh. Similarly, there is an enormous potential for forging India-Russia collaboration in regions ranging from Afghanistan and Central Asia to Africa. Although there is some disconnect between New Delhi and Moscow over the latter’s enthusiasm about reconciliation with the Taliban, this should not deter the two countries from pursuing joint projects in the violence-torn country.

Get real: The future outlook for India-Russia relations is largely positive and optimistic but one should try to resist the temptation of romanticising this relationship. Time-tested, all-weather, special and privileged — these evocative expressions applied to India-Russia relations still remain resonant, but going forward, it’s time to get real as India and Russia will pursue their independent strategic interests and Third country relationships, which may not exactly converge. But even allowing for minor notes of dissonance, the sheer scope and range of India-Russia strategic partnership, encompassing frontier areas of science and technology, space, defence,nuclear power and hydrocarbons, can’t be surpassed.

The two partners are setting their sights high for this mutually empowering and energising partnership. Russian collaboration in ‘Gaganyaan’, India’s first planned manned space mission, which was announced by Prime Minister Modi during his Independence Day address this year, could be another soaring moment in this enduring friendship that is set to grow stronger amid geopolitical shifts.

(The writer is Editor-in-Chief of India and World magazine, and a commentator on international affairs)