No love, only jihad

No love, only jihad 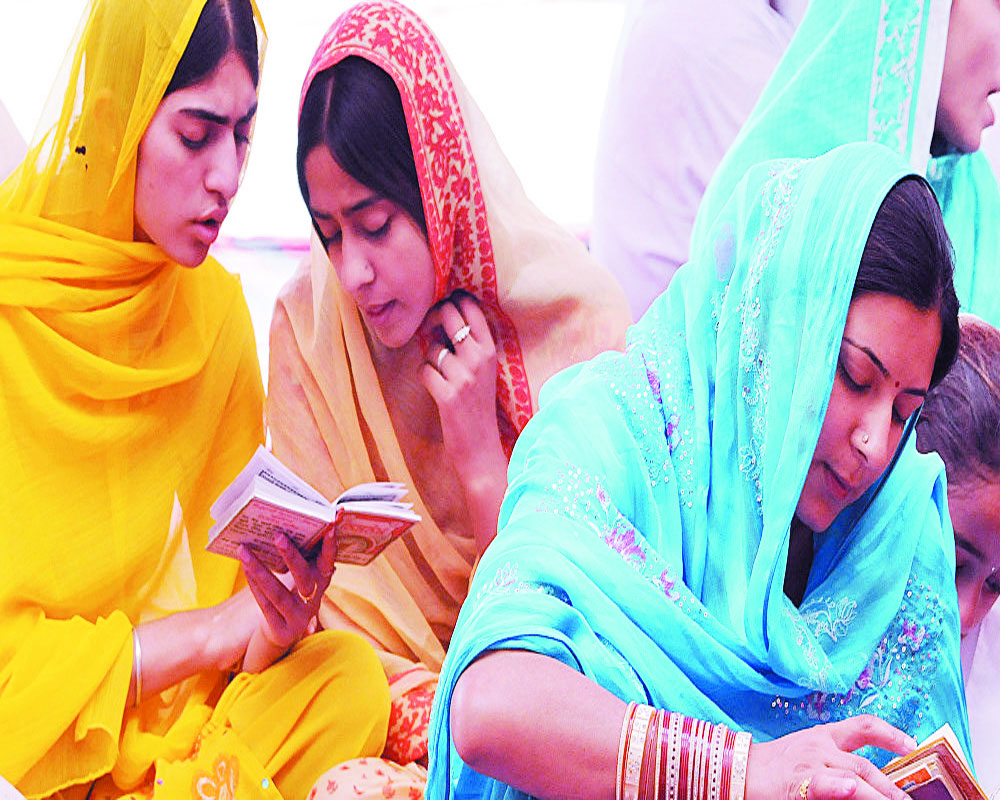 While India preferred to remain silent on a sensitive issue, the UK confirmed worst fears that ‘love’ is a ruse to trap girls and sexually exploit or convert them to Islam or both

What is ‘love jihad’? Is it part of  a ‘religious obligation’ undertaken by Muslim zealots to Islamise  non-believers or is it a myth created by ‘radical’ Hindu groups and a section of spooked Christian clergy to promote their divisive agenda? While debate on this issue has been going on for nearly a decade now and remains inconclusive in India, a recent report by the United Kingdom and comments made by a British Member of Parliament on “affairs” and “marriages” between Muslim men and Sikh girls in England have confirmed worst fears of the civil society.

Interestingly, most media companies in India, who are normally prompt in reporting incidents involving South Asians in Europe and the US, have chosen to remain silent on these developments. However, several television channels and a section of the British Press carried detailed reports on the phenomenon of ‘love jihad’ in their country.

S.M.A.R.T. (Sikh Mediation And Rehabilitation Team) centre is a community-run initiative based in the UK, aimed at providing “rehabilitation, mediation and intelligence services surrounding abuse and exploitation of Sikh girls”. It claims to be  an “independent facility” that provides “mediation” between victims, local authorities and law enforcement agencies. A recent report by S.M.A.R.T. alleged systematic sexual exploitation of British Sikh girls by Muslim gangs of predominantly Pakistani men.

The report said that the girls would be snared by “fashionably-dressed adult Pakistani men travelling in flamboyant vehicles to predominantly Sikh-dominated areas and schools.” Doesn’t this sound familiar? Has this expression not been used by Kerala-based Hindu groups and Christian clergy while alleging ‘love jihad’ in the State?

Young Sikh women across the United Kingdom would reportedly be groomed by one man and then passed round to other members of the family, alleged the report. The study entitled, ‘The Religiously Aggravated Sexual Exploitation of Young Sikh Women Across the UK’, further suggested that the police “recklessly ignored” complaints for reasons of “political correctness.”

“Over the course of three decades, Sikh community leaders in the West Midlands have repeatedly asserted that when families or community representatives contacted the police regarding the abuse of children, their information was consistently met with disinterest and their claims met by inaction. With the emergence of multiple similar cases across the UK, the perceived failure to act has now been attributed to ‘political correctness’ that inhibited authorities and agencies from addressing the racial and cultural dimensions understood as causative factors behind the abuse,” the report said.

The report was backed by the Labour Party and said that it wasn’t meant to be a “witch-hunt against any individual, community, culture of faith”. Sarah Champion, the party MP, called for an independent investigation into abuse of Sikh girls in the UK. In a statement, she said: “I was shocked when I first heard about the organised abuse of Sikh girls by mostly Pakistani men. When I started speaking to Sikh women, I could not believe how widespread the grooming and abuse was — and that this has been going on for decades. All forms of sexual exploitation must be prevented. We need to speak of the abuse of Sikh girls to take it out of the shadows and make sure the authorities take it seriously. There needs to be a full investigation into the systematic abuse of Sikh girls”.

However, sexual exploitation by Muslim men in the UK is not limited to Sikh girls alone, as is evident from the details of what is known as the ‘Rochdale child sex abuse scandal’. It involved under-age teenage girls in Rochdale, Greater Manchester, England. Nine men were convicted of sex trafficking and other offences, including rape and conspiracy to engage in sexual activity with a child, on May 8, 2012 and 10 more were convicted in another investigation in 2015.

Forty-seven girls were identified as victims of child sexual exploitation during the police investigation. The men were all British Pakistanis. The girls were mainly White British. There was a discussion on whether the failure to investigate them was linked to the authorities’ fear of being accused of racial prejudice.

Most convicted men were married and well-respected within their community. One gang member convicted of sex trafficking was a religious studies teacher at a mosque and a married father of five.

The term ‘love jihad’ hit national attention in India in 2009, with allegations of widespread conversions in Kerala and Karnataka.  With a number of such inter-religious bogus marriages ending in forced conversions being reported from various parts of the world over the years, allegations of ‘love jihad’ in India have raised concerns in various Hindu, Sikh and Christian organisations. Muslim organisations have, however, denied the allegations.

In December 2009, Justice KT Sankaran of the Kerala High Court, who refused to accept the Kerala Police report, concluded from a case diary that there were indications of forceful conversions and stated that it was clear from police records that there was a “concerted effort” to convert women with “blessings of some outfits”.

The Court, while hearing the bail plea of two accused in ‘love jihad’, cases stated that there had been 3,000-4,000 such conversions in the past four years. The Kerala High Court in December 2009 stayed investigations into the case, granting relief to the two accused and criticised police investigations.

According to the Kerala Catholic Bishops Council, by October 2009 up to 4,500 girls in Kerala had been targeted, whereas the Hindu Janajagruti Samiti claimed that 30,000 girls had been converted in Karnataka alone.

Following the controversy’s initial flare-up in 2009, ‘love jihad’ again hit the headlines in 2010, 2011 and 2014. On June 25, 2014, the then Kerala Chief Minister Oommen Chandy informed the State Legislature that 2,667 young women were converted to Islam in the State since 2006. However, he stated that there was no evidence for any of them being forced conversions, and that fears of ‘love jihad’ were “baseless”.

But going against his own party line, a Marxist Chief Minister held that ‘love jihad’ was a reality. In July 2010, while talking to the Press in Delhi, VS Achuthanandan, the then Chief Minister of Kerala, referenced the alleged matrimonial conversion of non-Muslim girls as part of an effort to make Kerala a Muslim-majority State.

Now we have confirmation from the UK as well that ‘love’ is a ruse to trap ‘kafir’ girls to either sexually exploit or convert them to Islam or both. Most of such inter-religious alliances are sans any love and are just a part of ‘jihad’.