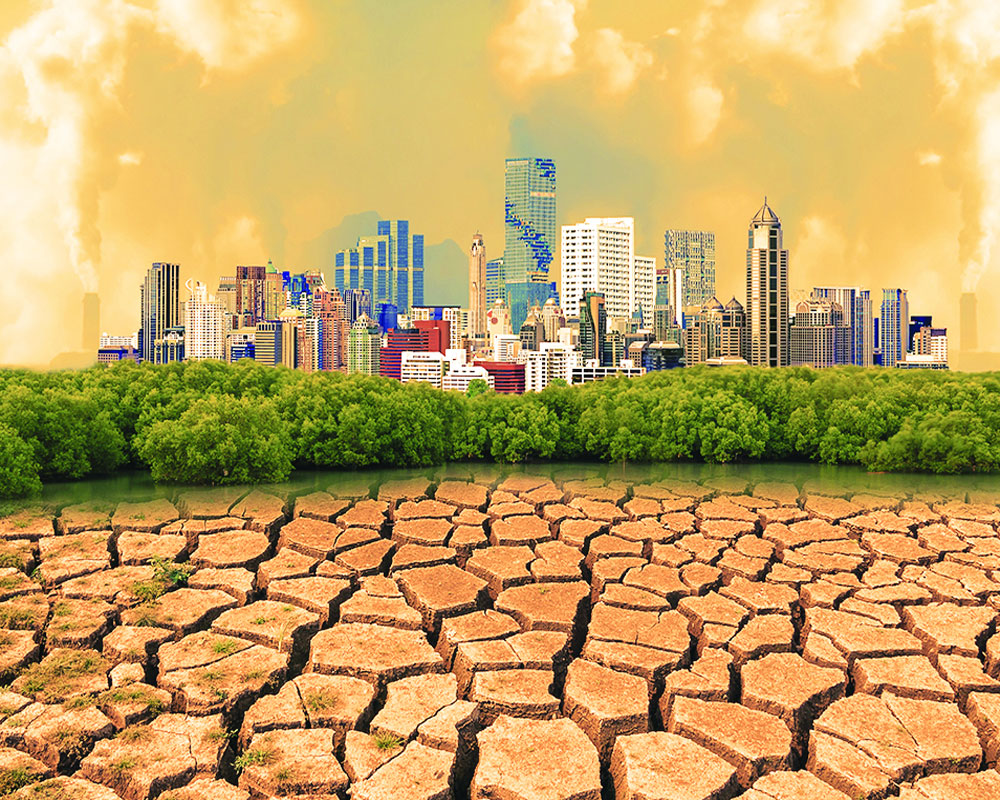 Production of several crops to be affected in 2020

Climate change and global warming are soon set to cast their shadows on farm sector in India. Rice production in the country may reduce by 4 per cent and rainfed rice by 6 per cent in 2020. The impact will be far more severe and persistent for other crops. As per the note, potato production is likely to go down by 11 per cent in 2020, maize by 18 per cent, and mustard by 2 per cent.

Apple productivity could also be affected by climate change, and its cultivation could start shifting to higher latitudes to 2,500 metres above mean sea level from 1,250 mamsl in Himachal Pradesh.

“A staggering 85 per cent of Indian farm households have approximately 5 acres or less cultivable land and of this 67 per cent are marginal farmers with less than 2.4 acre,” it said. The Ministry has argued that sharp increase in heat stress days and decline in water availability could severely impact the animal productivity.

Earlier studies had suggested that a 2 to 5 per cent decrease yield potential of wheat and maize for a temperature rise of 0.5 to 1.5 degrees Celsius in India.

“Small and marginal farmers cannot survive seed monopolies. Wherever such experiment was introduced, farmers were forced to suffer losses,” the note claimed.

Global warming is likely to lead to a loss of 1.6 metric tonne milk production by 2020 and 15 metric tonnes by 2050 if no adaptation is followed. The losses may be highest in UP, followed by Tamil Nadu, Rajasthan and West Bengal.

In its note, the Ministry has suggested that adjusting to various measures, including time of sowing, suitable variety, fertilisers and irrigation is likely to help in tackling the problem to a certain extent.

“Climate stresses such as heavy rainfall events damage horticultural crops. Flooding for 24 hour affects tomato with flowering period being sensitive. Similarly, onion bulb initiation stage is sensitive to flooding causing a 27 and 48 per cent reduction in bulb size and yield, respectively…,” it said.

The coconut productivity in western coastal region, Kerala, parts of Tamil Nadu, Karnataka, and Maharashtra (provided current level of water and management is made available in future climates as well) is likely to increase and also in North-Eastern states, islands of Andaman and Nicobar and Lakshadweep.

The negative impacts is likely to be visible for Andhra Pradesh, Odisha, West Bengal, Gujarat and parts of Karnataka and Tamil Nadu. Productivity in India can be improved by 20 per cent to almost double if all plantations in India are provided with location specific agronomic and genotype intervention in current climates,” the note said.