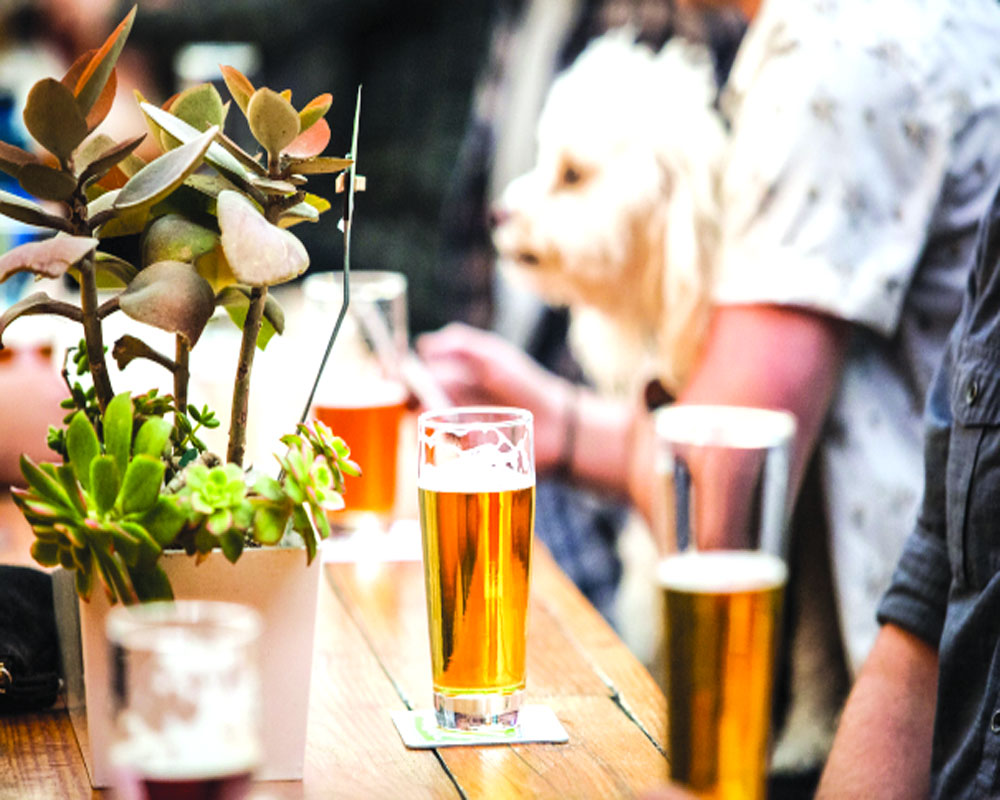 Now, Delhiites need not travel all the way to Gurugram and Faridabad to sip freshly brewed beer as the Delhi Development Authority (DDA) has finally approved to set up the much awaited microbreweries in restaurants and bars situated in the national Capital.

The new policy or provision for the implementation of microbreweries could not be notified earlier due to various reasons but now as per the officials the DDA approved the same and notified the new policy in the meeting held on Friday morning.

Microbreweries, also known as organic beers, are freshly brewed beer with different fruit flavours such as strawberries, apple, grapes which is also considered as a healthy drinks as per the experts. Experts said microbreweries are healthy for both men and woman as it does not contain alcohol, chemical and preservatives, especially glycerin’s that are used in the packaged and beer cans. Also, it will be good drink and safer then the whisky and other hard drinks which will also reduce fatness.

Currently, there is only one microbrewery set up at the Indira Gandhi International Airport (IGIA).

“The Delhi Government has approved the proposal to set up the breweries in Delhi three years ago but it could not be implemented as the breweries were listed under the ‘prohibited/negative’ list of industries in the Master Plan of Delhi (MPD) 2021. However, on the request of the Government, Lieutenant-Governor Anil Baijal in December 2017 approved the Government’s plea to remove microbreweries from the ‘prohibited’ list of the master plan. After which the DDA’s technical committee approved the proposal in January 2018,” an official said.

The official further said after fulfilling all the procedures and modalities, the people of Delhi as well as tourists will enjoy freshly manufactured beer.

“Moreover, the freshly brewed beer will also be cheaper than the can and packaged beers as it does not contain the packaging and transporting charges,” said an official.

“In Germany, the pregnant women are advised to have a glass of freshly brewed beer daily as it is so nutritious. But in the bottles chemicals are used which is fatty as well as harmful,” said a beer expert.

The Haryana Government is the first to introduce the microbreweries pubs in its city- Gurugram in 2010. Currently, there are 45 microbreweries in Gurguram and they contribute almost about Rs 320 crore to the excise department of Haryana government annually.

“Delhi is five times bigger than Gurugram and one can imagine how much revenue it will generate for the Government. Once the microbreweries will start set up in the city, the Government will generate around Rs 700-800 crore per year. Also, it is great for tourism also as people coming from abroad is looking for such products. Delhi was lagging this facility but now it will finally get it,” said experts.

The dairy farms will also tie with the restaurants/hotels and pubs once the microbreweries starts as the waste produced from this beer is nutritious for the cows especially the pregnant and lactating cows, they said.

Currently, the microbreweries facilities are available in Gurugram, Mumbai, Goa, Bengaluru, Faridabad and Chandigarh. The freshly manufactured beer will cost between Rs 50-60 as compared to the packaged beer costs around Rs 80-100.