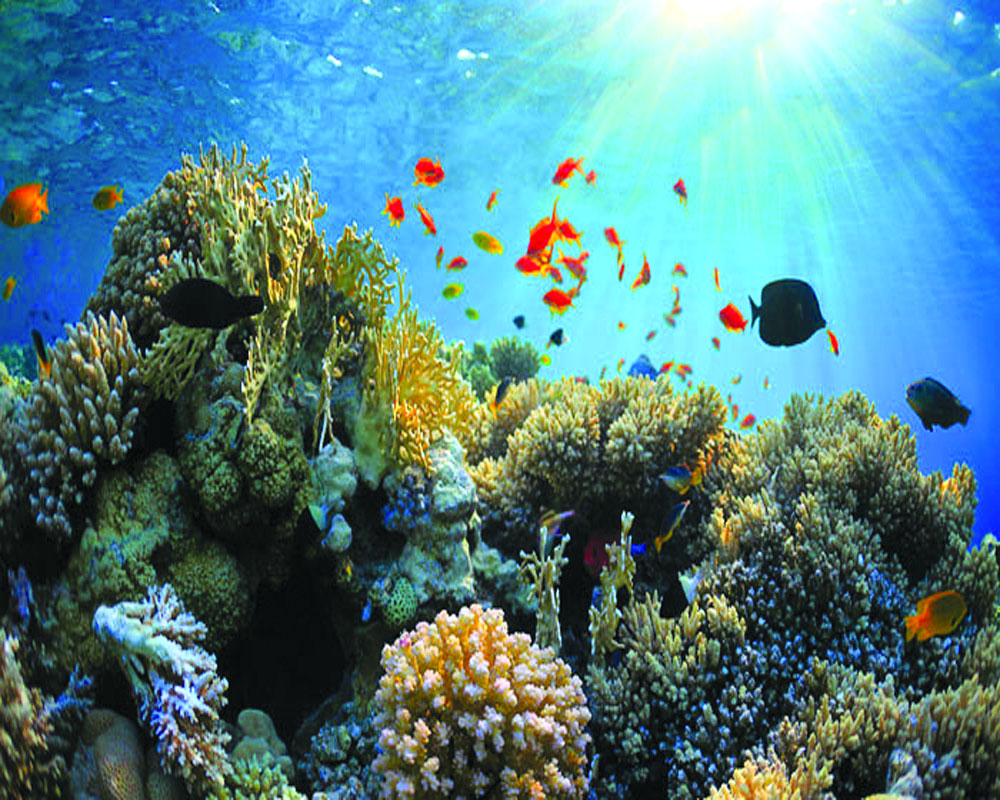 Concerned that the ambitious Rs 71 crore project envisaging laying of undersea optic cable connecting Andaman & Nicobar with Chennai will adversely impact coral reef in the island, a Central green panel has asked the project proponent, Department of Telecommunication (DoT), to conduct additional marine environmental impact (EIA) assessment to ensure enough protective measures are taken to save the marine life in the region.

Of the eight islands in Andaman & Nicobar, corals reefs are present in 10 km area of some sites of Havelock Long, Campbell Bay (Great Nicobar), Kamorta, Car Nicobar, and Hut Bay (Little Andaman). Other islands in the regions are Port Blair, Kamorta and Rangat Islands.

Also, Nicobar islands have more nesting Leatherback turtles than any other site in the northern Indian Ocean. There are about 19 important bird areas in Andaman and Nicobar districts and would have some impact.

The Environmental Advisory Committee (EAC) on projects related to Coastal Regulation Zone (CRZ) under the Union Environment Ministry in its meeting on November 28 said though it is inclined to support the project in larger public interest and grants Island Protection Zone and CRZ clearance.

However, it feels that additional marine EIA study, especially in areas likely to pass through corals reefs, need to be conducted. The National Institute of Ocean Technology, Chennai, has been entrusted with the task to carry out the survey.

The project aims to provide secure, robust and affordable telecom facilities carrying bandwidth speed of 100 Gigabit per second (Gbps). The Government feels that the much-awaited project will help the island to implement e-governance and other welfare schemes to the last mile connectivity.

Total segments of submarine cable will be 8 while total length will be 2,245.96 km from Chennai to the Union Territory.

Seeking a report within next three months, the committee observed that this study is required as abundant precaution in addition to the study report is made available.

The study shall explicitly spell out additional mitigation measures required to be undertaken along the route of the cable laying including financial implication that will have to be met by the project proponent. The measures so suggested by the study shall be further prescribed either by way of a corrigendum or an amendment to the IPZ/CRZ clearance by the Ministry

The project for which technical consultant is Telecommunication Consultants India Ltd. (TCIL) is being considered of vital importance and has Government interest as currently the only medium of providing telecom connectivity between mainland and the island is though satellites which has a poor quality bandwidth, said the TCIL seeking its clearance.

The panel was told that the proposed Chennai Andaman and Nicobar Island (CANI) cable system will also be of immense strategic significance to India in addition to assisting the Andaman & Nicobar Islands communications security, especially during natural disasters or failures of other systems.

The NEC, Japan is executing cable deployment and repeaters and associated environmental management during cable laying process on behalf of the DoT.