Public healthcare in India: Need to move from 'biggest' to 'finest'

Public healthcare in India: Need to move from 'biggest' to 'finest' 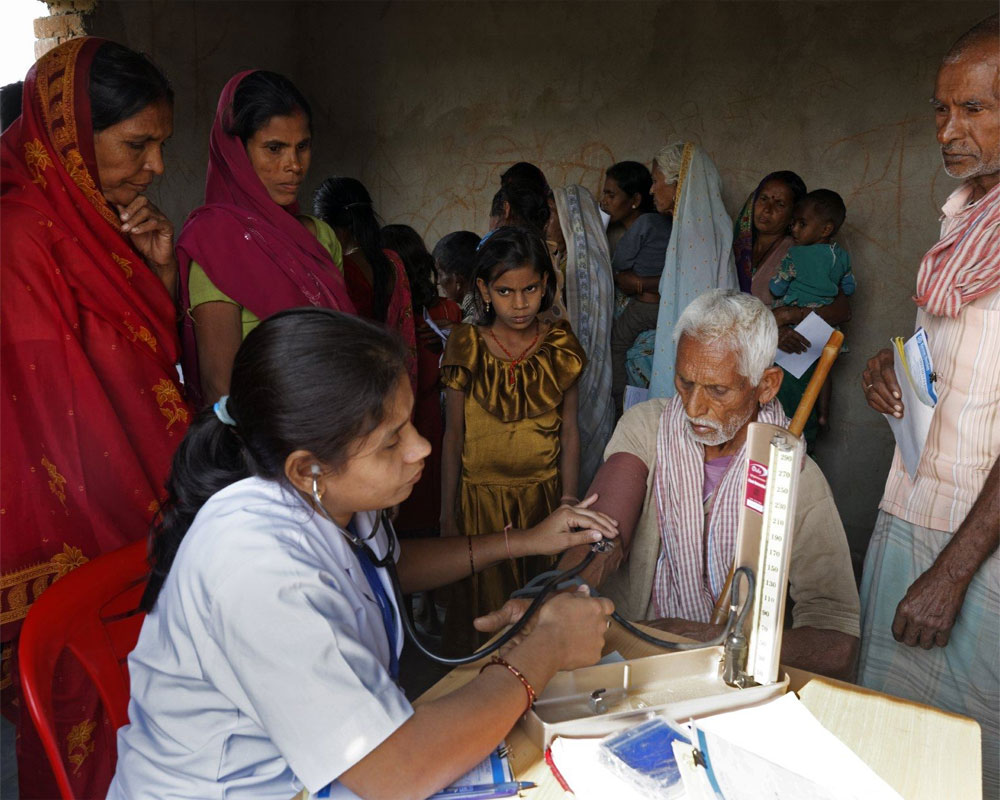 This initiative, which has been described as the "world's biggest healthcare programme" will insure more than 500 million Indian citizens who currently have no coverage. Will "Modicare", as the programme has been labeled, cure what ails India's public health care system?

The answer is maybe. That answer must be equivocal because of the enormity of India's healthcare needs, concerns regarding the adequacy of funding to address those needs, and uncertainty regarding Modicare's implementation.

Healthcare in India today is tale of two groups. The first group is the wealthy and upper middle-class who receive their healthcare primarily from private sector providers. Overall, that healthcare is of good quality and easily accessible but can be expensive.

The second group is the lower middle-class and the poor who receive their healthcare primarily from public sector providers. Overall, that healthcare is of poor quality, difficult to access and the money spent on it is insubstantial.

India's small expenditures are reflected in its healthcare performance. Some of the deficiencies of the current system are:

* The per capita insurance expenditure on healthcare is one of the lowest in the world. Over 75 per cent of Indians have no health insurance.

* Because the states carry the primary burden for healthcare coverage, there is a significant difference in the scope and nature of that coverage across the country.

* There is a huge rural-urban disparity in terms of the quantity and quality of coverage.

* Compared to the rest of the world, India has an average number of doctors but they attend to only one third of the Indian population.

* The lack of adequate insurance coverage and availability of public sector health care causes Indians to have to cover more than 60 per cent of their expenses personally.

Ayushman Bharat is structured to address these conditions. It provides poor families insurance of up to $6,950 (nearly Rs 500,000) for hospitalisation, calls for the establishment of 150,000 health and wellness centres to provide primary care throughout India and emphasises holistic healthcare ideas such as yoga as part of this intervention.

The programme will expand the public health network far beyond the existing governmental hospitals. It will pay public and private sector facilities a fixed rate for covered services. To date, 15,000 hospitals have applied to be certified providers.

This appears to be a solid framework for launching this new initiative. The government has appropriated $1.5 billion for Modicare health insurance for 2018-19 and 2019-20. Of this, $300 million is allocated for the first year of the programme.

This seems like a lot of money. But, $1.5 billion divided by 500 million covered lives means this is only $3,000 per individual -- a very modest amount.

The total allocation also seems insufficient when unknowns are considered: What percentage of the-newly insured will take advantage of their coverage in year one? Who provides payment when an insured individual or family exceeds it coverage? To what extent will private sector providers deliver their services at fixed rates to public sector patients, if they can get full payment from more affluent clients?

Another problem is the issue of implementation and roll-out. The new scheme looks good on paper. But establishing 150,000 health and wellness centres is much easier said than done. This is especially true given that doing this will require extensive collaboration and coordination with India's 29 states and seven Union Territories which have varying levels of capacity and competence.

In sum, this is not a negative or pessimistic perspective on India's new healthcare programme, but a realistic one. Modicare represents a beginning and an initial step that must be taken to bring India's healthcare system into the 21st century.

Some have criticised the introduction of this new programme as a political stunt designed to influence the results of the national elections to be held in 2019. Regardless of why it was done, this action was essential given the sad and sorry state of India's current public healthcare system.

The challenge and opportunity is to continue to move the healthcare ball up the field. The goal for whomever becomes the next Prime Minister should be to make India's healthcare programme not only the "world's biggest" but also among its finest. Accomplishing this will help to move India from a developing to a developed nation and bring it closer to becoming a full-fledged world leader.

(Frank F. Islam is an entrepreneur, civic and thought leader based in Washington, D.C. The views expressed are personal. He can be contacted at ffislam@verizon.net)