How Sikkim became a part of India

How Sikkim became a part of India 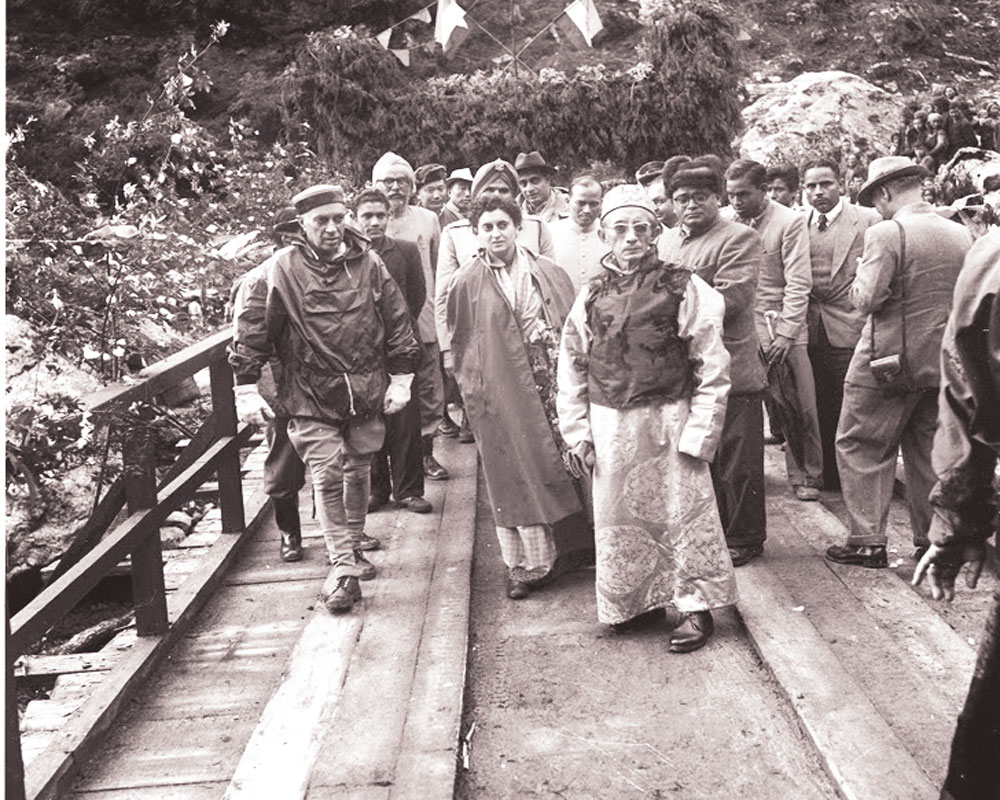 GBS Sidhu gives an insider's view of the chain of events that led to the merger of Sikkim with India in 1975, and outlines the interplay of personalities involved, such as Indira Gandhi, Chogyal, Kazi, and the intelligence agencies

The merger of Sikkim with India in May 1975 was a historic event in more than one way. Firstly, it undid the wrong done by India to the people of Sikkim by denying them the right to accede to, and finally merge with, the Union of India through the signing of the Instrument of Accession, as was the case with the rest of the 565 Indian princely States, which like Sikkim, were also members of the Chamber of Princes and the Constituent Assembly of India, before the country attained Independence on August 15, 1947.

Secondly, to protect its strategic interests in this vulnerable and heavily defended sector along the Sino-Indian border, India no longer had to depend upon the whims and fancies, and the growing unpredictability, of the Chogyal who had long cherished the ambition to secure an independent status for Sikkim like that of neighbouring Bhutan. Imagine the implications of a dissatisfied, sulking or even a revolting Chogyal in the background of a Doklam-like face-off between China’s People’s Liberation Army (PLA) and the Indian Army, with the Communist Party of China’s People’s Daily publication, Global Times, threatening to incite revolt in Sikkim against India.

Thirdly, through it, India’s international borders achieved a finality, which will continue to remain the same unless minor adjustments, if any, are made based on mutual agreements with some of our neighbouring countries with whom we have festering territorial disputes. Though seven more States have been added to the list of member States comprising the Republic of India since 1975 (taking the total from 22 to 29), these were carved out through internal realignments of existing boundaries.

R&AW’s operation relating to the merger of Sikkim continued to remain shrouded in mystery since it was first conceived by legendary spy and R&AW’s founder head Rameshwarnath Kao sometime towards the end of December 1972. It was approved by then Prime Minister Indira Gandhi and launched in early February 1973. It was a unique operation, unlike any other of this magnitude and significance. Within the department, knowledge of its existence was confined to three people: Kao in New Delhi; PN Banerjee, joint director and regional head of R&AW’s office in Calcutta; and the OSD (P) Gangtok, who was head of the R&AW’s set-up in Sikkim.

In Sikkim, initially, only Kazi, president of the Sikkim National Congress (SNC); and SK Rai, general secretary of the KC Pradhan-led Janata Congress, were taken into confidence about the scope of this operation. They were clearly told that the GoI had finally decided to lift its protective hand from the head of the Chogyal. Unlike in the past, when Tashi Tshering’s (president of the Sikkim State Congress) ‘no tax’, ‘no rent’ campaign launched in 1949 was sabotaged by India, it would no longer stand in the way of the pro-democratic and pro-reform demands of the parties that had been fighting for political, administrative and other reforms since India’s Independence. However, Kazi was the only one who was told that India would accept the demand for the merger of Sikkim in case he was able to build overwhelming support in its favour, both amongst the general public and in the yet-to-be-elected Assembly. Kazi, to his credit, did not share this information with anyone else till the last moment.

When I started writing this book, some of my friends advised me against mentioning the role of the R&AW in the merger of Sikkim. I did not know how such a book could be written or what useful purpose it would serve. Appreciating their suggestion made in good faith, I told them that it was Kao himself who had asked me to write this book in 1988. Had there been any chance of me disclosing any information that could go against the interests of national security, an extremely security-conscious person like Kao would not have asked me to write about the R&AW’s role in Sikkim’s merger in the first instance. Actually, there are situations where withholding such information from the public domain any longer becomes counterproductive and allows certain parties or individuals to push forward their predetermined conclusions in the hope that such facts as could counter their hypothesis would continue to remain buried under the thick cover of secrecy.

It was over 43 years ago that Sikkim merged with India. It is high time that the truth behind the merger be brought out. That would help remove the cobwebs of doubt, or even confusion, created in the minds of the people by some others to make them believe that there was no popular demand for Sikkim’s merger and that the State was ‘annexed’ against the popular will of the majority of Sikkimese people, which was not the case.

The truth must be revealed, if nothing else, at least to redeem Kazi, who devoted his lifetime to free Sikkim from the Chogyal’s yoke, but was unfortunately accused of selling his ‘country’ to India. The worst part of all this was that while Kazi was being accused in the immediate aftermath of the merger, of selling his country to India, no Indian agency or person in authority could — or they chose not to — do anything to neutralise such false and motivated propaganda. Instead, they continued to remain mute witnesses to Kazi’s agony.

I joined the R&AW in February 1972. After completing my training, I was posted as JAD (Joint Assistant Director, a post equivalent to that of an under-secretary) in charge of two of the personnel branches. I finally landed in Gangtok to take charge as the OSD (P) Gangtok on August 27, 1973.

Insofar as operational work was concerned, before the merger-related spl ops were launched, the R&AW’s main role in Sikkim was to collect Tibet and China-related intelligence. This had to be shared by the OSD (P) with the Chogyal, Palden Thondup Namgyal, through personal meetings at regular intervals. However, given the new requirements of planning and implementing the spl ops, my predecessor, AS Sayali had, in early February 1973, constituted a three-member team comprising himself, Senior Field Officer (SFO-equivalent in rank to a deputy superintendent of police) Padam Bahadur Pradhan (a Nepalese) and Deputy Field Officer (DFO-equivalent to a sub-inspector) Myngma Tshering (a Bhutia) for the job.

By the time I took over as OSD (P), the developments that followed the anti-Chogyal and pro-democracy demonstrations in April 1973 — in Sikkim in general and in Gangtok in particular — had already forced the Chogyal to sign the May 8, 1973, tripartite agreement with the then Foreign Secretary Kewal Singh and the leaders of the major political parties. This agreement had significantly curtailed the powers of the Chogyal and laid the grounds for holding fresh elections in April 1974 under the aegis of the Election Commission of India (ECI).

The April 1974 elections resulted in a landslide victory for Kazi’s Sikkim Congress (31 seats out of 32). Based on this, the next phase of the spl ops had to be planned and executed. While we awaited directions from New Delhi, we had to ensure that the Sikkim Congress Legislature Party remained a single solid block behind Kazi, and that he was able to withstand or block any Chogyal-inspired move to create dissension within its ranks.

In that context, while the magnitude of the Sikkim Congress’s victory reduced the probability of any serious dissidence within the party, we had to be careful about the moves of some of the senior leaders of this party, such as the mercurial KC Pradhan and the shifty BB Gurung. Also, the Sikkim Congress’s newly developed proximity (encouraged by the R&AW) with the Lepcha group led by Rinzing Lepcha had to be nurtured and strengthened.