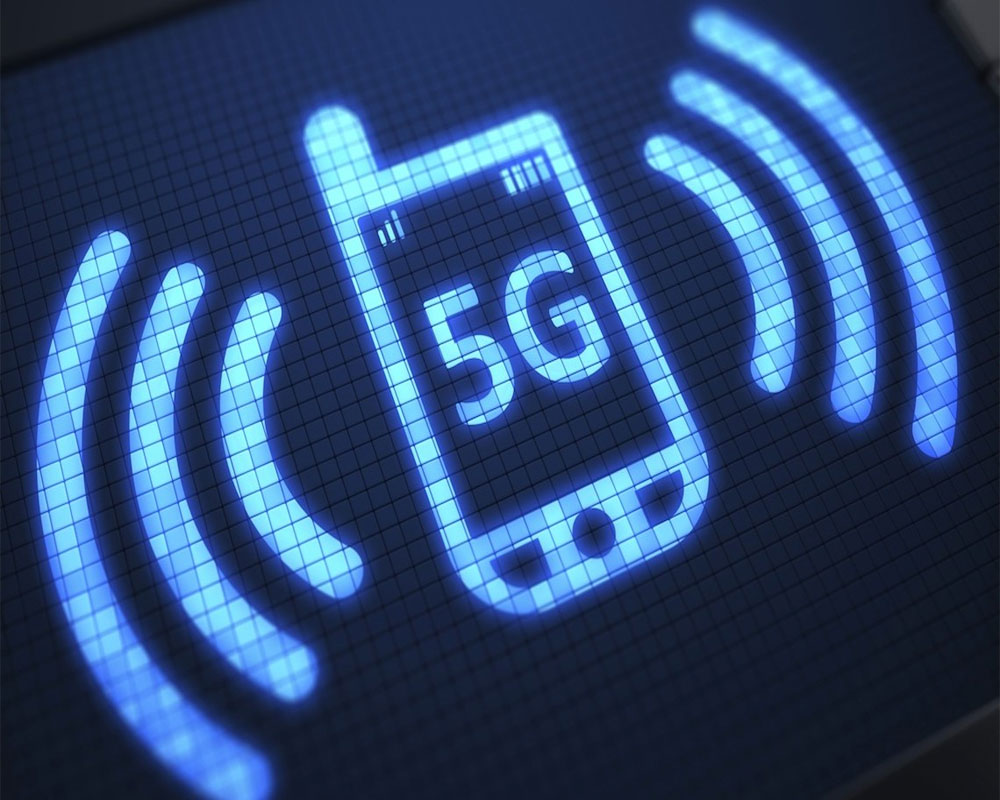 India's 5G dream can only become a reality once adequate fibre connections are installed, as the country significantly lags on this front, Broadband India Forum (BIF) President T.V. Ramachandran has stressed.

Fibre connections in the country have declined and not increased over the years, he pointed out.

"When I came to the (telecom) sector in 1994, India had about 47 million (connections). Now, it has only 20 million fixed-line connections.

"If you are using microwave, you cannot even make use of newer technology... 5G cannot happen if there is not enough fibre," Ramachandran told IANS in an interview.

Ramachandran, who is the founding President of the industry policy forum, observed: "Pre-dominantly, in other countries, broadband is generally wired broadband, whether you call it landline or optic fibre that has got limitless capacity... so that is always the basis for broadband in most countries."

He was of the opinion that although the reach of mobile broadband is increasing, it has to work with fixed-line broadband.

Explaining the need for fibre connectivity, Ramachandran said although mobile broadband is on the rise, "ultimately, mobile traffic has to hauled back on fixed line".

"Microwave does not have the capacity to carry heavy data. So, it is inevitable that you need a fixed-line connection," he emphasised.

The BIF President, however, was optimistic about the government's emphasis on the issue as it plans to set up a National Fibre Authority.

The Ministry of Communications in the National Digital Communications Policy, 2018 released on September 26 said it would create a National Fibre Authority to accelerate fibre deployment in the country.

Speaking on shortage of Wi-Fi hotspots, Ramachandran noted that the country currently has just around 35,000. "For India's size of population, we don't have eight million hotspots, or even one lakh at the moment," Ramachandran stressed.

The recent announcement by the Communications Minister Manoj Sinha at the India Mobile Congress (IMC 2018) that telecom operators would roll out one million Wi-Fi hotspots was a "big beginning", Ramachandran noted.

He also said that the Department of Telecommunication's decision in October to delicense 605MHz (megahertz) of the 5GHz (gigahertz) band would increase the availability of radio-waves by 12 times of the existing capacity.

The decision would help in removing one of the major barriers cited for creation of hotspots -- the lack of availability of sufficient delicensed Wi-Fi spectrum, Ramachandran said.

Despite the challenges in the sector, he is hopeful that 5G connectivity would be commercially rolled out in the country -- in particular regions if not nationwide -- in 2020.

Major trials would be required for around a year in 5G and "2019 is the year for trials", he emphasised.

The government has laid down a 2020 timeline for the launch of 5G connectivity in the country.

"I would think 2019 will go in for progressively build up... It has to be in Delhi, Mumbai, semi-urban and rural areas. All these will have to be covered and we will need a lot of time for that. So, that phase I foresee In 2019," Ramachandran explained.

On being asked about the likely disruption in the fixed-line broadband market with the upcoming entry of Jio GigaFiber, Ramachandran, a former Director General of the Cellular Operators Association of India (COAI), said it is "clear" that another disruption would happen.

Describing the disruption of 2016 as "painful", he said a shake-up had been due for long, adding that it had ultimately resulted in a "sustainable" market.