A room of one’s own

A room of one’s own 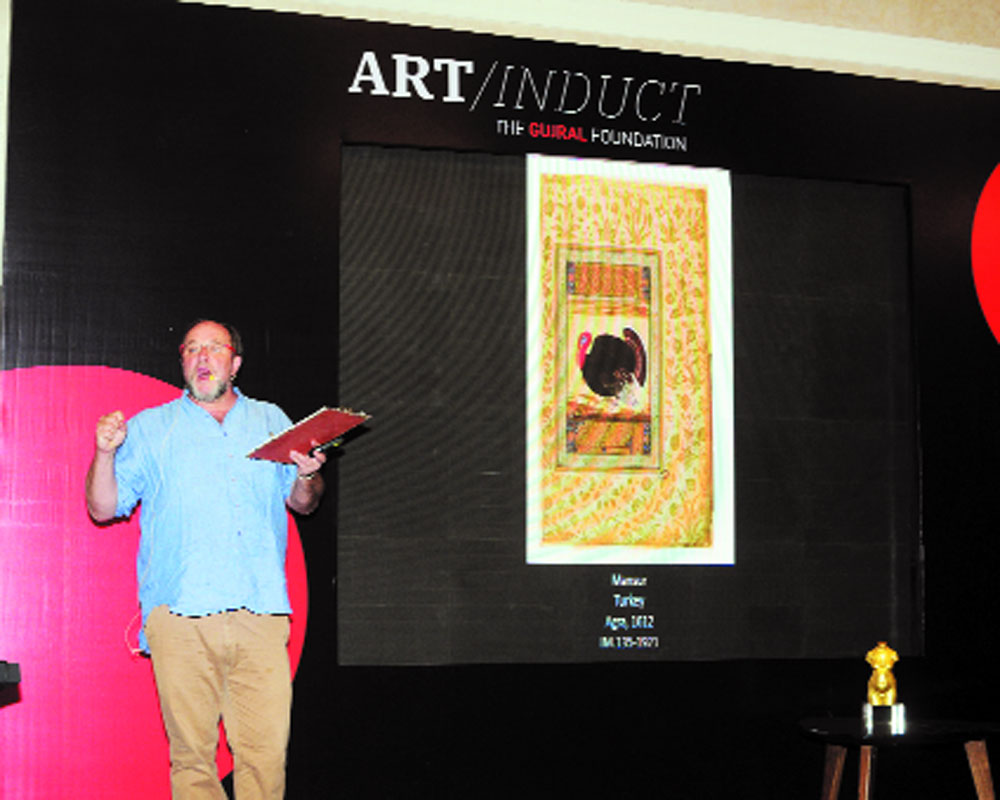 Art patron Feroze Gujral explains the lacuna in infrastructure and policy that hinders appreciation of our creative heritage and elaborates how she is documenting untold stories. By Asmita Sarkar

An amalgam of cultures in the 1870s India was not unheard of though not talked about much in contemporary times. “Those blurring of lines between the social, sexual and the creative can be noted in the Company paintings, which had Mughal-trained artists drawing Victorian-inspired botanical paintings that were expected to have scientific accuracy. However, the art style was quirky to say the least. Some of the paintings in the style categorised as Company paintings are nowhere near scientific and instead lie close to being abstracts. These basic annotations to Indian art were mostly unknown and now a string of exhibitions will make these more accessible,” said William Dalrymple, while taking a master class on the subject.

In a series of presentations, the historian talked of how paintings on flora,   fauna and everyday life documented India beyond the official story. For example, there was Lady Impey, wife of Lord Impey, the first chief justice of the Supreme Court of Judicature at Fort William in Bengal, who commissioned Sheikh Zain al-Din, Bhawani and Ram Das, who were probably brothers, to draw   whatever she fancied — shawl goats, storks and cranes. A candid portrait of Sir David Ochterlony drew laughs from the audience as it revealed an unknown facet of him. The man was dressed in Indian clothes while smoking a hookah, likely opium than tobacco, and had wives or maybe courtesans around him. Ochterlony had 13 Indian wives. His British ancestors looked down at him from their perch on the walls inside wooden frames. Dalrymple joked that those ancestors were likely appalled at what they saw. According to the author, Company school paintings were the most underrated and underpriced and could be bought at as little as 15,000 pounds apiece but were rare documents of social and cultural history and could help us reassess perspectives.

The physical and the performative  were porous and flowed into each other  at Bikaner House where the Allure of India exhibition, a tribute to Company paintings, was held. For the uninitiated, the event was organised by the Art Induct series of  The Gujral Foundation to develop an awareness of contemporary art forms and practices. Model-turned art connoisseur Feroze Gujral is pursuing a new passion, building value for Indian arts  both domestically and internationally, something that is lacking at the moment. She thinks  that Indians are too blasé towards unique creations since it is routine for them but the only way to garner attention and create value is to acknowledge the customised nature of the products. “We each wear an individual saree. No two are the same. We don’t realise that there is very high custom design in the rest of the world. It is high couture to get a single outfit made by somebody. My house help, you, me, everybody has a singular garment that is spectacular. We don’t think that’s rare. We have hand-woven carpets, wall decor and jewellery but nobody realises how unique they are,” said she.

Asked how the arts battles mass production, Feroze added, “There is no mass production of our theatre, workshops or dance shows. There are  films and the entertainment industry, the only creative disciplines  that have managed to do that to India. Even literature is not. We have at least 24 languages and 113 dialects, which make us so unique. All of this needs to be curated and made relevant through discussions.”

All the more reason for us to address the shortfalls in infrastructure, policy and generate awareness. “We have a lack of museums and infrastructure. There are not enough spaces for the pursuit of arts, workshops and studio spaces. For example, we have tried hard to organise spaces for the Kochi Bienniale. We facilitate and provide spaces, big and small. Mentorships and partnerships are also lacking and we try to give advice too,” she said of her initiative.

However, she sees a change in attitude towards reception and acceptance  of arta in the country. “Thanks to the internet, people  are beginning to think it’s cool to become an artiste. It’s possible as a lifestyle and as sustenance instead of a regular salary. It’s possible alongside being married or having a job. Today, we had a lone gentleman in the audience who works in natural gas and oil but is a painter. It’s wonderful that he can be uninhibited about it. Most Indians would not say ‘I’m a housewife and a dancer’ with confidence, as if the pursuit of the arts was nothing more than a hobby, not even an added skill set. Now there’s a new-found pride in saying so. So far, becoming an artiste was a rare career choice. No mother would say that ‘Ok darling, don’t do engineering’ but it’s beginning to happen now,” she said.

Apart from the Venice Biennale, the foundation has also partnered with the London Design Biennale and have exhibited in Berlin as well. “Internationally, there is very low visibility of contemporary and high visibility of craft and textile. Those skills are still known. People can identify if a textile is made in India. Lot of the Indian fashion to the Western world is costume. When they look at an Indian wedding, it’s costume. There is a fantasmic idea. Nobody thinks India is great for ceramic, terracotta or sculpture. There is a lot of curiosity and reverence to the ancients like the Taj Mahal, miniatures or Company paintings. Contemporary India’s art has not received the same attention but having said that, we are a very young country, we are only 70 years old and we can yet change discourse,” she said.

Along the way, she’s faced not just  hurdles in doing the kind of projects she wants to but faced constraints in the audience as well. “People don’t understand or come with the enthusiasm,” she concluded.

“The project was meant to be an introduction without making art academic or distant. We collaborated with YFLO because they are perceptive and from the industry. We can’t do random open groups because it doesn’t come with a cohesive nature of the right age group or education,” said Feroze.

With sessions on contemporary dance, art education, design and more, the event tried to touch on art practice and practioners and platforms available to them. As a foundation it also establishes patronage for artists from India providing funding and a platform.

“We always give the funding. It comes from us. We do, for special projects, try and get patrons or sponsors or support in different ways, but it’s hard. The only project we raise money for is the Venice Bienniale but that was because it was international. That’s the only time we have asked for money in 10 years and we gotten money in that time. So people like Radhika Chopra and Rajan Anandan from Google, they gave us a large amount instantly because they believed in what we were doing. People from the art world like Dinesh Wazirani, Vikram Gandhi from New York, Ratan Chaddha from the UK and Netherlands. A lot of Indians understood the value of showcasing India. The rest of the time, we don’t have a strong programme but we are starting one now. We also feel that we have done enough now, so it’s not just about getting funding but clever money,” said she.