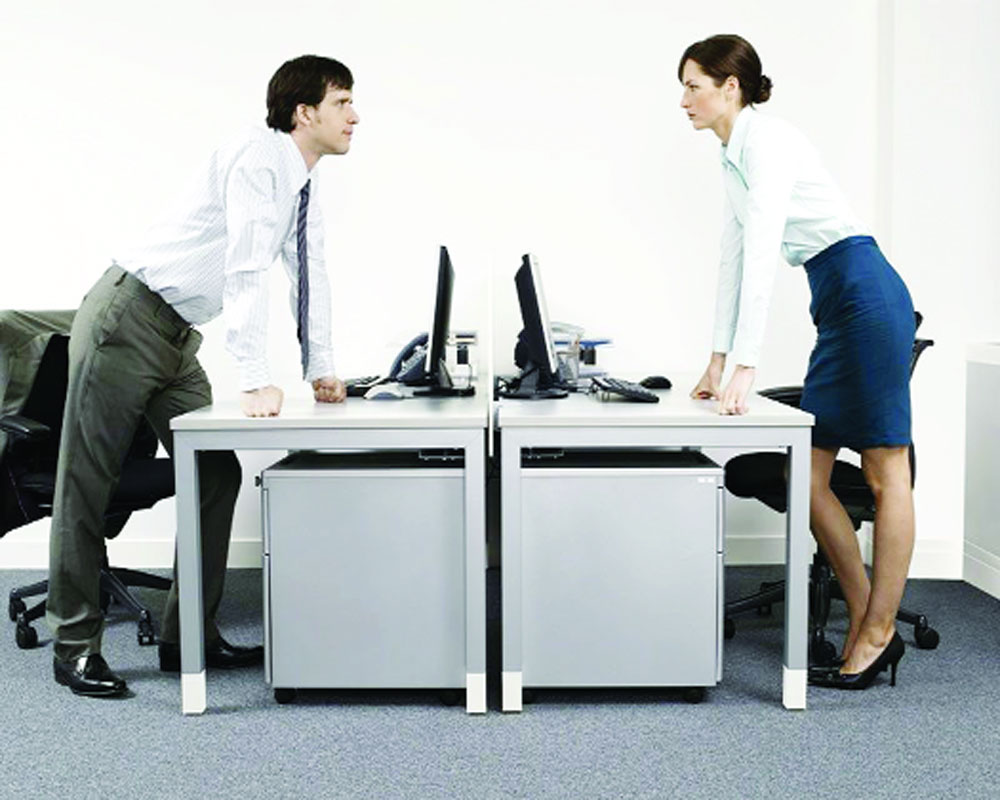 The #MeToo movement, which started in the West, travelled to the Hindi film industry and had widespread ramifications on the Indian media, has finally made its presence felt in the ordinary workplace. Positively though. If a recent survey is to be believed then 80 per cent of males have become overly cautious in their interactions with women colleagues in the wake of the #MeToo movement. Perhaps out of respect and fear but at least they know that they cannot tweak the rules of social engagement.

The same percentage of respondents feel that it was the fear of losing career, family reputation, social stigma and scepticism which could be one of the reasons for #MeToo victims not reporting the cases earlier. But harassment, it seems is not restricted to the workplace as 71per cent of the respondents say that #MeToo is prevalent at homes as well. However, majority of these victims don’t talk or report these incidents. The support of NGOs was suggested by 58 per cent of females to help the #MeToo victims at homes.

The way to go about making women break their silence about the abuse was to make them independent, say seven in every 10 respondent.

In India, #MeToo has spread virally as a hashtag on social media reflecting the prevalence of sexual assault and harassment directed towards women. In recent times there has been a flurry of cases being reported cutting across varied walks of life, varied age groups and multiple industry segments. So Velocity MR, a market research and analysis company, conducted a pan-India study to understand the concerns and viewpoints of urban Indians. The study featured a sample size of 2,569 covering prominent Indian metros including Mumbai, Delhi, Bengaluru, Kolkata, Hyderabad, and Chennai.

However, what was clear was that 50 per cent of the respondents feel that working or not, all women are equally vulnerable to the abuse but four  in 10 respondents said that working women are prime victims of #MeToo. Moreover, six in 10 believe that mental/emotional pressure from seniors is a major reason for the harrasment.

What was interesting was the fact that many of the respondents felt that it was not just women who were victims of harassment. However there were doubts about the veracity of the allegations as well as 83 per cent of the respondents believe that there are cases of false allegations in the wake of #MeToo. In spite of that four out of five respondents were hopeful that this would bring about a good change. Close to 50 per cent respondents disapprove the move of the victims in reporting the abuse later but two in five males support the victims and say that they are right in reporting the abuse even when it is done much after its occurrence. Moreover, seven in 10 respondents agree with the statement that even after reporting the cases, victims are still facing threats.

Although the majority of cases coming up in #MeToo are from media, Bollywood, other industries are not considered safe by close to 77 per cent of the respondents. What was also a revelation was that seven in every 10 feel abusers are not only the powerful men as the act and attitude cuts across the socio-economic strata. Majority of respondents believe the time has come for us to stand together in support of the victims to make sure that every single victim can break the silence and speak up.