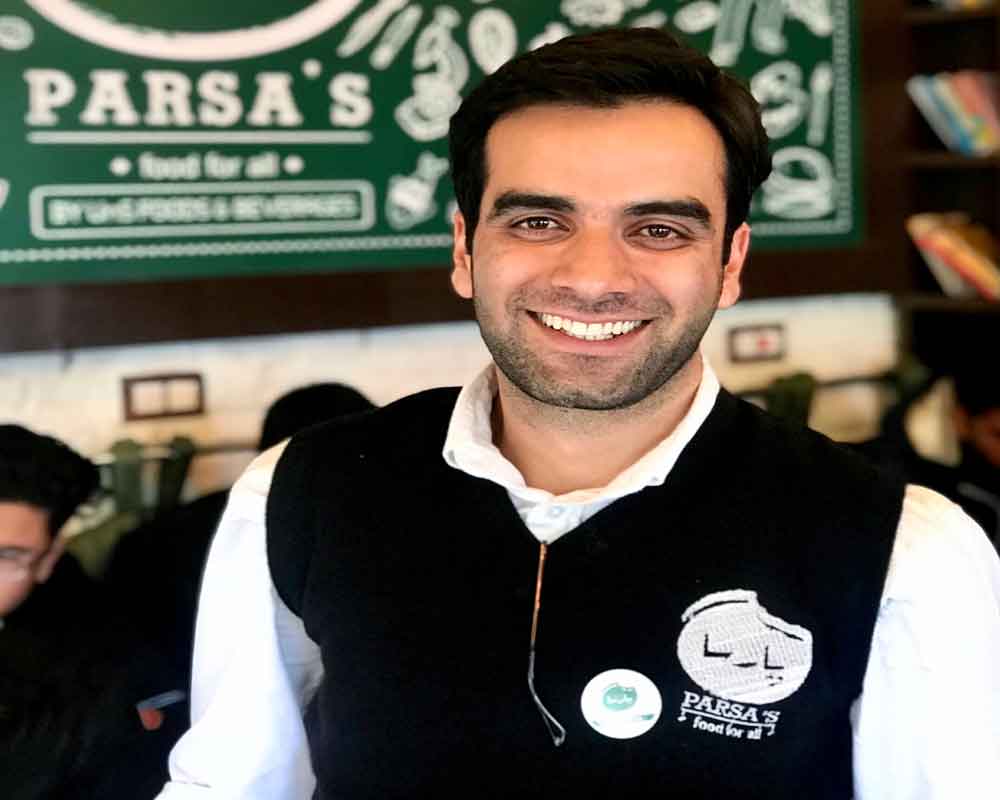 Kashmir's largest food chain, Parsa’s, is all set to roll out its eleventh outlet in Delhi on June 20th. While innumerable businesses sprout around us every single day, not all of them are fortunate enough to see success . Founded by 30-year-old, Javid Parsa, this enterprise started as one tiny franchise outlet.  Within a year of the launch of brand Parsa's, this pocket-friendly kathi roll joint quickly took Kashmir's restaurant scene by the storm. Parsa’s delectable Kolkata-inspired kathi rolls became an instant hit among the Kashmiris and Javid is confident of recreating the same success outside of his home state.

Javid’s story is one of grit and relentless perseverance. Hailing from a tiny Kashmir village in Bandipora, Javid had always dreamt of becoming his own employer. His love for food, people and the idea of self-sustenance gave birth to a business which is now more of social movement. With all the outlets housing popular libraries and regularly hosting literary, cultural as well social awareness events, brand Parsa’s has not just redefined the restaurant business in Kashmir but also given a much needed boost to the entrepreneurial and creative sectors. This success has not been without its fair share of struggles as Javid saw his business on the verge of closure twice, once pre-rebranding, during the 2014 Kashmir floods and then again in 2016 while planning the launch of brand Parsa’s.

Branded as the ‘Selfie King' in Kashmir, the young entrepreneur, proved to be a digital age marketing savant by solely relying on his vibrant social media presence to connect with the customers and general public alike. Parsa’s incredible success landed it the Blue Canvas Eminence Awards for best business chain in Jammu and Kashmir in 2018. Javid's passionate enterprise has invoked the entrepreneurial spirit in the youth of Kashmir and is now ready to branch out into other states of the country, starting with the capital city.