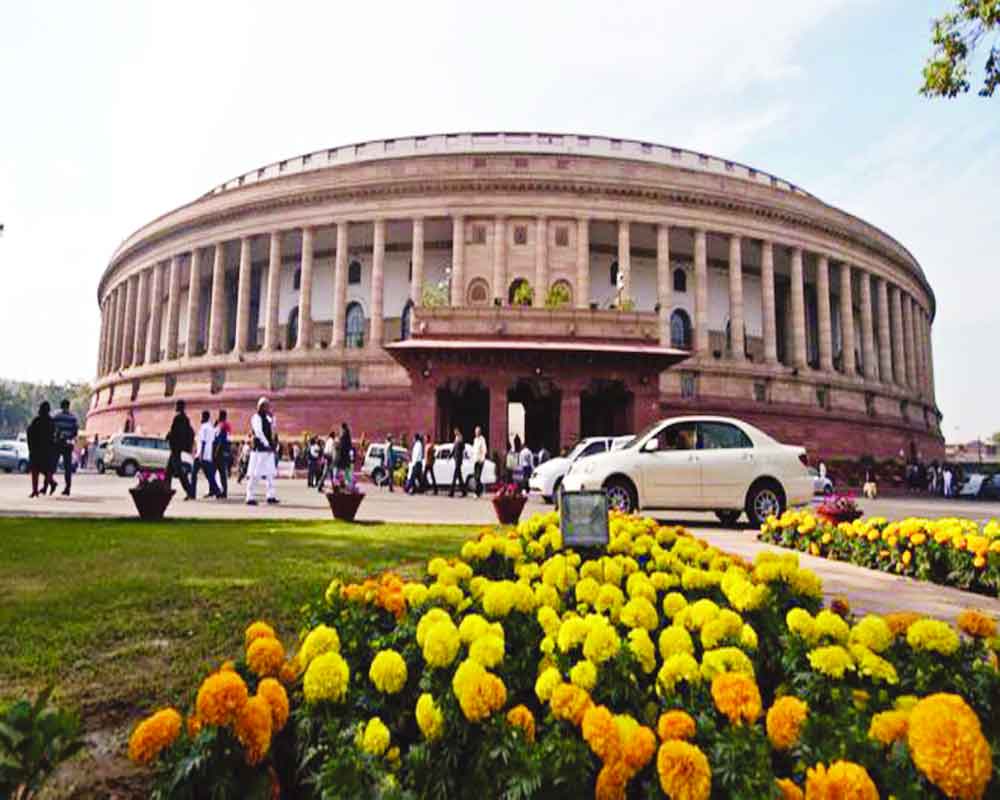 We all know that technology, especially the internet, is the major disruptive force that is changing everything and turning every model, known and unknown, on its head. At a basic level, it is connecting the average citizen to information and data and empowering him/her in an unprecedented way — in both good and bad ways. This puts all institutions under pressure to change and adapt — and more so Parliaments and parliamentary representatives.

India is the world’s largest democracy at 70 years. It is vibrant democracy and is also leading the charge on technology. So, it’s inevitable that we use technology to further transform legislatures and make them more effective, responsive, transparent and accountable.

We must bypass the temptation to make this transformation a debate only about what the latest cutting-edge technology is, but rather about focussing on the following outcomes of:

i) Increased efficiency, capacity and capability for MPs — in responding to citizens, legislation and executive oversight,

ii) Increased participation of the citizen and,

iii) Increased trust, transparency, responsiveness of Parliament as an institution.

To make Parliament an effective institution to deliver good governance, we must focus on the following:

That approach starts with every public representative being technology-enabled with tools and training. Digitally enabling Parliament is only fully effective if citizens are also online. So, while India is one of the world’s largest connected countries, it still has one of the largest unconnected citizenry. In the last four years or so, we have rapidly grown to about 400 million internet-connected citizens, and hopefully by 2022, which would be our 75th Independence year, we will have close to a billion Indians connected to the internet and, therefore, connected to their representative, government and legislature — seeking out information, services and accountability.

2) So, flowing from that, transforming the connect between representative and constituents and creating visibility and reporting of a MP’s work in Parliament become the second part of our strategy. Every member has a portal with all his work updated, for his or her constituents to see and critique. This has a major impact on quality of debates and interventions and indeed in the interaction between constituent and the parliamentarian.

We have already created parliamentary portals and search engines that have digitised the archives and current work of Parliament and parliamentarians — and make them easily available. The future would be to include public e-consultation of legislations directly through the Parliament portal and platform and thereby address the issue of representation and participation. We must take these portals and platforms out to the youth in a way that they tune into politics and find Parliament an institution they can relate to.

4) The fourth is Parliament as an institution for oversight of the executive where parliamentary questions (PQs) are being digitised and made available. In a country where legislatures — Centre and State — have to deliver important goals on poverty, security and other social services — debates and oversights that are based on data and facts are very important to review the performance of the executive. While Budget documents and other financial data are already on online databases, we must also publish social security and spending programme data and performance online.

We must create a web-based Geographic Information System (GIS), which provides up-to-date information about sites of important projects funded and spearheaded by the executive. This enables MPs to sharpen their oversight roles.

We need to create a dedicated social media portfolio to optimise citizen participation in following up on executive commitments and evaluating progress. WhatsApp, Instagram and YouTube, for example, can be a portal for citizens to give reports on actual conditions and progress made, thus holding the executive to account.

In the future, we should enable Parliament platform gatewaying and interfacing with the MyGov governance platform, which is the way technology is being embedded and transforming decades-old way of governance in India.

The present Government, led by Prime Minister Narendra Modi, fully recognises the risks of technology to democracy and security, risks that range from fake news impacting democratic process to content that enables security problems to the issue of personal liberty arising out of data privacy inadequacies. These issues are being carefully worked on — using a combination of legislation and creating capacities within regulators— including the most important issue of citizen awareness in mainstream politics and democracy.

The Modi Government believes technology is the way to empower the citizen and transform Parliament and democracy for the  future. It’s not a choice but an absolute need to remain relevant. The Indian Parliament is firm in its commitment to realise this. All parliamentarians should support each other for this transformation of our parliamentary institutions by digitally enabling them.

We must ensure this transformation and enabling process as not being restricted to the Parliament alone, but to move this model, once successful, into the two other tiers of our democracy — state legislatures and legislators and city/ village councils and councillors — that is over 700,000 mini and micro legislatures with elected representatives.

(The writer is a Member of Parliament)