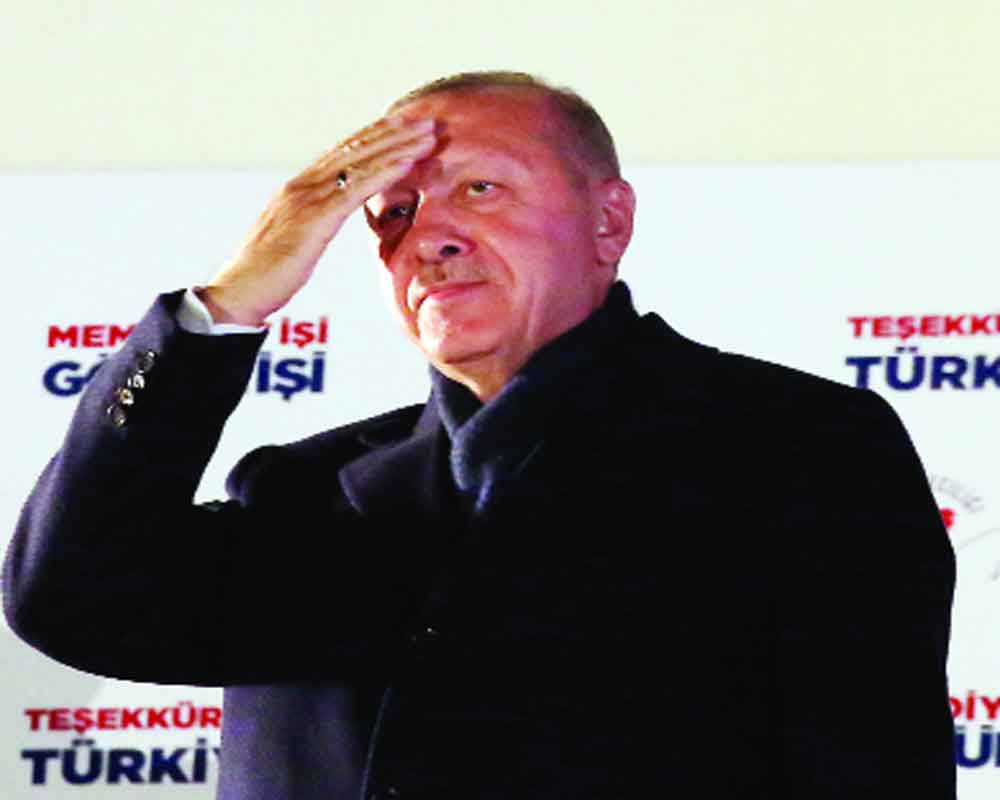 The Turkish President may have lost the local elections but he is still holding, for now

Coups, even if they are unsuccessful, tend to fatally weaken leaders in most parts of the world. The events of the evening of July 15, 2016, where a faction of the Turkish armed forces led an attempted coup against Recep Tayyip Erdogan, the President of Turkey, did not have such an impact. It strengthened Turkey’s leader as he used the coup as an excuse to act against his political rivals, particularly the followers of Fetullah Gulen, the leader of an Islamic sect whom Erdogan despises. Gulen’s continued presence in the United States is a major reason Erdogan, a leader of a NATO nation, has been gradually pivoting towards the Russians, all the while pursuing an aggressive policy against both American and Russian interests in Syria. He has leveraged his immense political strength at home to project himself as a new Ottoman Emperor, the leader of the Islamic world in a matter of speaking, particularly in his battles with Mohammed bin-Salman, the young crown Prince of Saudi Arabia. He has made the re-establishment of Turkey’s once awesome power as the Ottoman Empire a centrepiece of his policy and that is reflected in much of what he does.

In all this, the political power at home was unquestionable, the AK party that he ruled had even managed to neuter the once powerful Turkish armed forces and had imposed a soft Islamism on the secular state founded by Mustafa Kemal Ataturk. He railed against the media and increasingly had critical outlets shut down. In his actions and policies, both domestic and abroad, Erdogan was the archetypal strongman. But he never undermined Turkey’s democratic nature and the electoral process although some of his changes, including giving the vote to Turks living abroad, did consolidate his hold on power. So while five of Turkey’s six biggest cities voted the AK party out in local polls, it must not be seen as the beginning of the end for Erdogan. The electorate for these elections is completely local and civic issues dominate. So much like in India, extrapolation from local polls to a national level is impossible. While Gulen continues to have millions of Turks as supporters, by being in effective exile in the United States, there is no unifying opposition leader in Turkey strong enough to stand up to Erdogan. The results of these polls may be worrying for his tenure but do not in any way signify the end of the road for him. If there were national polls for Ankara today, he would still win comfortably.