From tokenism to critical mass

From tokenism to critical mass 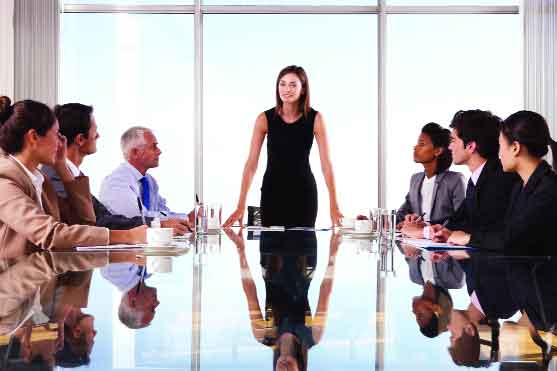 The number of women directors in corporate boards needs attention. Appointing only one woman director would seem to be inexpedient as she will be stereotyped and ignored

The corporate landscape has long been dominated and characterised by men and is still skewed in their favour. In 2013, the archaic Companies Act, 1956, underwent the much-needed amendments. This infused critical measures of gender equality into today’s corporate scenario. Subsequently, in a knee-jerk reaction to the regulation, women representation on corporate boards jumped substantially. According to a report by Prime Database, from a mere five per cent female representation in 2012, the board’s composition is significantly more inclusive now with women constituting around 13 per cent (622) of the total directors (4,690) in the NIFTY 500. Without accounting for multiple directorships, there were a total of 477 unique women directors in these companies. Although India is improving gender diversity on boards, it still lags behind on the world stage.

Worldwide, gender diversity in boardrooms continued on an upward trajectory; although at different paces. Norway is the first country to introduce at least 40 per cent women directors on boards in 2003 and had the highest percentage at 46.7 per cent in 2017. This was followed closely by France, Sweden and the United Kingdom at 34 per cent, 33.6 per cent and 20.3 per cent respectively, according to the Credit Suisse analysis. The biggest improvement in board diversity was seen in western Europe, which saw an increase from eight per cent women directors in 2004 to 26 per cent in 2016. Gender diversity in boards is relatively stunted in the United States at 17 per cent when compared to the European nations. Canada, on the other hand, has shown notable diversity progress with its Prime Minister appointing 15 women and 15 men in his Cabinet in 2015. Asian countries, however, lag behind with China at eight per cent, followed by Singapore (7.9 per cent) and Indonesia (six per cent). The situation is acute with some of the biggest Asian businesses like Samsung, Softbank, Baidu and Hynix having all-male boards.

There were some initial concerns that a sizeable portion of new women directors belonged to the promoter’s family and members were being appointed in a non-executive capacity just to comply with the norms. But latest data invalidates this assumption. According to Prime Database, there were only 98 women promoter directors (16 per cent) in the NIFTY 500. Of this set, 50 per cent were executives and were driving the company in a leadership capacity. This implies that a bulk of the women getting appointed had professional experience and expertise. This suggests that companies are not paying mere lip-service to the regulations by promoting family members but have also internalised the legislative intent of the mandated thresholds.

The contribution of women directors to corporate value-creation has been widely studied. Most of these studies make the “business case” for more women on corporate boards, arguing that if a segment of society’s talent is systematically excluded from boards, not because of talent but gender, then such boards are sub-optimal. Despite these arguments, in most corporate boards, there is only one woman or a small minority of women. As such, they are often considered tokens because of their under-representation. The relevant question to ponder upon is whether an increased number of women directors leads to the build-up of critical mass that substantially contributes to firm innovation?

Arguments for a higher number of women in corporate boards are numerous but in many countries, women, who serve as board members, are still tokens. But who are tokens? It is a researched fact that the majority exerts more influence in a group of people than minorities do, by virtue of their greater numbers. Minorities are easily marginalised when their presence in a larger group is modest. Due to their under-representation in the group, they are viewed as a symbol or token. The members of the majority are ‘dominants’ while the remaining minority members are seen as ‘tokens’. And for these tokens, stereotyping could result in the perception of barriers to exerting influence on decisions in the group.

Moreover, tokens are perceived negatively, sometimes with downright derision and are often doubted and not trusted. As a result, being labelled as a token often creates discomfort, isolation and self-doubt. Being perceived as a token can even interfere with performance. In fact, because of their high visibility, tokens face additional performance pressures and are singled out because they are different and not because of their own particular accomplishments. These reactions to tokens seem to occur whether the token is a woman or a minority in a larger group.

However, when the size of the minority group increases to the point that it is no longer a token, the perspective of board members and the nature of relations between the minority and majority change qualitatively. Therefore, the influence of a minority in a group depends upon the strength, immediacy and number of its members. Critical mass theory, in particular, suggests that the nature of group interactions depends upon size. When the size of the sub-group reaches a certain threshold, or critical mass, the sub-group’s degree of influence increases. In other words, this theory suggests that when the minority group reaches critical mass, a qualitative change will take place in the nature of group interactions.

Being a token has three behavioural consequences, namely visibility, polarisation and assimilation. Visibility implies that tokens find themselves being watched all of the time, resulting in perceptions of performance pressure. In this situation, there are perceptions that even small mistakes can be fatal and tokens feel that they have to work harder to receive recognition for any individual achievements. At the same time, tokens may perceive a pressure not to out-perform dominants and some will choose to become socially invisible and maintain a low profile. Polarisation implies that the dominant group feels threatened or uncomfortable around tokens and, therefore, they heighten their boundaries by exaggerating their commonality and  their differences vis-a-vis tokens. The majority may, thus, exclude tokens from informal networks where important socialisation takes place and as a result, the tokens may experience social isolation. Finally, assimilation implies that tokens are forced into stereotypical categories defined by dominants. Tokens are then not seen as they really are and the majority group forces them into limited and caricatured roles. Expectations as to what is “suitable behaviour” for a woman are an example of this. Importantly, these three mechanisms are predictions of how the dominants behave towards tokens, as well as the subjective reactions of the tokens in terms of their own status.

Therefore, the question is: How many women should be a part of the board to elevate their position from mere tokens to critical mass? Women, as minorities in a male-dominated environment, have little chance to exert influence on the organisation until they become a consistent or significant minority. Above that point, they could begin to effect organisational changes. Recent studies of women on corporate boards suggest that the critical mass of women directors is reached when boards of directors have “at least three women” who can influence the dynamics and thought processes among  members.

Additionally, having “at least three women directors” makes the boards more heterogeneous and allows majority-minority interactions and processes to take place, thereby enabling the overall board to take high-quality decisions. This view is also supported by other studies suggesting that heterogeneous groups produce higher quality decisions than homogeneous groups on complex tasks and generate more innovative solutions. It is also well recognised that pressures for uniformity are an impediment to good problem-solving and homogeneous groups may hamper innovation because high levels of cohesion produce pressures towards conformity. Therefore, heterogeneity, assuming that persons differing in category will provide diverse approaches to problems and, therefore, overall performance will improve, is considered valuable.

The size of the minority group of women directors requires particular attention: Appointing only one woman director would seem to be inexpedient since as suggested by tokenism theories, they will be categorised, stereotyped and ignored by the majority group (of male directors). Thus, policy-makers should move from “at least one woman director” to more and ensure that women reach a critical mass in the boards to be able to have higher influence and say.