The great wall of nature

The great wall of nature 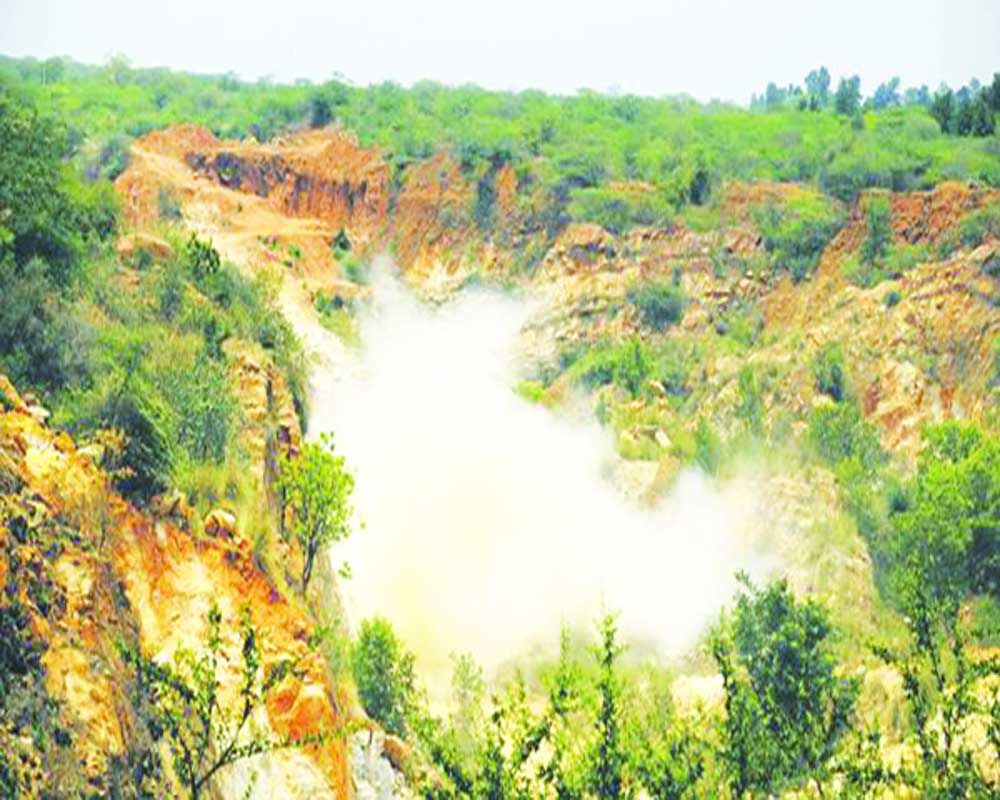 The proposal for a 1,400km-long green corridor along the Aravalli range, which is still in the planning stage, is a remarkable step forward in greening the country

Former Prime Minister of India IK Gujral was one of the most scholarly and well-read leaders we have had. At a public function organised by this writer, he mentioned that the battle of Panipat took place at that location only because it was the southernmost location, which had an open area suitable for warfare. According to him, right from the Khyber Pass to Panipat, the entire terrain was heavily forested where conventional warfare of that period was not possible.

A recent news report mentioned that the Government is planning to build a 1,400 kilometre-long “great green wall” of India.  If this project receives official sanction and is backed by innovative institutional arrangements for its implementation, it would mark a remarkable step forward in greening India because we, as a nation, have failed to seize the importance of greening our degraded and deforested land.

The Green India mission was one of the eight key missions included in the National Action Plan on Climate Change.  The purpose of this operation was to protect, enhance and restore India’s decreasing forest cover and act on the growing extent of climate change through a combination of mitigation and adaptation measures. Unfortunately, the mission has been grossly under-funded. A report by the Parliamentary Committee, titled, ‘Performance of the National Action Plan on Climate Change (NAPCC) pertaining to Ministry of Environment, Forest & Climate Change (MoEFCC)’, quotes MoEFCC as stating that the “budget allocation of Rs 47.80 crore for FY 2017-18 is grossly insufficient. The committed liability of FY 2015-16 and 2016-17 is Rs 89.53 crore, which is more than the budget allocation of FY 2017-18.”

Expansion of population and encroachments by humans on forest land and the habitat of other species have not only reduced forest cover since independence but has also led to poor forest density even in those areas, which are regarded as forest land. The proposed “green wall” of India is planned to establish a green belt from Porbandar to Panipat and would help restore degraded land through afforestation, particularly along the Aravalli hill range, which covers Gujarat, Rajasthan, Haryana and Delhi.

It is well-known that the Aravallis have been heavily degraded in several areas, particularly in Haryana, as a result of the nexus between politicians and the builders’ lobby.  The establishment of the “green wall” would provide an effective barrier for dust coming from the deserts in Western India and Pakistan. It is now well-established that dust from deserts can travel large distances as has been seen with dust from Saudi Arabia travelling to northern parts of Europe. This writer has always advised officials in the Middle East, including a former Saudi Oil Minister, “Please convert your oil wealth to soil health.”

Recently, the Conference of the Parties (COP 14) of the United Nations Convention to Combat Desertification (UNCCD) was held in India and as a follow-up to that event, India can and should set an example for other countries that are threatened with desertification.

The UNCCD is an agreement to combat desertification and mitigate the effects of drought, based on long-term strategies and national programmes, supported by international cooperation and partnership arrangements. It was in 2006 that in order to gather support for the convention, the UN declared that year as the “International Year of Deserts and Desertification.”

The convention has thus far been ratified by 190 States and the European Union (EU).   However, on March 28, 2013, Canada became the first country to withdraw from it but reversed this arrangement on March 21, 2017.

In hosting COP14 of the convention, India made a major impact on this expanding problem in different countries of the world. Prime Minister Narendra Modi in his address to this conference stated: “I call upon the leadership of UNCCD to create a global water action agenda, which is central to land degradation neutrality strategy.”

It further states: “Many activities for combating desertification can contribute to climate change adaptation with mitigation co-benefits as well as to halting biodiversity loss with sustainable development co-benefits to society...Preventing desertification is preferable to attempting to restore degraded land due to the potential for residual risks and maladaptive outcomes.”

The UN system, as is widely known, is currently under-funded and is actually facing a serious crisis. For several years now, there has been a growing realisation that the UN system needs to be restructured and reformed, starting, of course, with the composition of the permanent members of the Security Council, of which India should have been admitted as a member years ago.

In the case of the UN Framework Convention on Climate Change (UNFCCC), the Convention on Biological Diversity (CBD) and the UNCCD, there are distinct overlaps. Clearly, actions under one convention would have implications for the other two.  The drivers of change underlying these three conventions are common, namely the increase in human society’s ecological footprint as Gandhiji had warned us about all his life. It is to be considered whether a comprehensive convention, which covers climate change, loss of biodiversity and desertification, may be far more effective than fragmented actions being taken under each of these conventions.

As far as India is concerned, the advance of desertification has negative implications for the country as a whole. To that extent, therefore, the “great green wall”, which is being considered, would be an excellent initiative. However, just as in the case of acid rain in North America, which crosses national boundaries and, therefore, required a regional solution, it would be important for South Asian nations to cooperate on activities, which involve similar initiatives in Pakistan, Afghanistan and Bangladesh as well. Given that nature respects no political boundaries, we need to promote common solutions to problems that are regional in nature. Terrorism should give way to terra-ism.