The road to self-defence

The road to self-defence 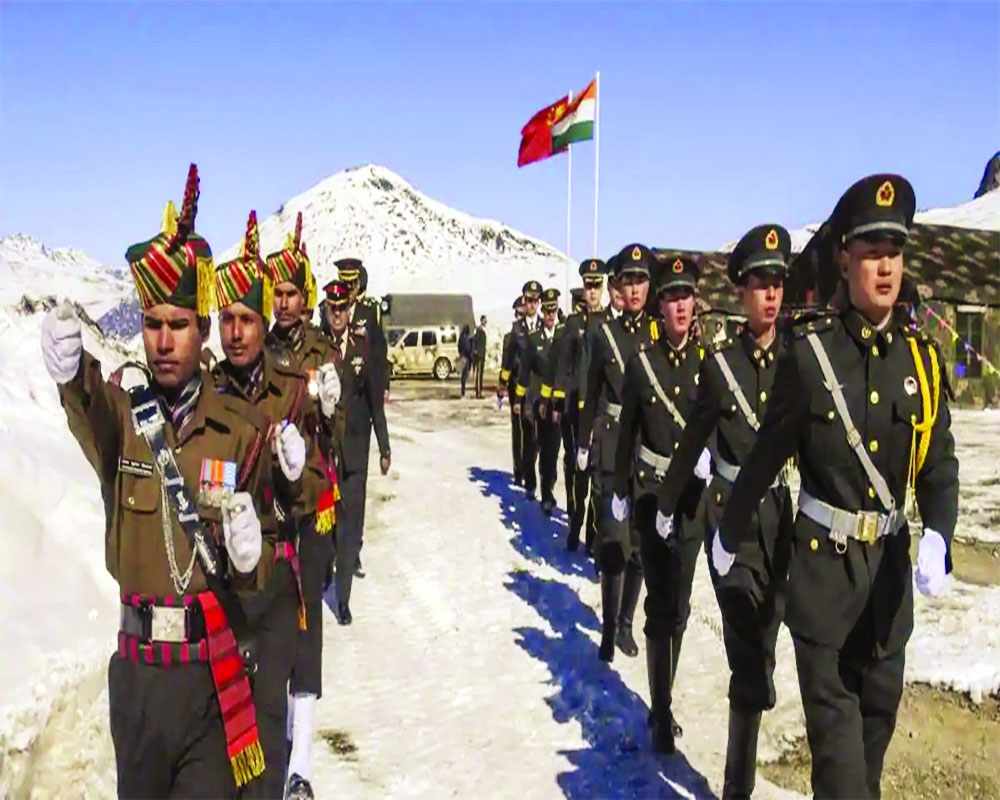 Unless India accelerates the pace of construction activities along its border, it will continue facing serious difficulties in any future confrontation with China

The US Defence Intelligence Agency recently released a report titled, ‘China Military Power: Modernizing a Force to Fight and Win’, where it stated that China was increasing its capacity and warned about how it could launch a regional conflict. Beijing has indeed increased its military presence at several places. The report also pointed out that besides conventional weapons, China was concentrating on cyber and outer space, too. Nonetheless, the report mentioned that Beijing was not capable to deploy defence forces all over the world but was competent to engage its enemy anywhere in the world through its space, cyber space and nuclear competence.

The US also reported that the People’s Liberation Army (PLA) of China had come back in the Doklam area and inaudibly re-commenced construction work, which it had to discontinue because of a 73-day standoff between the Indian Army and the PLA from June to August 2017. The Indian Government has strongly refuted the US’ claims. Clearly, relations between the US and China are becoming tense. The US, which is the sole super power, is feeling threatened because of the spectacular rise and increasing assertiveness of Beijing. China claims suzerainty over East China Sea and South China Sea and also dictates terms to countries such as Vietnam, Malaysia, Philippines, Brunei and Taiwan.

India shares about 3,488 km of border with China, which at several places is not delineated. Hence, it is based only on perception. There is no habitation for thousands of miles and, therefore,  there are disagreements along the border. Maps of both countries differ. China claims about 90,000 sq km in Arunachal Pradesh and about 10,000 sq km in Uttarakhand. The Dragon already grabbed the Aksai Chin area during the 1962 war and Pakistan also handed over a few areas of Jammu and Kashmir.

There are several differences between New Delhi and Beijing, including border disputes, the grant of an asylum to the Dalai Lama and his followers, China’s objections to India’s membership to the Nuclear Suppliers’ Group, construction of the China-Pakistan Economic Corridor (CPEC), which passes from Pakistan-occupied Kashmir and Gilgit and Baltistan areas. China also instigates Pakistan to carry out terrorist activities in India and subvert New Delhi’s efforts in the United Nations to declare Masood Azhar, chief of the Jaish-e-Mohammed, as a global terrorist.

Yet despite such hostilities, the condition of our border infrastructure is quite appalling. Last year, around 120 Indian soldiers had to walk for about 19 hours to reach Doklam and stop the Chinese troops from constructing a road in the absence of a motorable route. In view of this miserable situation, the Cabinet Committee on Security approved a revised budget of Rs 3,482.52 crore to construct 73 strategic roads along the Indo-China border on November 10, 2018. These roads had been approved in 2005 and meant to be completed by  2012. But the project missed several deadlines and is now expected to be completed by 2020. Construction agencies claim that inclement weather, difficult terrain and rigmaroles of Government procedures are responsible for missing deadlines. A report by the Comptroller and Auditor-General (CAG), in fact, criticised the Border Road Organisation (BRO) for inefficiciencies, delays and pushing several deadlines. Out of 73 roads, the BRO has to build 61 while 12 have been assigned to the Central Public Works Department (CPWD). Besides roads, 22 foot tracks are also in the pipeline in Arunachal Pradesh to facilitate the movement of the Indo-Tibetan Border Police (ITBP).

Beijing considers India as its potential adversary and, hence, it is necessary for India to develop infrastructure on areas abutting China. CPWD’s annual report for 2018-19 mentioned that the organisation will be constructing 44 strategically important roads on the India-China border. These roads will be skirting Arunachal Pradesh, Sikkim, Uttarakhand, Himachal Pradesh and Jammu and Kashmir. Fortunately for us, traffic on Bogibeel Bridge in Assam, too, began from December 2018. The bridge will help improve road and rail connectivity in the region and will benefit the public and security forces.

The Indian side had, however, not developed the required infrastructure along the border areas uniformly as it  presumed China could use it for its own designs. Second, even as infrastructure was developed, it had to be defended and maintained, involving both human and monetary resources. However, this defeatist policy was abandoned in 2006 and the Cabinet Committee on Security decided to develop the border areas and construct new roads, bridges and tunnels.

In case our infrastructure was in place, it could have facilitated trade and commerce opportunites for locals on both sides. Meanwhile, China speedily developed infrastructure on the border areas, which has given its military an edge. The Chinese have built roads, railways and also laid fibre optics. This has helped them improve  their communication system. They have even constructed roads up to the borders they control.

On the other hand, even after the Doklam episode, India still lags behind in the development of infrastructural projects at the borders. This has become a big strategic disadvantage for us. Indian troops need acclimatisation at high-altitude areas. The  non-availibility of infrastructure hampers their sustenance while the Chinese forces enjoy superior mobility and enforcement. The Indian Government must understand that while recruitment and raising of more units may not be enough, our troops must be provided with better infrastructure, logistics and armaments to win the war.

India’s failure to develop infrastructure has been the result of a flawed policy of several decades and bureaucratic hurdles. According to reports, most times the concerned Ministry was unable to use the allotted funds because of sluggish or zero construction activities along the border areas. The monitoring system, too, was faulty. In China, its Army controls the border while in India, the Army, the Assam Rifles, Border Security Force (BSF) and the ITBP share vigil duties. The presence of multiple agencies delays the work. It appears that the present Government has earmarked several important projects along the borders and the amount is also sanctioned. Now, only the work needs to be expedited.

China, which is working hard to become a superpower, has also encircled India. It has compelled Sri Lanka to lease out the Hambantota port. Pakistan’s Gwadar port, too, is under its control. Besides, Maldives leased out two of its islands and China has positioned its nuclear-powered submarine at Marao Islands. A signal Intelligence unit has also been installed at the Coco Islands of Myanmar.

Prime Minister KP Oli of Nepal is a communist leader who is very close to China. His main aim is to end Nepal’s dependence on India and inculcate close relationship with the bigger neighbour. Beijing has also financed a container shipping facility in Chittagong port of Bangladesh. It has  inaugurated a naval base at Djibouti in August 2017. Hence, India should be careful and must take remedial measures to counter such imperialism.

As a first step, we must strengthen our forces and then try to inculcate friendly relations with countries who feel threatened because of China. These include Japan, South Korea and Vietnam. The United States, too, wants to check the increasing strength of China. Analysts claim that smaller nations like Maldives, Sri Lanka, and Bangladesh among others also feel defenceless but are in no position to challenge China. India can try to infuse confidence among them too.

(The writer is member, United Services Institute of India and Institute for Defence Studies and Analyses)