Thrust on rural India must

Thrust on rural India must 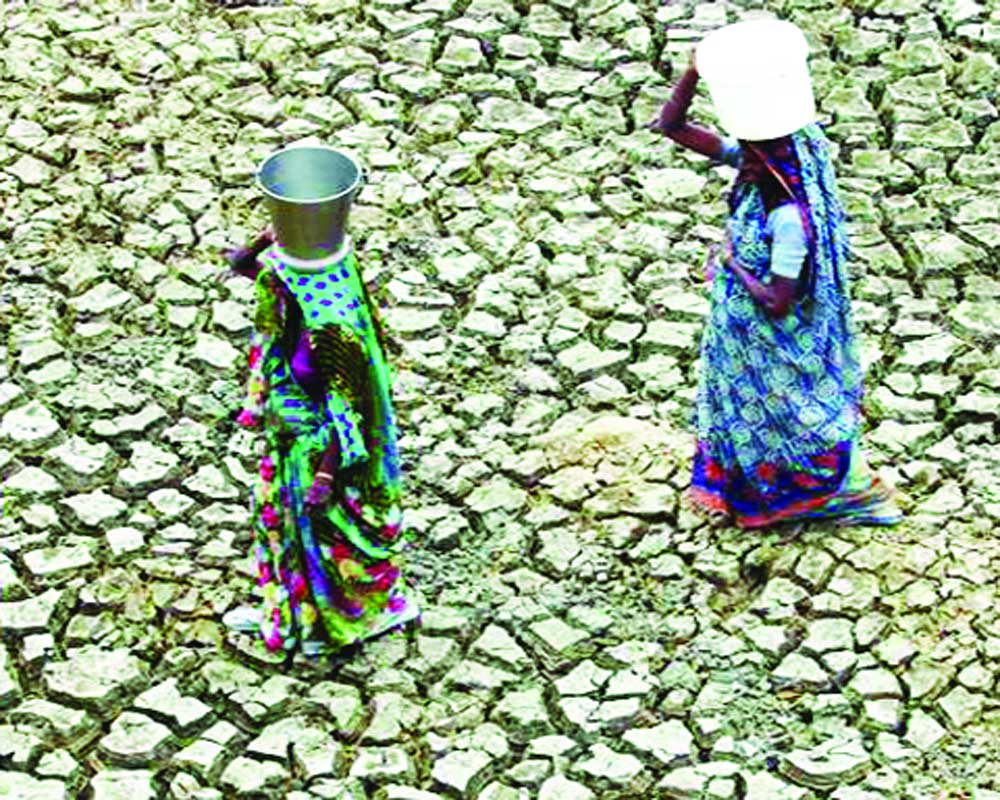 The goal of crafting a $5 trillion economy by 2025 is only achievable if rural India grows by 12 per cent per annum. In spite of increasing urbanisation in the last decade, the rural economy still contributes about 46 per cent to the national income. Once a predominantly agrarian economy, now rural India is more diversified, with the non-agricultural sector contributing to about two-thirds of household incomes.

More than half of the manufacturing and a majority of micro, small and medium enterprises (MSMEs) are also operating from rural India. The reports of farmers’ distress, slow growth in rural wage rates and high unemployment figures indicate that the recent economic slowdown has affected rural parts of the country more than urban areas. However, the recent heavy-lifting on providing fiscal stimulus with corporate tax cuts, repo rate slashes and cheaper loans to facilitate recovery in the beleaguered property market and automobile sector, mainly benefit urban India, rather than rural India, as the economy there is mainly informal and transmission is not direct.

India’s economic recovery depends on translating fiscal stimulus measures to enhanced consumption; investment; employment; output and exports in the rural areas. A good recovery strategy is identification of growth engines and concentration on a few actionable points to fuel them. The four engines of rural economic growth are consumption, investment, employment and exports.

Consumption growth at the bottom of the pyramid: The Indian economy is consumer-driven, with consumption contributing about 60 per cent to the Gross Domestic Product (GDP). As per a Boston Consulting Group (BCG) report titled Going for Gold, that was released in February, the consumer market in the country was estimated at Rs 110 lakh crore in 2018.

Domestic consumption has grown at the rate of 13 per cent in the last decade and although it slowed recently due to the deceleration in the economy, it is expected to grow much faster in the near future, given the bottom of the pyramid population transition from the low-income to the middle-income class.

Putting cash into the hands of these lower and middle-income families, together comprising 76 per cent of the households in the country, is one of the surest ways to pump-prime the economy, with large multiplier effects spreading across all sectors.

As a quick solution, priority must be given to removing implementation bottlenecks of direct money transfer schemes. For instance, the Prime Minister Kisan scheme, which aimed to transfer Rs 6,000 each to 14.6 crore farmers (who are mainly lower-middle income households) has been able to reach just 7.35 crore farmers as of now. The low-income households can be targetted through more emphasis on MGNREGA (Mahatma Gandhi National Rural Employment Guarantee Act), as about 7.7 crore households are actively seeking employment under this, as per the latest figures of the World Economic Forum, 2019 India report.

Investment: Pumping money into investments in rural infrastructure not only creates durable assets in the long run to make the economy efficient, it also creates consumption demand in the short run, by putting money in the hands of construction workers, painters, electricians, masons and so on. As the private sector is reluctant to invest in rural areas due to low profitability, it should come directly from Government investments in construction of rural roads and housing in terms of the viability gap in funding and housing subsidies.

Public investment in rural infrastructure will in turn attract private investment with the expected increased profitability being a major incentive. Budget announcements like the planned Rs 100 lakh crore investment in infrastructure need to be placed on the fast track, with special geographical targets within rural areas. A big push in investment in rural infrastructure, even at the cost of a higher fiscal deficit, is worth taking to thwart the negative sentiment in the private sector. This investment as a share of the GDP has reduced to 29 per cent now from about 40 per cent in 2008. In addition to public financing, the Government has to provide a congenial atmosphere and tax holidays in rural areas to attract private investment.

Employment intensive sectors: The rural economy is facing a serious structural problem. Although the rural non-farm sector’s contribution to the rural NDP (Net Domestic Product) increased over the last two decades, its contribution to employment creation is slow. The share of the non-farm sector in rural NDP was 61 per cent, but its share in the rural workforce was just 36 per cent, as per the latest Central Statistical Organisation (CSO) data. This resulted in increased unemployment among the youth. This structural problem has to be addressed with tax sops for employment-intensive industries in rural areas. The Government should identify and promote at least one employment-intensive sector like textiles, leather, jewellery and food products in each of the 731 districts in cluster mode to provide necessary land, infrastructure and logistics to attract the private sector to come and invest and create employment.

Apart from the large quantum of jobs that need to be created (eight million per year, (according to the World Bank), another important aspect is the quality of jobs. A majority of the people working in agriculture have low productivity, resulting in low incomes compared to non-farm incomes. There is an urgent need to create more productive jobs and ensure skill development to truly benefit from India’s demographic dividend.

Export push: Most of the SMEs, livestock and horticulture sectors have a huge export growth potential, which also provides high productive employment for the rural youth and generates more profits for the private sector. These sectors also provide quality employment and absorb educated youth with higher labour productivity in the post-harvest units, food processing industry and export sectors.

There is a need for identification of bottlenecks in the export of these products — with a focus on logistics, food safety, global standards and quality issues — on a war footing to take advantage of the vacuum created in the global supply chain by the trade war between America and China.  India needs to achieve 19-20 per cent export growth to be able to achieve its $5 trillion economy dream.

This means the country has to export a trillion dollar worth of goods and services in the next five years. Although it is a big goal, but this is doable if consistent efforts are made to make the economy competitive.

India contributes to less than 2 per cent of the world’s exports despite its 18 per cent share in the global population and the added advantage of the largest youth population in the world. India has to use this population dividend to increase its economic power and to make it export-competitive through the use of technology, enhanced productivity and upgraded value chains.

Overall, the Government and the private sector have to re-focus on rural areas to get out of the current economic slowdown and push the next decade of growth.