Trapped by the glass ceiling

Trapped by the glass ceiling 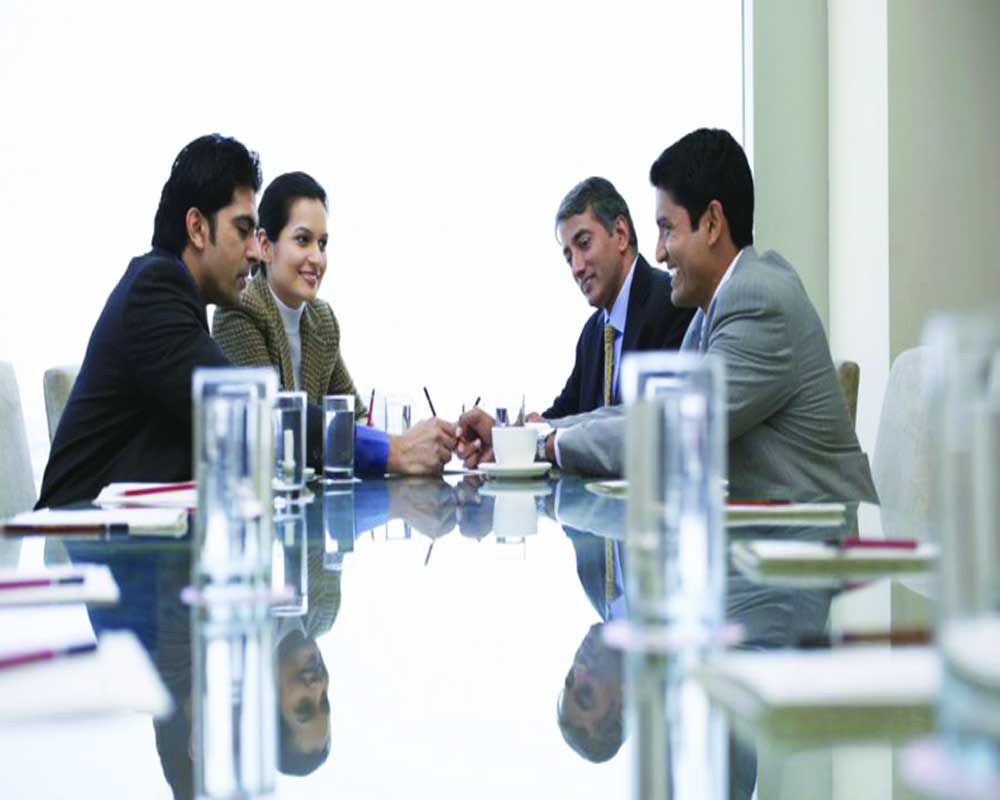 The corporate landscape has long been dominated by men and is still skewed in their favour. In 2013, the archaic Companies Act, 1956, underwent some much-needed amendments, which infused critical measures of gender equality into today’s business scenario. Subsequently, in a knee-jerk reaction to the regulation, women’s representation on company boards jumped substantially, from a mere five per cent in 2012 to around 16.91 per cent in October. According to Prime Database, 1,905 of the total 11,268 directors on the boards of 1,822 NSE-listed companies are women. While India is improving gender diversity on boards, it still lags behind on the world stage. Worldwide, although participation of women in the workforce is increasing, it is not commensurately showing in higher leadership roles. According to the Global Board Diversity Tracker, Egon Zehnder, in 2018, 84.9 per cent of large company boards across 44 countries included at least one woman among their directors. Overall, 20.4 per cent of all directors in the countries under study were women — up from 13.6 per cent six years ago. In Western Europe, board positions held by women have risen from 15.6 per cent to 29.0 per cent over the same period. On the international diversity front, 72 per cent of the companies surveyed had at least one non-national board member.

While it is good news that women now make up to 20.4 per cent of directors in this study, it is equally critical to advance the number of women in leadership positions on boards. This matters, not only because some board positions are more powerful than others  but also because multiformity in board leadership correlates with diversity across the rest of the organisation. Overall, just 5.6 per cent of all board seats are held by women in leadership roles. However, frequent headlines in the popular Press call for increased diversity in corporates while institutional investors have been increasingly pressing for female directors on boards. Further, it has also been found that gender diversity on boards improves financial performance. In its most literal form, diversity is defined as “differences” and it becomes a purposeful, strategic direction once these differences are valued. Diversity can be defined as acknowledging, understanding, accepting and valuing differences among people with respect to age, physical appearance, class, race, ethnicity, gender, disabilities, job function or experience, religion, personal style and so on. On corporate boards, diversity brings together individuals with different backgrounds which transform into a number of benefits, including new ideas and better communication, debate and corporate governance processes. Studies have shown that, compared to homogeneous groups, diverse groups exhibit increased information search and a greater range of perspectives. Further, they generate more alternative solutions to problems and evidence different environmental perceptions.

Diversity in the boardroom is an issue receiving increased attention both in academia and in the media. Gender diversity has received considerable attention during the last decade, with studies concerning practice in a number of countries, including the US, Canada, France, New Zealand, Australia, Spain, Jordan, Tunisia, Denmark, Iceland and Norway. A central question is whether the presence of women contributes to the performance of the board, such as, for example, role or task and ultimately, corporate performance.

Numerous arguments in favour of women in positions of power have been proposed in terms of a business case, including increased diversity of opinions in the boardroom; women directors bringing new ideas and strategic input; influence on decision making and leadership styles of the organisation; providing female role models and mentors; symbolising career possibilities to prospective recruits; improving company image with stakeholder groups; women’s capabilities and availability for director positions; insufficient competent male directors; ensuring “better” boardroom behaviour; long-term company success and competitive advantage; adding value through women’s distinctive set of skills; creating cultures of inclusion through a diverse workforce; increased profitability and knowledge of female market segmentation. In summary, the weight of the argument appears in agreement on the value of women on boards for a multiplicity of positive effects.

However, diversity may also lead to decreased communication, less effective decision-making, increased conflict and parochialism. Specifically, with regard to gender, research suggests that organisational actors make decisions that are consistent with their cognitive bases and that people of different genders possess different norms, attitudes, beliefs, and perspectives based on them. Gender diversity has been found to facilitate creativity within groups, but also led to clashes within groups because others find it difficult to identify with those of a different gender. Thus, gender diversity has both positive and negative implications for decision-making and processes relevant to the board of director advice and counsel function. However, because boards are engaged in non-routine problem-solving and meet infrequently, the improved brainstorming, creativity, consideration of diverse perspectives and questioning of the status quo in which they engage may represent “functional conflict” and benefits that outweigh other, possibly negative implications for communication.

Although, increasing gender diversity on corporate boards is beneficial to an organisation in many ways, gender stereotypes and expectation of specific roles for women by society become a major impediment. A survey by Catalyst shows that Chief Executive Officers (CEOs) fear appointing a woman to the board due to a belief that they are unqualified and will have a “women’s agenda.” In addition, CEOs are afraid to appoint women not currently holding a directorship but do not hold the same fear for men.

Also evidence suggests that prior work experience can counteract negative expectations of a woman’s performance. Women are also presumed to be less competent than men (by both men and women) in a male-dominated environment. Unequivocally successful women are then disliked for contravening gender roles, unless they can also prove their femininity or communal traits.

Generally, conceptions of leadership include core values such as heroism, physical and emotional toughness and self-reliance. This masculine ideology of leadership perpetuates the status quo of who looks like a leader and the perception is that a leader is not a woman. While there are no gender differences in experience-based qualifications of board or corporate tenure, female directors hold less powerful corporate titles, fewer multiple directorships, occupy more staff functions and earn considerably less than male directors, implying that women are both under-valued and underutilised in the executive suite and corporate governance.

Since the CEO pipeline is based on the treatment of and value given to top directors, women, in general, do not appear to be as well strategically placed to inherit a CEO’s role as their male colleagues. Notwithstanding these benefits, women still find it hard to break the strong and invisible glass ceiling and reach the top.

Globally, one-third of businesses still do not have women in senior management roles. At this pace, women will not reach parity with men until 2060. Closer home, nearly half of Indian women leave the workforce between junior and middle management levels due to lack of women-friendly corporate policies.

The industry needs to take over and apply a dual strategy to achieve greater gender diversity. The top management should have a clear vision and change of mindset to increase women’s participation on boards, not only in letter but also in spirit, with voluntary diversity targets and a crucial alignment between board composition and strategy. Having established an enabling environment, competent and qualified women should be coached and mentored to take up leadership roles and rise up the corporate ladder. Corporates need to actively promote and engage in creating women leadership positions. Lessons can be drawn from Sweden, which has produced the highest percentages of women CEOs and Chief Financial Officers (CFOs), both at 17 per cent. This is only possible by creating strong and sustainable leadership development programmes for women in middle and senior executive ranks to develop them for C-suite positions.

Inclusion of women on boards should become an integrated strategy of businesses worldwide and in India in particular with companies focussing on nurturing and developing women leaders. With the rich cultural heritage that we have, let the power of  “Shakti” contribute to making our businesses best in the world.