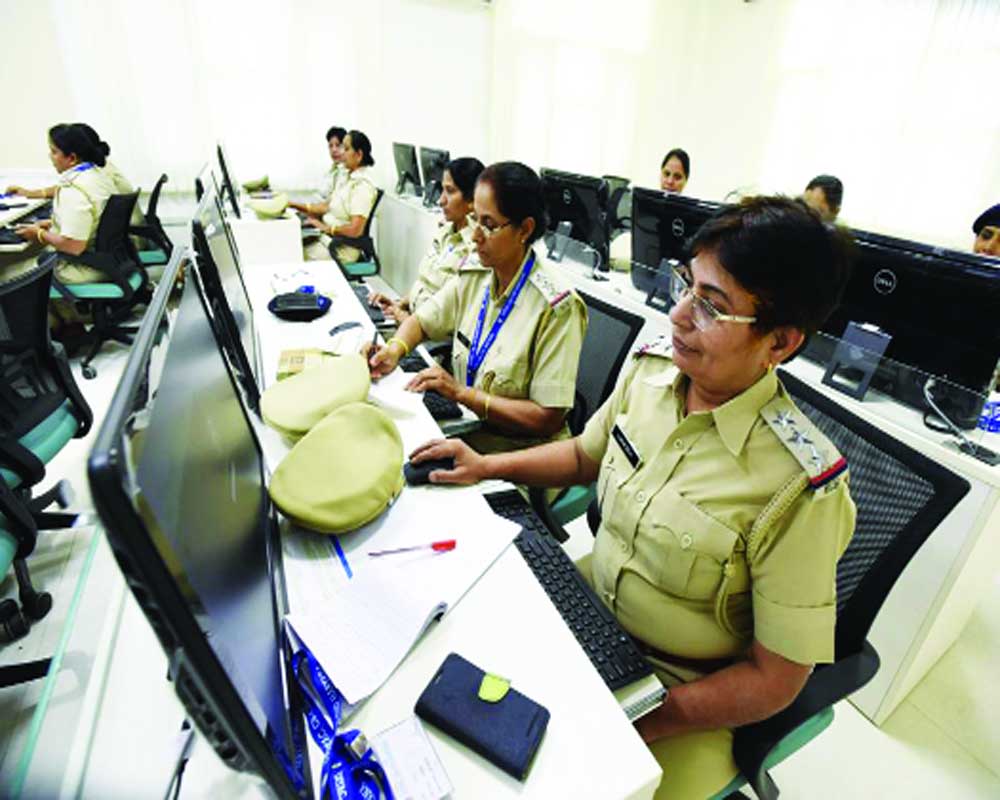 A central police university that will overhaul training and help the force fight new-age  crime better is the need of the hour, say Rochin Chandra and Hanif Qureshi

With the crime graph soaring and criminals becoming more technology-savvy each day, smart policing is the need of the hour. But for this, India needs to overhaul the training of the force, teach skills to deal with new policing challenges such as cyber crime, improve the mechanisms in place to maintain law and order, encourage research and development and improve investigation abilities.

The idea of setting up a central police university for overhauling the way the police works and deals with law and order has been around since 2006. In keeping with Prime Minister Narendra Modi’s vision of “Smart Policing,” the idea of a central university was part of the Bharatiya Janata Party’s (BJP) commitment in the Lok Sabha elections.

On the 49th Foundation Day of the Bureau of Police Research and Development, the Union Home Minister, Amit Shah, announced the setting up of a national police university and forensic science university, with affiliated colleges in every State. According to the Centre’s plan, this university, for which the Government has given in-principle approval and a 100-acre plot has been identified in Greater Noida, will have affiliated colleges in every State, which will offer undergraduate courses in policing. Touted as an unprecedented development in India’s policing and crime-reduction landscape, this proposal aims to serve three main purposes, which are to improve the knowledge, skills and training of police personnel; increase the use of research in policing policy and practice and allow candidates who have cleared their class XII examinations to gain specific skills of police work, with special weightage in recruitment to the police and paramilitary forces.

Such institutions are already operational in the three States of Gujarat, Rajasthan and Jharkhand, each of them having one police university. These universities, while relatively young, are offering professional courses on criminal justice, which include criminology, police science and forensic science, with an intention to provide skilled, trained and efficient manpower for the police forces. Of the three, Raksha Shakti University, the brainchild of Modi, is the only police-oriented university which has kept the promise of bolstering local police efforts to combat crime and changing their perspective on tackling law and order situations.

So, is it worth making a huge investment in setting up an institute for imparting police education, when only one such university has claimed to have made substantial progress in its avowed purpose of modernising policing, thus far? The answer to that question is a resounding “Yes.” That’s because policing education stresses not only on physical fitness, perseverance and teaching handy skills like firearms and self-defence but also on developing a specialist knowledge-base for all policing roles which reflects its current and future challenges. Of the many subjects taught under police studies, the one that is central to policing in many ways is criminology. The etiology and distribution of crime offers a foundation from which police agencies can develop a proactive approach and get smarter about crime control.

In the West, for example, police scholars and professionals use criminologically-driven concepts — such as victim-offender relationship, geographic concentration of crime, early identification of high-rate offenders, differential involvement in crime by age and gender and linkages between disorder, signs of incivility, lack of guardianship and crime—to create an effective and humane response to crime problems.

Remarkably, this practice is grounded in the belief that crime is a social phenomenon, tackling which requires the police to understand its causal factors — much like a doctor who first diagnoses the problem and then prescribes medical treatment for curing the ailment.

Hence, the vision that the national police university will serve as a think-tank can only be realised when “intellectualism” is brought into the police discipline. This means teaching policing not only with an emphasis on effective practices but also with the intention to conduct deeper analyses about its role, functions and legitimacy. For this to happen, criminology must be institutionalised and formalised in the curriculum.

Challenges for Police Education: There are three major challenges to teaching modules.

First, at present, there are only a few  courses in India and they too teach rudimentary skills. That’s because these courses are mostly taught by retired or serving police officers, who utilise their experience of handling “tough situations” largely through their “great vision” and larger-than-life persona. The success of policing work, however, has to be based on verifiable data and evidence-based strategies which are not dependent on larger-than-life projections. A pedagogical approach, which is dependent on individual bravado and not empirical evidence, may be detrimental to developing effective strategies.

Second, since police education curriculum is directly driven by professional competencies as defined by police officers and approved on the basis of existing delivery models, it tends to deal more with what is visible on the surface and of immediate concern; policy issues which have serious implications for the future are generally ignored. This form of curriculum development often neglects the important role of social sciences in advancing crime analysis and in evaluating and assessing traditional practices and new innovations in strategies. It also allows experts to deliver their lectures based on field experiences and condemn theoretical insights as something constructed in “ivory towers.” There’s no denying that practitioners’ experience is important, but being dismissive about theories whose origins lie in hard data analysis and research is really worrisome.

For instance, Newman’s concept of “Defensible Space” allowed city planners to create physical layouts that decrease crime levels by affecting the behaviour of both residents and potential offenders in urban neighborhoods. Newman was a professor of architecture and that helped him make use of spaces for public surveillance. Similarly, the concept of “Environmental Criminology,” introduced by C Ray Jeffery in 1971, is concerned with criminal events and the importance of the characteristics of the places where crime happens. Several practical approaches to Crime Prevention Through Environmental Design (CPTED) were developed later on by Paul and Patricia Brantingham and others. There is a need to blend in these concepts with practitioners’ experience while teaching for policing.

Third, the non-upgradation of police education curricula might lead to skills and knowledge deficiency in police personnel. The police studies syllabus, as followed by the present police universities, has not kept pace with the latest developments in police sciences the world over, and indeed, within India itself. The curriculum drafting committees must take steps to incorporate new topics of crime control such as hotspots policing, problem-oriented policing, crime analysis through Computer Statistics and Geographic Information Systems (GIS) Crime Mapping.

By doing this, future personnel will be better equipped with the use of evidence-based strategies to improve responses to complex crime and law maintenance problems.

Professional opportunities in police departments:  The idea of a national police university will gain the importance it deserves when graduates of police science are provided with professional opportunities to practise their skills and knowledge. This may be done in several ways. One of this is introducing “Criminology and Police Science” as an optional subject in the Civil Services Exam. This will ensure an equal footing for this important subject, which is already an established field in most Western countries. Creating a special quota for the recruitment of criminology and police science graduates at the lower levels of police departments would lead to an influx of subject area expertise in police ranks, which in turn, could assist senior officers in framing and administering smart policies for crime reduction.

Police academia partnerships: The proposed universities would also do well to aggressively partner with academia on conducting research into various policing practices and other crime-reduction strategies. Through an analysis of what works in policing and what does not, policy-makers can be given evidence-based choices on alternative courses of action. Over a period, policing will gain as a result of thorough review and examination of its practices.

(Chandra is a Criminologist and Director of the Centre for Criminology and Public Policy and Hanif Qureshi, is Inspector General of Police, Haryana and Chair, Evidence-Based Policing Network of the same institute)