What of primordial faith?

What of primordial faith? 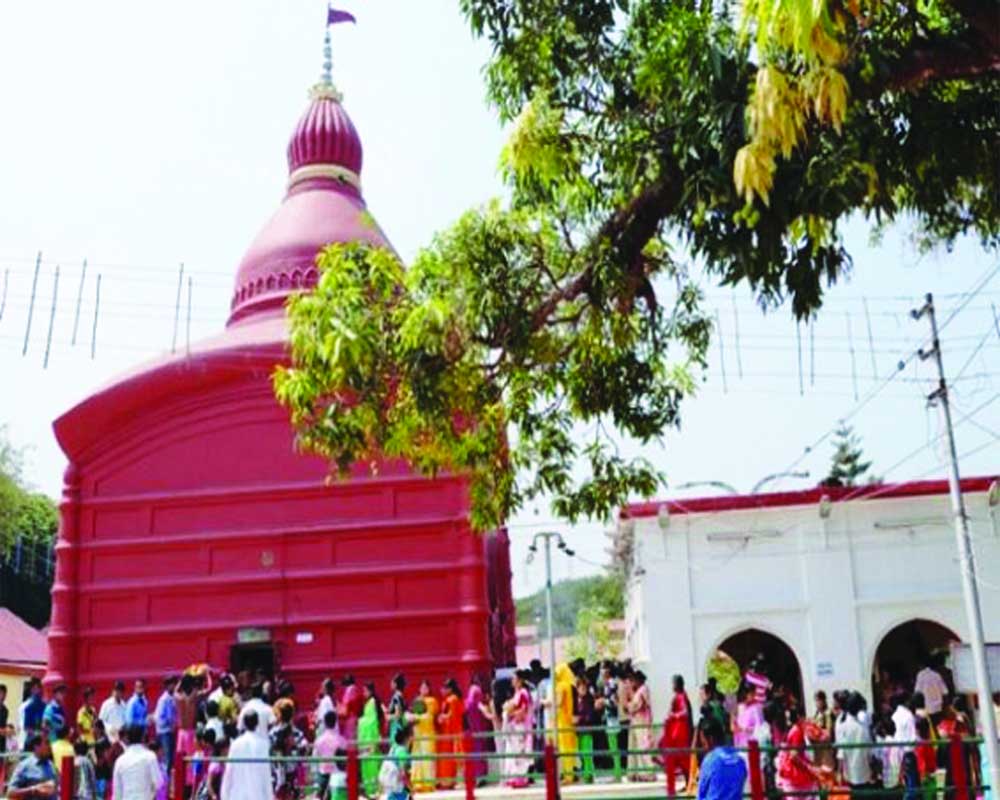 Indian courts are increasingly wading into theology, challenging Hindu dharma and are deciding the essential in an interventionist manner

In Tripura, the Molsom tribesmen celebrate the Sangkrak puja during maagh (January-February). Sangkrak is their kula devata (clan deity) and goats, chicken and pigs (sometimes buffaloes) are sacrificed by the priest. At least 14 animals are sacrificed as chaudha devata (14 gods) puja is part of the ritual. More animals are offered if the community wishes, after which the meat is cooked and distributed as prasad (sacred offering).

The sacrifice of life — for sharing one’s good fortune (harvest) with the divine — is conducted with utmost sobriety and piety in temples or open altars. There is nothing voyeuristic about it: Life is returned to its source for renewal. The hoary traditions of India’s diverse communities are sanctified by tradition and sometimes mentioned in sacred texts. The Yajur Veda mentions animal sacrifice, which is today mostly linked with Shakta (Devi) traditions, widely prevalent in West Bengal, Assam, Tripura and Odisha, where Durga puja during Navratri is accompanied by animal sacrifice to commemorate the slaying of the asura, Mahisha, who took the form of a buffalo.

Hindu dharma is not a canonical faith like the Abrahamic creeds. It is not codified as the immutable word of a particular god as conveyed through a messenger. The tradition is sacred in itself; changes are sanctified as desired by age. The existence of a text does not prevent change; absence of one does not negate hoary beliefs and practices.

Flawed equivalence led the Tripura High Court to ban sacrifice of animals in State-run temples on the eve of Durga ashtami. The shocked State Government is considering an appeal before the Supreme Court, while a scion of the erstwhile royal family said the court cannot overrule promises made at Accession (September 9, 1947) whereby the State Government would continue sponsorship (including sacrifice of animals) of several traditional tribal pujas in 14 temples, including Mata Tripureswari temple and Durga Bari.

Responding to a writ petition(C)(PIL) No.2/2018 by Subhas Bhattacharjee (who is unlikely to use the Tripura precedent to force the issue in West Bengal), the Tripura High Court on September 27, 2019, declared bali (sacrifice) a “social evil” and “against the Constitutional mandate and spirit.”

At a time when more and more State Governments are taking over the management of cash-rich Hindu temples and diverting monies offered by devotees to their deities to non-religious purposes, the court ruled that the State can regulate or restrict any economic, financial, political or secular activity associated with a religious practice. The Government may participate in religious activities, “which are secular in nature”, (whatever that means) but the “act of the State of offering one goat every day, for a sacrifice in the Mata Tripureswari temple and other temples on certain occasions, lacks the essence of economic, commercial, political or secular character and,  hence, the action of the State in offering such an animal for sacrifice is neither permissible under the Indian Constitution nor any statute.”

The court asserted that the “right of offering an animal for sacrifice is not an integral and essential part of the religion, protected under Article 25(1) of the Constitution.” Declaring that the “State has no religion other than constitutionalism and the expression ‘person’ under Article 25 has to be in reference to natural person”, as in the case of the Supreme Court’s verdict in Sabarimala, it ruled that the “withdrawal of such practice would not tantamount to any change, fundamental in character of the religion.”

Pointing out that human sacrifice was stopped (by King Gobinda Manikya, 1660-1667, 1671-78), the court ruled that the 500-year-old tradition of sacrificing animals in Tripureswari Devi Temple, either by the State or by an individual, is not an essential part of the religion and is not protected under Article 25(1) and held it to be against the principle/doctrine of morality and health, and also against the provisions of the Prevention of Cruelty to Animal Act, 1960. It called the practice violative of Article 21 of the Constitution of India.

Though constitutional provisions are subject to legislative amendment and to varying interpretations by courts at various times, the Tripura High Court declared, “Constitutional values are to be embraced and not to be superseded by personal beliefs.” This means that non-canonical traditions of non-monotheistic faiths are subordinate to judicially determined “constitutional values” that are not mentioned or defined in any law.

The court issued a blanket ban on sacrifice within any temple in Tripura and ordered the district magistrate/collector and superintendent of police of all districts to ensure compliance by installing CCTV cameras in the temples and placing the video recording before the court every month. It is questionable if the Constitution permits courts to undertake such tracking. The Tripura judgement approvingly cites the Supreme Court’s verdict on Sabarimala (2018) that trampled the religious sensitivities of devotees in pursuit of a reformist agenda of giving equality to women of a particular age group, who did not want this “liberation.”

The issue of locus standi is relevant. The Tripura bench hailed the petitioner as a retired judicial officer but there is nothing on record to show that he was a believer. Yet, he has ensured codification of “essential” religious practices in Hindu temples and tampered with the very nature of the faith.

Indian courts are increasingly wading into theology to the detriment of the Hindu dharma. In the Shirur Mutt case (1954), the Supreme Court enunciated a doctrine of essential religious practice and ruled that the “essential part of a religion” should be ascertained with reference to the doctrines of that religion itself. But now courts are deciding the “essential” in an interventionist manner.

Five centuries of sacrifice in Tripura temples makes the ritual “settled usage and custom.” The fact that the State Government shouldered this responsibility in 1947 means the deity(s) should have been treated as a juristic entity(s) with the right to its special puja-paddhati. Indeed, the diversity of Hindu tradition entitles all deities with distinct rituals to be treated as denominations under Article 26 of the Constitution.

Finally, the most distressing part of the judgement was the comment that sacrifice cannot be permitted as Tripureswari temple is being promoted as an “international tourist destination” for people of all beliefs and faiths. Henceforth, the imagined tastes of tourists will dictate the worship of the Devi. Is this an essential part of secularism and constitutionalism?