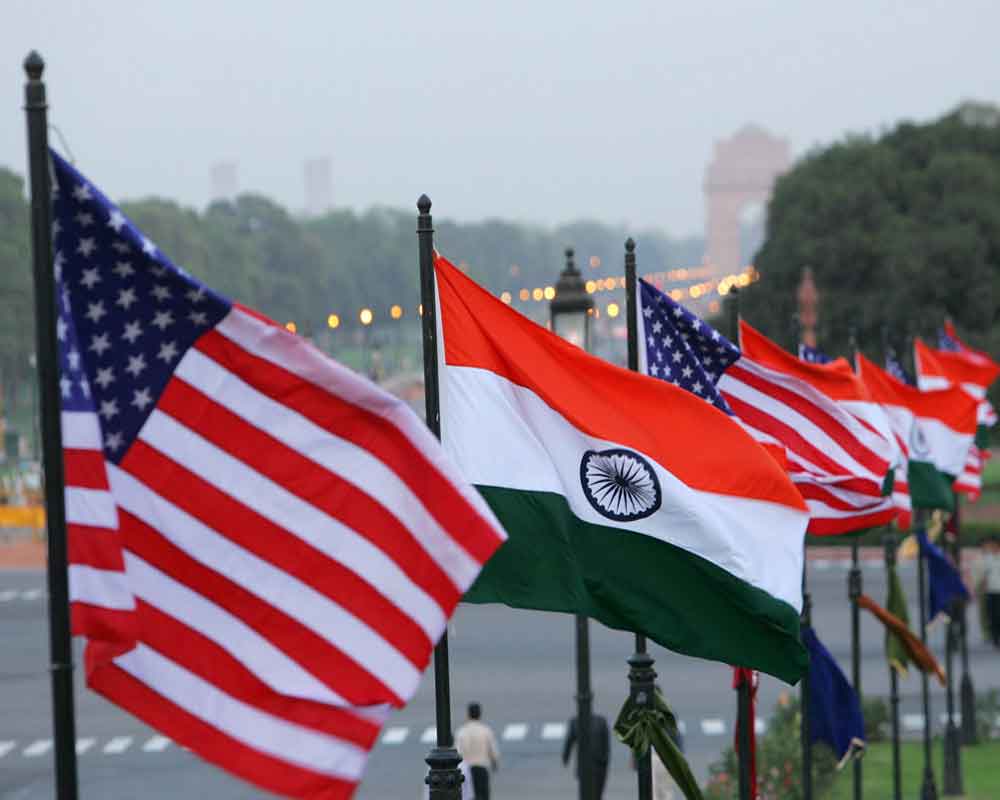 Eminent Indian experts in the US believe that the next Indian government to be formed after the declaration of the election results on May 23  faces crucial foreign policy decisions, particularly in the economic realm.

"No matter who forms the next government, India faces crucial foreign policy decisions particularly in the economic realm," Alyssa Ayres of the Council on Foreign Relations told PTI.

Author of the book "Our time has come: How India is making its place in the world", Ayres, who served in the previous Obama Administration, said although the US-India relationship has made solid strides across governments in defence and security, there are increased tensions on the trade and economic front.

"I would also expect to see increased attention in the United States (particularly among members of Congress) to issues of religious freedom in India, especially given the tenor of the elections these past few weeks," Ayres said.

In an op-ed titled "Troubles Aplenty: Foreign Policy Challenges for the Next Indian Government", senior fellow at the Carnegie Endowment for International Peace Ashley Tellis stated that Prime Minister Narendra Modi, who the exit polls predicted to be reelected, will have to confront serious external challenges both around India's periphery and farther beyond.

"If India is to realise its great power ambitions in the decades to come, the next government will have to accelerate economic reforms domestically, strengthen India's institutions, preserve its constitutional ethos and protect the nation's internal cohesion, all of which have floundered dangerously in recent years," Tellis wrote.

Associate professor of practice and fellow at Johns Hopkins School of Advanced International Studies Joshua White asserted that though there are many things the new government can and should do to move beyond its election-induced foreign policy "lethargy" of the previous year, economic reforms are arguably the most vital.

A former White House and Pentagon official under the previous Obama Administration, White believes that with the partial exception of Vice-President Mike Pence, the new Indian government will find itself lacking — through no fault of its own — effective high-profile champions in the Trump administration, and will be forced to engage an American policymaking apparatus dominated by trade hawks, who see the relationship in narrow transactional terms.

"While policy experts in Washington have largely assumed that Prime Minister Modi's cautious foreign policy turn has been a product of his election imperatives, there is a growing anxiety that President Trump may have, in more fundamental ways, prompted New Delhi to question the assumptions that undergird deeper US-India alignment," White told PTI.

Whoever comes to power will face a multitude of foreign policy challenges that are only growing in number and complexity, noted Anish Goel, a senior fellow at the New America think-tank.

"First and foremost is the relationship with the United States. Given President Trump's relentless focus on trade issues, the new government will need to figure out how to put the trade relationship on a positive footing, and at the very least prevent any disagreements on trade from overwhelming the other more positive aspects of the strategic partnership," Goel, a former White House official under the Obama and Bush administrations, told PTI.

This is complicated by the fact that the relationship will need to be balanced against India's ongoing interactions with Russia and Iran. Both countries represent strategic threats to the United States, yet remain vital trading partners for India, he said.

Beyond these global power politics, India will face challenges within its own neighbourhood, Goel said. While tensions with Pakistan are perpetually simmering, they are even more heightened at the moment because the after-effects of the Pulwama-Balakot crisis have not been fully resolved and continue to linger, he added.

"As the United States looks for an exit ramp from Afghanistan, India-Pakistan relations will take on even greater importance. In addition, Sri Lanka has flared up as an unexpected regional challenge for India. After nearly a decade of relative peace on the island, the Easter Sunday terrorist bombings highlighted how terrorism can take root in the region," Goel said.

"And finally, India must reckon with China," the former White House official said in response to a question. The world's attention may be focused on US-China relations at the moment, but this doesn't mean that India-China issues are not serious and prevalent.

"China's increasing assertiveness will continue to cause concern in New Delhi. India has already expressed its displeasure with the Belt Road Initiative, but the reality is that the project is moving forward. The question now becomes what is India going to do in response," Goel said.

According to Tellis, at a time when India's external environment has grown more precarious because of the weakening liberal international order, China's continuing ascendancy and assertiveness, and the prevailing capriciousness in Washington, continued stumbles in New Delhi will end up being cumulatively costly and will subvert India's larger ambitions even more consequentially.

"Today, when India's claims to exceptionalism will not suffice to either protect its security or to increase its influence, its missteps within will have outsized impact abroad," he warned.