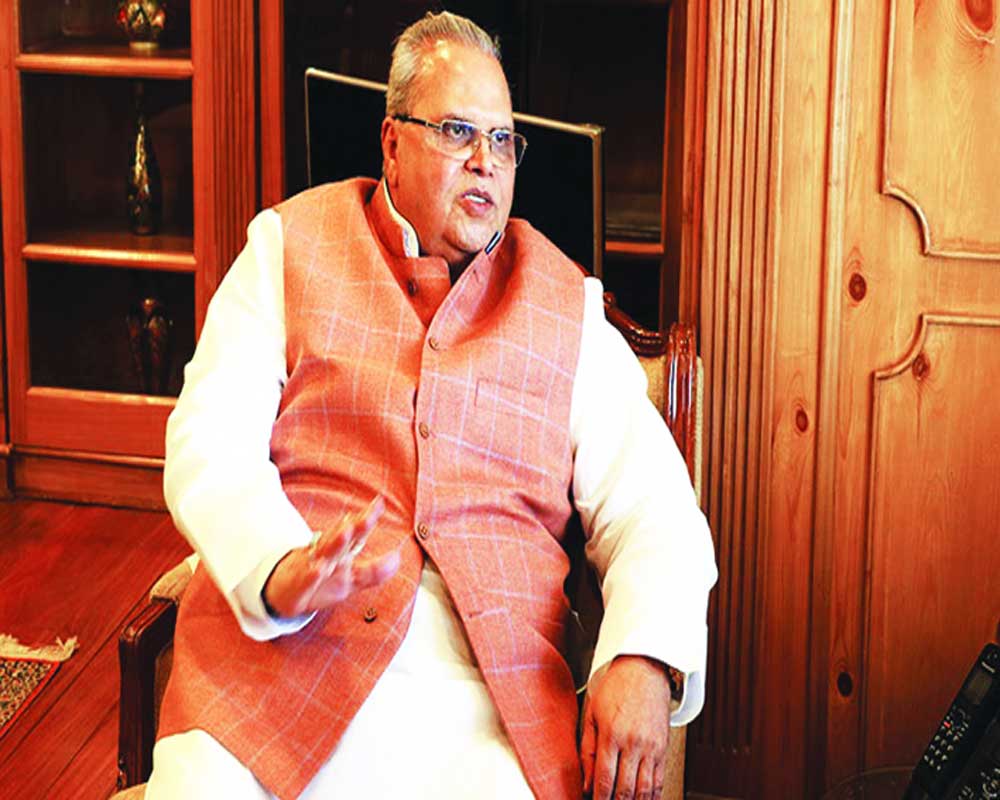 Reaching out to a large army of unemployed youth in Jammu & Kashmir, Governor Satya Pal Malik on Wednesday announced one of the largest single recruitment drive to fill at least 50,000 vacant posts within a span of next two-three months.

The Governor listed out a slew of measures taken by the Government for the welfare of the people and said starting from Prime Minister Narendra Modi, everyone is working towards restoring normalcy in the State.

“None of us want to see loss of human lives under the prevailing circumstances,” he added.

“We are working round the clock to bring back normalcy in the region. We are not in a hurry to throw open shops. We are not putting pressure to throw open business establishments and schools. Let normalcy come at a slow pace. We are not rushing to restore normalcy. It’s your city, you decide on your own. We are here to facilitate you,” he said.

The Governor said the Prime Minister has also given a solemn assurance to save, protect and preserve identity, culture, heritage, society, language and religion of Jammu & Kashmir.

“Our aim is to work on ground zero so as to convince people of the State that in reality these measures were taken to ensure their well being. In the next six months, we will start many developmental projects in Jammu & Kashmir and Ladakh. You will see people on the other side start talking that they too want to enjoy similar development.”

Making an appeal to the common people to bear restrictions on mobile calling/mobile internet facilities for some more time Malik said, “It is one of the dangerous tools used by the Pakistan and its stooges to disrupt peace in the region.”

The Governor said, mobile calling facility will be restored in all 10 districts of Jammu region by late Wednesday night along with two districts of Ladakh.

He said out of 197 police stations, there are no day time restrictions across 166 police stations in the State. Nearly 3,000 primary and 1000 middle schools have been reopened and attendance is picking up gradually, he said.

He said, “We care for human lives of Kashmiri people. I can claim preventing loss of human lives is one of our biggest achievements. No loss of civilian life has been reported since August 5.”

Elaborating on the timeline of filing these 50,000 vacancies, the Governor said all our offices led by the Chief Secretary have completed an exercise where they are looking forward towards completing this special drive within a span of next 2-3 months.

Referring to apple growers in the State, the Governor said around 7 lakh farmers are producing 22 lakh metric tonnes annually. He said, the Government is expected to procure more than 50 per cent produce to the tune of Rs 5,500 crores.

Commenting on reports related to shortage of medicines and nature of injuries to protesters, Governor Malik clarified he was personally monitoring medical care facilities and even visited hospitals to review the ground situation.