Heartfulness meditation for living by heart

Heartfulness meditation for living by heart 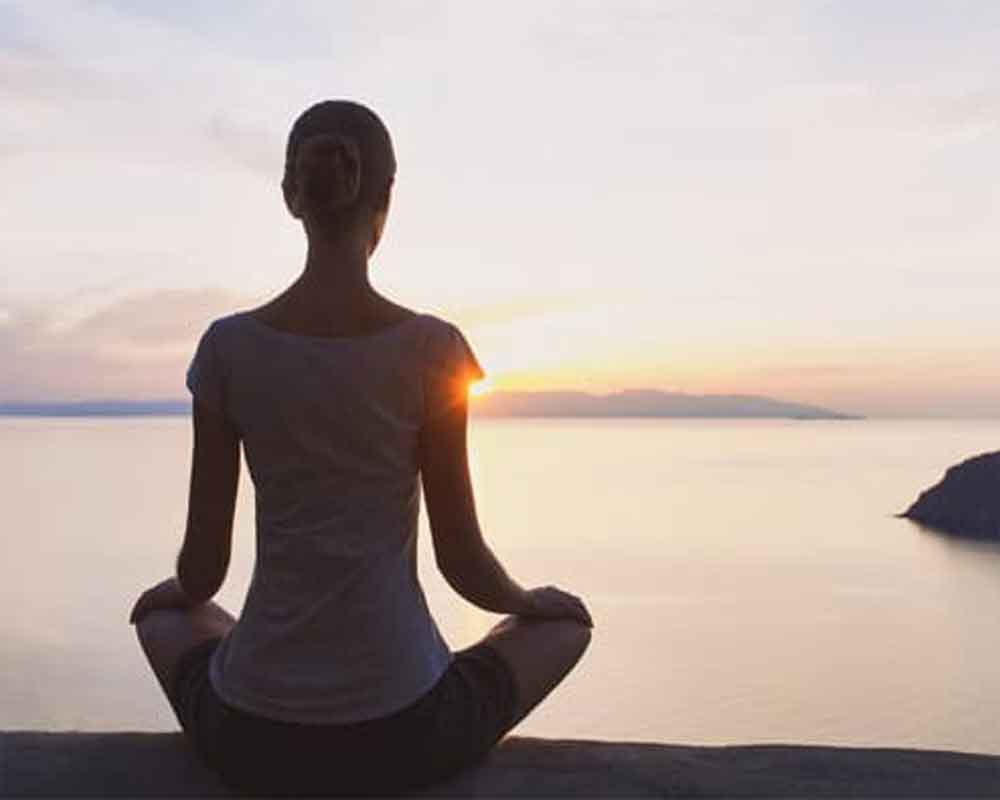 Tucked away from the hustle bustle of city life is a sprawling 1,400 acre campus with people craving for internal peace flocking to the global headquarters of Heartfulness system of meditation.

Located in Chegur village of Ranga Reddy district, about 50 km from Hyderabad, a drought-prone landscape for several decades is now transforming into a lush green eco-system with environmentally self-sustained world-class facility.

Home to variety of trees, many of which are almost extinct, Kanha Shativanam, as the area is called, offers a perfect setting for those practicing Heartfulness, an approach to the Raja Yoga system of meditation called Sahaj Marg.

Heartfulness meditation is a set of practices for self-development that helps a person find inner calm and stillness. Offered at no cost and without any dogma, it is the ancient art of yogic transmission or 'pranahuti'.

"The effect of Heartfulness meditation with pranahuti on brainwave patterns, heart rate and blood pressure, vagus nerve activity and telomere length on chromosomes, amongst other things, are being supported by research. Many feel the effects of transmission in their first few Heartfulness meditation sessions and are often surprised at their own ability to plunge into an absorbed meditative state," says the Heartfulness Institute.

Heading the institute is Kamlesh D. Patel, the fourth global guide of Heartfulness. Daaji, as he affectionately known, has touched the lives of millions at home and abroad.

"Heartfulness is all about living by the heart. Mind, body and the heart form beautiful rhythmic triangle. The voice of heart always dominates over the mind. Though feeble but it always dominate in the end. Mind may tell you something but heart will always guide you in right direction. I don't say mind always misguides. It can also be in sync with the heart. This is a rarity," Daaji told IANS as people from various walks of life sat in pin-drop silence waiting for a meditation session with the guru.

According to him, people who are egoists and obsessed with desires can't listen to the heart.

"Through meditation we sensitise the awareness. We sensitise in a conscience that little voice. It is one part of Heartfulness method. Most of us listen to heart but very few follow it. It needs little bit of commitment, wisdom and some courage.

"Most people come here is to find peace. Some sort of calmness. That is also very small goal. If we approach god with peace of mind, of course he is benevolent and generous he will grant you peace. But if you ask Himself, then peace will automatically come. One has to be wiser in asking. We narrow down our vision and say I want only peace. The ultimate goal should be to one with Him," he added.

According to Daaji, even to have a minimum thing like peace of mind one needs to meditate.

Heartfulness is offering 'Dhyanotsav' a free of cost three-day master class wellness fest focusing on teaching techniques of Heartfulness relaxation, meditation and cleaning. It will be held in cities all over India.

For students and teachers of yoga, he recently launched Heartfulness Yoga that integrates body, mind and soul in the true spirit of Ashtanga Yoga. It not only teaches classical yoga asanas but also the ultimate goal of Yoga, which is oneness through meditation.

Heartfulness Institute, which had its headquarters in Chennai, shifted to Hyderabad because of its central location. Daaji laid special emphasis on developing green cover as he believes plants have a much greater capacity to retain the subtle vibrations of yogic transmission compared to human beings.

In less than four years, the barren area has undergone transformation with the plantation of two lakh tress. A six lakh sapling nursery is acting as a supply for the plantation in the region, while 1,000 trees saved and translocated from faraway places resurrected here. Buoyed by the success, Heartfulness Institute is now working to develop rain forest.

Daaji said that every year they want to plant one lakh trees and once this space runs out they will take up plantation in villages, ponds and forests.

The facility will unveil its meditation hall next year. It promises to be one of the largest in the world by accommodating one lakh 'Abhyasis '(practitioners of Heartfulness) at one go.

The facility is equipped with temporary and permanent living spaces to support housing of large gathering often in excess of 35,000 practitioners who travel from across the globe to take part in mass meditation sessions while staying over three to five days.