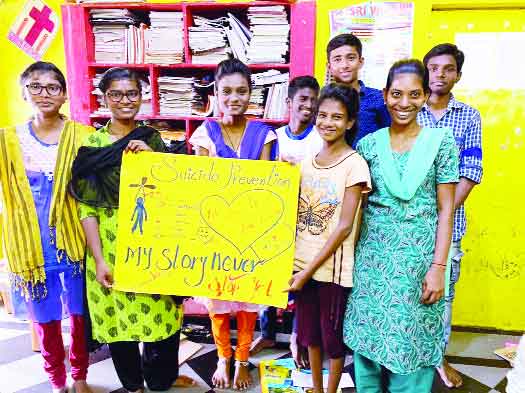 Continuing with its efforts towards promoting the mental health and well-being of orphaned and vulnerable children, Miracle Foundation India, a fully-licensed Section 25 non-profit organisation, organised a week-long Mental Health awareness campaign for World Mental Health Day 2019. Conducted across its partner children’s homes, the campaign focused on creating awareness about and engaging in positive mental health practices among the children (aged six years and above), partners, and staff at Miracle Foundation India.

As per the World Health Organisation, one out of four teens in India between the ages of 13-15 years suffer from depression. In connection with this, suicide is the second leading cause of death in the world for those aged 15-24 years and 30 per cent of suicides worldwide happen in India and China.

In light of this year’s theme, ‘Suicide Prevention’, Miracle Foundation India’s campaign was aimed at cultivating the social and emotional development of the children under their care. According to the National Mental Health Survey 2015-16, less than 10 per cent of those suffering from this illness actually consult a professional. All of these statistics highlight the need for action, support, and awareness from the early phases of one’s life so that it doesn’t reach a stage where it’s too late.

The foundation is committed to promote mental health and well-being of children in CCI’s by cultivating social-emotional development, building life skills, and developing coping strategies. This prepares them to cope with the stresses of life, achieve their full potential and live a productive life.