Over to Luv Kush

Over to Luv Kush 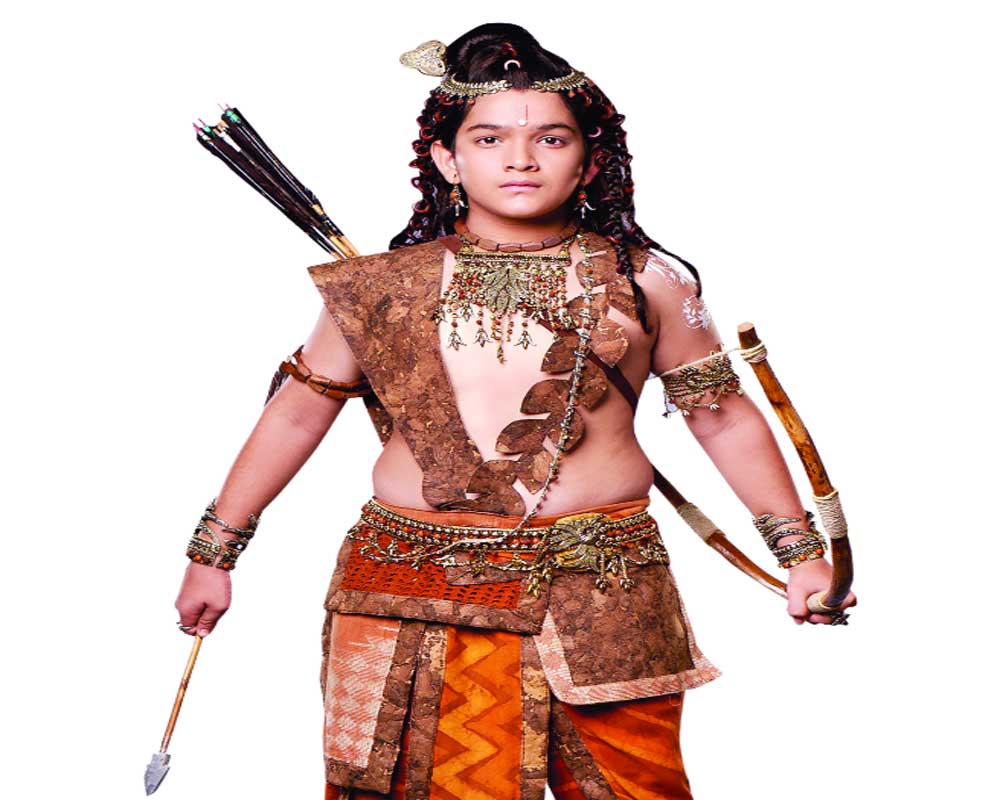 It’s raining mythological drama on TV. Colors’ new show Ram Siya Ke Luv Kush is a case in point. MUSBA HASHMI catches up with child actors Harshit Kabra and Krish Chauhan who play Luv and Kush, to give you a sneak-peek of the show

The fascination and obsession of the Indian audience for the mythological dramas is not going to end anytime soon. In fact, it is on the verge of taking over TV. From shows like Mere Sai, Vighnharta Ganesha, Mahakaali, Sankatmochan Mahabali Hanuman, Radha Krishn to now Ram Siya Ke Luv Kush and Jag Jaanni Maa Vaishnodevi there’s no stopping. The one thing that keeps the viewers hooked to such shows is the love for their culture, tradition, values, beliefs and at the same time they get a sneak-peak of the country’s history.

But, one thing to look out for in such shows is the creator’s imagination. They have the ability to make the same story so unique that it grabs eyeballs. Now comes how they do it — it’s not only because of the CGI and the VFX but also the maker’s vision and the power to narrate the same story in a hundred different ways and still manage to maintain the freshness. And not to mention that CGI, VFX, lighting and sound effects does leave an impact by enhancing the viewer’s audio-visual experience and making the show stand out in the clutter.

Time and again, the tales of Ramayana have been of much interest for the viewers and it’s time when the show is back on TV but with a different perspective. Ram Siya Ke Luv Kush will narrate the story of how Luv-Kush played an instrumental role in reuniting their parents. The show airs on Colors TV, Monday to Friday at 8:30 pm.

Child actors always enhance the show’s  essence not only with their innocence but also because of their acting skills which is always on par with the senior actors. Hence, it is a pleasure to watch such shows.

As for our onscreen Luv-Kush, it is not the first time that the duo is facing the camera. They have been entertaining us for some years now.

Harshit Kabra, who essays the role of Luv tells you that it is his first show as a lead and there cannot be a better role to ask for. Kabra’s acting journery started from a chat show Badmaash Company — Ek Shararat Hone Ko Hai with Juhi Chawla. He was four then.

Krish Chauhan, who is seen playing Kush in the show made his way in the industry with a dance reality show — DID L’il Masters Season 3. He was selected in the top 26 out of the 2 lakh contestants who auditioned.

Chauhan recalls that he was never interested in dance until one day he thought of giving it a try.

“My elder sister was a professional dancer. I used to see her practice at home. Then one day an idea striked my mind that why should not I give a try. Then I started learning dance. Then DID L’il Masters happened with me. Then, I went on participating in dance competitions. The most memorable one is a competition where Ganesh Hegde was the judge. I won the first prize there. The winning amount was Rs 25,000 along with a trophy which Hegde Sir handed me,” he tells you.

While Kabra is innocent and cute, Chauhan on the other hand is naughty. The duo leaves no stone unturned in making you believe that they are brothers in real life too.

Playing such characters come with costume woes but for Kabra and Chauhan, it is not much of a problem.

“We feel comfortable in our costumes.  Though it’s a bit heavy and we have to carry our bow and arrow too but that doesn’t makes a difference. We can play around comfortably in our costumes too,” Chauhan tells you and adds that their costumes are nothing as compared to Ram and Siya’s which weigh as much as 15 kg and 25 kg respectively.

Though, both the child actors are enjoying being a part of the show, there were some instances where they had to push themselves a bit.

“We took workshops to learn how to  use the bow and arrow. We also had to practice the dialogues,” Kabra tells you.

While Kabra is fulfilling his father’s dream of acting, Chauhan is pursuing what he loves doing the most — acting. We hope to see the duo together in more shows where they get to perform their heart out and mesmerise the audience with their innocence and acting skills.