‘India has the best cannabis, hence more research is required’

‘India has the best cannabis, hence more research is required’ 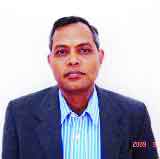 Shalini Saksena speaks with Dr Ram Vishwakarma, director of Indian Institute of Integrative Medicine, about key areas where cannabis can be used for medicinal purpose

What are the areas where the plant (cannabis) can be used in medicine?

There are two areas that have been approved in the US and the UK where a molecule called Epidiolex for epilepsy in children, the other is Setivax which is pain management in cancer management. Because of this, many countries are using it even for recreational product. Like in India before the 1985 NDPS Act came into being when one could go and buy it from licensed shops during Shivratri and Holi.

Does this mean, even in India, the plant can used for epilepsy and cancer?

No, not at present. But this is what we are trying to do at our institute in Jammu. We have taken legal license to cultivate cannabis for scientific and medical research purpose to develop identical product for epilepsy and cancer here in India. Three departments — we (CSIR), ICMR and Department Of Biotechnology have signed a joint agreement under which we are developing these two products. Our institute is involved in cultivation and production of API. Then we will do the clinical work. Then ICMR, will carry out the clinical trials at AIIMS in Delhi and Tata Memorial Centre in Mumbai.

What is the need to carry out this exercise when it has already been clinically proven?

There are two options. First, the Government allows import which is going to be very costly. The people in India will not be able to afford the treatment. Second, the Indian regulator has to approve it, one can’t legally produce it. Also, the plant that grows in the US or Canada is not the same here in India. You can’t pick up any plant and say that this is hemp and can be used for medicinal purpose. For the plant to have these properties, it needs to have two key ingredients — CBD and the other is THC. For any medicine to be effective these two have to be in the required proportion. We need to do research on the Indian plant which grows like a weed all over the country. There is lot of cross pollination. Unfortunately, after 1985, no research has been done. We need to do so since the best variety of cannabis is in India. We need to study the chemistry and the breeding before it can be used in medicine.

Have the seed been developed here?

Yes, we have developed the seed here in India and took permission for its cultivation.

Did you face a lot of problems to get permission from the State Government?

Definitely. There was a lot of paperwork involved. It took us two years to get the permission. It has been two years since we have been carrying out the research. It is a Schedule I drug and I had to submit papers to the J&K Government which they considered under due process and then gave permission for cultivation in one acre of land for medicinal and research work. We have requested for more land which we may be given. Efforts are taking place in UP as well in cannabis. In Uttarakhand, the permission is cultivation of hemp.

How cheap will these medicines be?

These medicines will be as cheap as any other medicine that is available in the market. It will be affordable. The plant is indigenous to India and grows in abundance. We have the potential to export it to other countries. It is a $10 billion market for these two drugs. We if can start producing these drugs, it will benefit many stakeholders including the farmers. Many foreign companies are looking to India for opportunities.

Does this mean that the substance abuse will not happen?

There is no way that this can be prevented. Take for example some cough syrups, people misuse it. These medicines will come as prescription drug just like morphine. In Barabanki, UP, the Government has given permission to grow opium. They procure it and give it to companies who make morphine. The same pathway will have to be applied here as well.

Are there any other areas where the plant can be used for medicine purpose?