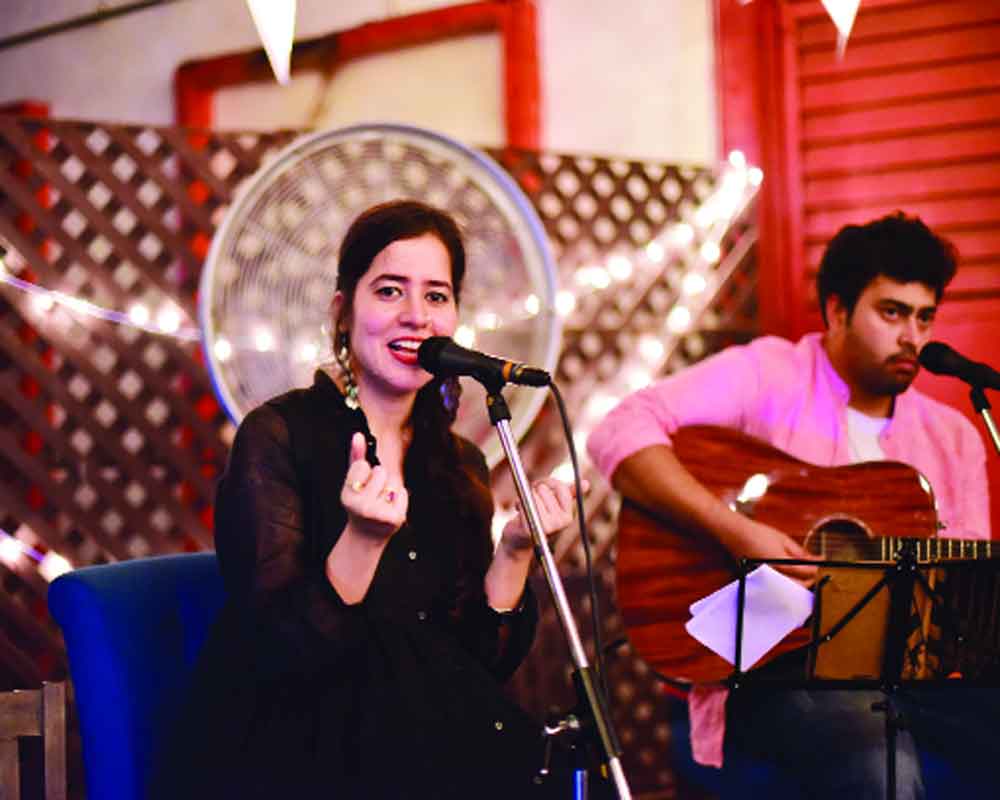 Vibha Saraf, singer-songwriter from the Valley, speaks with Shalini Saksena about how she came to write a Kashmiri song for a Telugu film, among other things

I used to be a management consultant. I had this job for five years before I turned to music and took it up professionally. But I have been singing since I was four. I did my first show when I was eight. I learnt Hindustani Classical from Sriram Bharatiya Kala Kendra for four years in Delhi. Once I quit, I took five years of professional training in mainstream music. I am trying to up the Kashmiri folk. I collaborate with other artists as well. I write my songs too.

I was in fourth year of my job when I decided to quit. I was getting frustrated with what I was doing. But passion alone is not enough to make you realise your potential. You need more.  It was the passion that capitulated me into singing.

Songwriting was always dominant in me. I was always writing. There were melodies inside my head even as a little girl. But I didn’t know that there were words in them. I discovered it much later and gave it a name when I started writing for Nucleya.

I am a rooted Kashmiri and believe in carrying forward the traditions. There is a lot of negative connotations. When the music composer Joy Baruah, who was part of this film, approached me to write the lyrics, I wanted to do so in Kashmiri language since the language comes naturally to me. They loved what I had done. This song is perhaps the only Kashmiri song in any Dravidian film.

My first single was Harmokh Bartal. It was a folk song, I gave it my interpretation so I would not give myself credit. But through various collaborations I want Kashmir to be heard. There is a story to tell not because there is a sound to songs but to tell people what the words mean. There is a lot of sufism to Kashmiri songs. People, listen to them but don’t understand the words. I want to change this.

There is an interesting story here. I was in Hyderabad performing with Ehsaan-Loy. On the way back, I got chatting with two young singers who wanted to meet Nucleya who was also at the airport. I initiated a conversation with him and exchanged numbers. He felt that I could write songs. He sent a melody over WhatsApp, a basic melody. I added the words. He loved it. I went on to compose and write lyrics on two songs and sang one song.

It is a balance that needs to be achieved. We all need our bread and butter but we also need something for our souls. That is why I broke away from the corporate world. I am grateful to all my collaborations but some contribution needs to come from within.

I have been fortunate that I have lent for voice in a  space that I have been casted correctly. Yes, there is a sense of ownership when you do your own work as you out in so much of yourself into it.

I like the way it has been hash-tagged — through your roots. I am very rooted into traditions. I have known Indranil for a very long time. Second, college is such a vibrant place and love to be part of the energy.

There are a few projects as a singer. I am also open to writing songs as well.