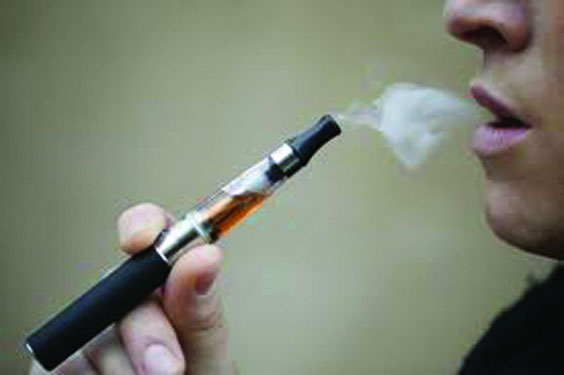 The debate has intensified in India about the merits of ENDS (electronic nicotine delivery systems) with passion displayed on both sides of the argument. Despite it being a relatively contemporary debate, research has been undertaken for over ten years and it is clear that these new technologies do not pose significant health risks.

Nonetheless, ENDS are incorrectly viewed as equally harmful as conventional cigarettes. However, an objective review of the evidence is unequivocal in the benefits of the category. They can play a critical role in solving a major public health crisis in India and the world.  ENDS are not risk-free, but even the most stubborn critics in the tobacco control movement must now acknowledge that they are a much less harmful alternative to tobacco cigarettes. And smokers not intending or unable to quit must have access to less harmful alternatives.

The science proves that e-cigarettes give smokers what they seek — nicotine — without the harm associated with tobacco combustion toxicants. Findings from Public Health England show that e-cigarettes are 95 per cent less harmful. My own research into chronic obstructive pulmonary disease (COPD), a major cause of tobacco related death, that was tracked over a 3.5 year period found that regular use of vaping products ameliorates several health effect indicators in COPD and demonstrates that these beneficial effects are likely to continue in the longer term. By markedly reducing the number of conventional cigarettes smoked per day and hence exposure to their numerous hazardous toxicants, e-cigarette use may not only enhance COPD outcomes, but may also bestow an overall health advantage.

Although reducing the negative health burden of tobacco smoking is a clear priority for COPD patients who smoke, high failure rates are frequently reported in these patients. Moreover, approved smoking cessation therapies (ie, nicotine replacement therapy, bupropion, and varenicline) only seem to promote modest enduring cessation in smoking COPD patients. This is because the subjects may find it challenging to completely stop using nicotine and/or require longer treatment regimen, support, or nicotine maintenance to possibly aid in attaining continued abstinence from smoking. For these individuals, tobacco harm reduction (THR), that is, the use of combustion-free nicotine delivery systems  could be a pragmatic compromise with the possibility of significant health gains.

Although it is important to acknowledge that nicotine is a potent psycho-stimulant and young people should avoid its use, in conventional cigarettes, it is not nicotine but tobacco combustion chemicals that are the overwhelming cause of tobacco-related disease and death. As respiratory physicians, we should be more concerned of the damage associated with the harmful and potentially harmful constituents generated after combustion than nicotine consumption per se.

A rapid reduction of smoking prevalence has been shown in all countries where the tobacco harm reduction principle, including regulating ENDS, has been integrated with existing tobacco control policies. I believe that full substitution of tobacco cigarettes with these new technologies may well reduce the risk of future tobacco-related diseases. I’m not saying these new technologies will completely solve the problem, but neither will the tobacco control policies we have now. I believe an integration of two solutions, like new nicotine delivery systems and tobacco control policies, would lead to the best results, as currently shown in those countries where e-cigarettes have become popular.

The advisory from the Indian Government to prohibit ENDS is confusing, particularly in the absence of India-based research. It is incumbent upon a welfare oriented Government to work together with the scientific community to better protect the millions of Indian smokers by adopting a harm reduction strategy.

A tool that helps tackle nicotine addiction and also helps reduce the use of traditional tobacco-based cigarettes is an opportunity that cannot be missed. It is an opportunity for society to address one of the world’s most serious public health issues by taking advantage of technological innovation allowing much less harmful nicotine consumption. India and the world needs to recognise the potential of ENDS in reducing the adverse health effects of smoking.

(The writer is a researcher whose interest is on cures to smoking-related diseases and alternative tools for smoking cessation. Riccardo Polosa is full Professor of Internal Medicine at the University of Catania with specialist role as a Respiratory Physician, Clinical Immunologist, Allergist and Rheumatologist.