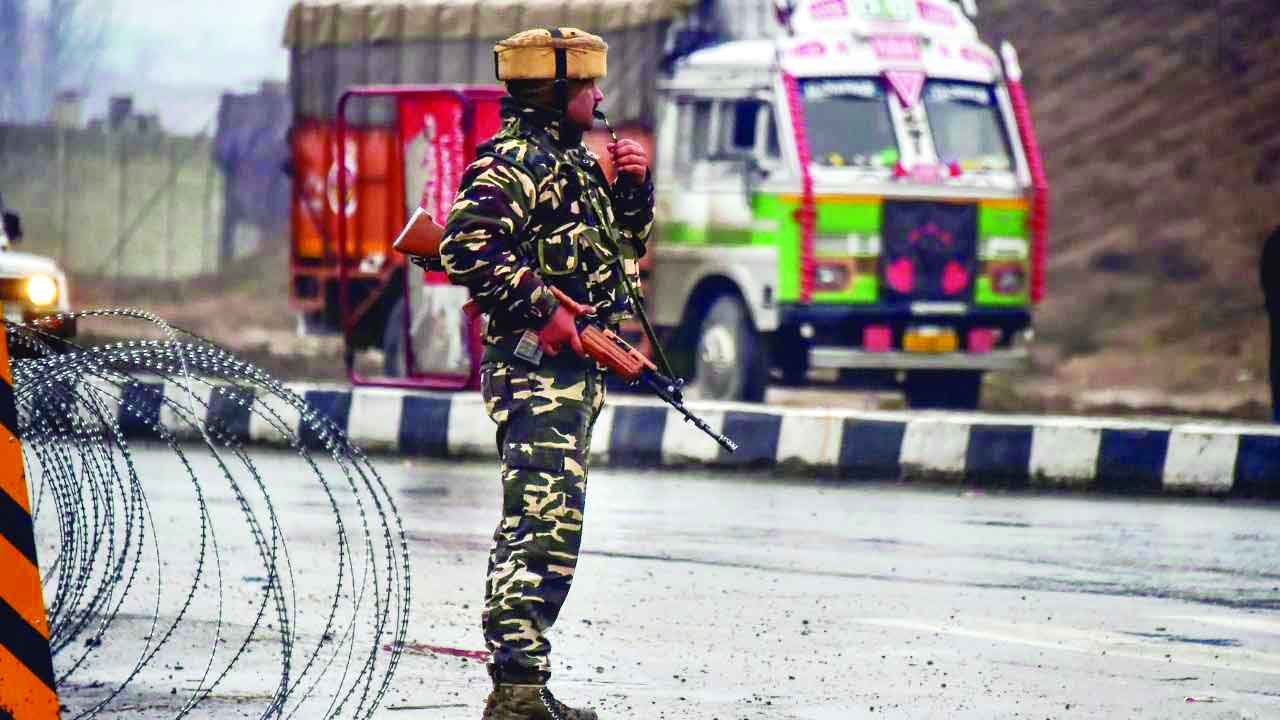 It will be an apt description of India of the 21st Century — a nation angry with itself. However, after a long time in recent memory, overcoming the deep political, social and regional chasms, the nation stands as one. It marks the advent of a long overdue healing, although tragically sparked by the unfortunate loss of 41 central reserve police force brave hearts. The brazen and cowardly suicide attack on Valentine’s Day in Pulwama region in South Kashmir, by the Pakistan based UN designated terrorist group Jaish-e-Muhammad, has trigged a bipartisan political unity in India’s darkest hour, in decades. One recalls late Atal Behari Vajpayee had called Indira Gandhi, “Durga”, during the 1971 war, and thrown the support of the entire Opposition behind her.

These are extraordinary times in India’s independent history, as the nation firms up resolve to wage the battle for its soul. The Kashmir conflict which has divided the nation for 60 years, has become the unifying factor, sending a strong message to Pakistan and China, that regardless of the political and ideological differences, 1.3 billion hearts beat in unison.

There is little time for mourning, as the grieving families and agitated citizenry demand retribution. India has withdrawn the Most Favoured Nation status granted to Pakistan and briefed 25 key states about the situation, including Germany, Israel, South Korea, Japan, Australia, Canada and the security council members, US, UK, France, Russia and China. The once lambasted and ridiculed PM Narendra Modi’s international visits have yielded the goodwill built over the years, for India to capitalise. The United Nations secretary general Antonio Guterres along with a long list of member states have condemned the heinous attack and expressed their solidarity with India.

Having hurt by the Pakistan based military-jihadi industrial complex during the Afghan war, and forced to undertake unilateral drone and military strikes in self-defence, the US has been most scathing in deriding Pakistan. The US National Security Adviser John Bolton assured India’s National Security Advisor Ajit Doval that India reserved the right to self-defence, as also provisioned under the Article 51 of the UN Charter. It speaks volume of India’s challenges ahead, that in spite of blocking military and financial aid and eliminating over 2,000 Taliban and Al-Qaeda cadres in drones strikes since 2004, the US failed to dismantle the military-jihadi industrial complex that continues to thrive in Pakistan. Despite harbouring 22 UN designated terrorist groups, Pakistan, after being abandoned by the US, has found refuge in its all-weather ally, China.

Although, the Pakistani PM Imran Khan has cautioned against China’s ‘debt diplomacy’, Pakistan has been completely enslaved by China, partly due to the altered geopolitical realities and also with the advent of $62 billion China-Pakistan Economic Corridor project. With such colossal stakes resting in the CPEC, China has no intention of undermining the complex, and has supported Pakistan in the UN, by blocking the proscription of JeM leader Maulana Masood Azhar and United Jihad Council Chief Syed Salahuddin, by India, US, Britain, and France.

As passions run high in India, what is required is a calm-headed leadership which is courageous yet cautious, resolute but flexible. Retribution should be based on strategic astuteness to instil immediate, medium and long-term impact. For starters, the CRPF needs an urgent makeover in advanced tactical and counter-insurgency training, resources and equipment, to iron out its vulnerability in ‘disturbed areas’. Be it Dantewada or Pulwama, it has been one attack or one loss too many. Its inability to anticipate the threat on both occasions leaves much to be desired for in honing its CT capabilities. As the lines between the border-based threats and internal security got blurred in J&K, the deficiencies in the para-military training have been exposed time and again. This may, unfortunately repeat, unless the CRPF becomes the 21st century state-of-art force in the real sense.

Second, Pathankot, Uri and now Pulwama have exposed the gaffes in India’s border management apparatus, paramilitary-JK police-military interoperability and bureaucracy-military/paramilitary coordination. Abdul Rashid Gazi, an Afghan war veteran, as reports suggest, was commissioned by Masood Azhar to avenge the death of his nephews, Talha and Usman, local JeM operatives, and entered India in early December to execute the plan. Ranging from the ineffectiveness of high definition drones, thermal imaging cameras to intelligence decoding, sharing and actioning, India’s CT apparatus has many glaring holes to fill, and before too long.

Third, India must aggressively build its case in the international fora to isolate Pakistan by harnessing the evolving consensus against Islamic terrorism in the wake of ISIS-inspired attacks in Europe, US and the western world. Tremendous goodwill generated following PM Modi’s visits to the US, Europe, Middle East, Africa, Central Asia and the Indo-Pacific, should be utilised to push for the long due Comprehensive Convention on International Terrorism in the United Nations. Based on a combined effort of the US, UK, France, Germany and India in January last, Pakistan, currently on the grey list, can be blacklisted by October 2019, by the Financial Action Task Force, due to meet shortly in Paris. This will squeeze Pakistan’s tattered economy further. Also, if Pakistan fails to comply in its international obligations to prevent terrorist financing and money laundering, a case can be made for sanctions under the International Convention for the Suppression of the Financing of Terrorism.

Fourth, on the military front, as Bolton advised Doval, there is a strong defence available for a punitive strike against the PoK based terrorist groups in self-defence under Article 51. The UNGA Resolution 2625 also prohibits states from supporting acts of terrorism, putting them under obligation to prevent such unlawful acts, failing which India can rightfully stage a shock and awe offensive, as and when terrorist bases and operatives become active in PoK.

Fifth, the Raisina policy mandarins understand well that it is China, which is the sole source of Pakistan’s defiance vis-à-vis the US and India. Therefore, India must diligently pursue its hyphenated Sino-Pak policy. China’s veto in the UN Sanction Committee, blocking Masood Azhar’s proscription; opposition to India’s entry into the Nuclear Suppliers Group; and the Doklam standoff, are reminders that India can only ill-afford to misread the Sino-Indian Wuhan bonhomie as a change of heart on part of Beijing. It should intensify its links with Iran and Baloch nationals to escalate the cost of Gwadar Port and CPEC for China.  The Balochistan and PoK salvos fired by PM Modi in 2016 from the ramparts of the Red Fort need to be activated. Former Afghan President Hamid Karzai, Afghan Ambassador to India Shaida Mohammad Abdali, Brahamdagh Bugti and residents of PoK and Balochistan have backed PM Modi’s Red Fort pronouncements. Granting asylum to Bugti immediately, India should highlight human rights violations in Balochistan at the UN Human Right Commission in Geneva, Human Rights Watch, the US State Department and European Parliament.

Sixth, it is time to speed up the hydro-projects in Kashmir on the Indus system of rivers, which in due course will allow to withhold water and threaten Pakistan in turning into a ‘dust bowl’. Pakistan, from experience understands well that international arbitration is time consuming, expensive and laborious, which would squeeze it Pakistan further as well as cause civil unrest over water shortage.

Last, following the Pulwama attack, separatists’ sympathisers and status-quoists outside Kashmir have been marginalised by the emerging bipartisan political solidarity. The Modi Government must utilise it to not only purge the separatists with a firm hand, but also build political consensus in the Parliament to establish the supremacy of India’s Constitution over Jammu and Kashmir. Let us be clear, irrespective of who runs the Government in New Delhi, Pakistan’s Kashmir policy will remain unchanged, and the battle for India’s soul and Kashmir will be won, for good, in New Delhi.

The writer is the CEO, Institute for Australia India Engagement, Brisbane