India gears up to play the Great Indo-Pacific Game

India gears up to play the Great Indo-Pacific Game 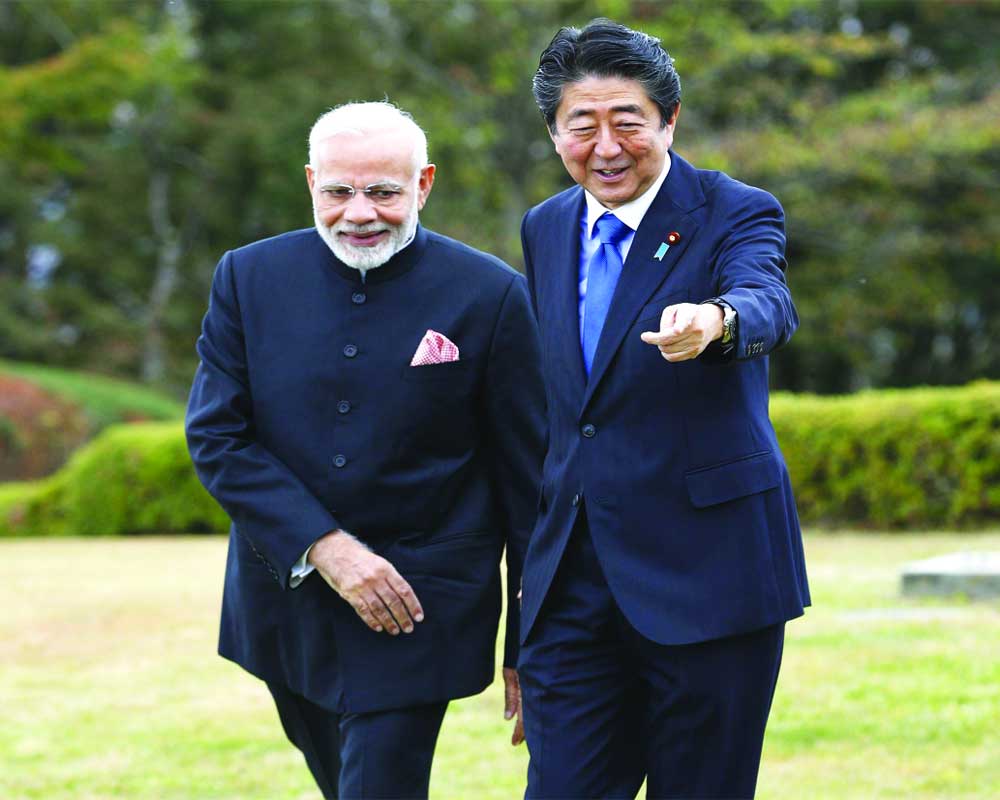 Unlike the previous UPA government, which was shy about using the term ‘Indo-Pacific’ in its diplomatic/strategic discourse, the Modi government has clearly articulated its policy towards the region. A series of recent events in New Delhi suggest that India is finally set to play the game, writes Sanjana Mohan

The Ministry of External Affairs (MEA), led by the suave and sophisticated S. Jaishankar, organised two significant discussions on the Indo-Pacific region — the 6th Indian Ocean Dialogue and Delhi Dialogue XI — in New Delhi on December 13-14. The theme for the first event was ‘Indo-Pacific: Re-imagining the Indian Ocean through an Expanded Geography’, while the second one focused on ‘Advancing Partnership in Indo-Pacific’. The MEA called the exercise an attempt to build on the “growing recognition of the Indo-Pacific concept in strategic and academic circles within the region and beyond”.

The two high-profile events almost coincided with a ‘Special Talk’ by Cleo Paskal, an Associate Fellow at London-based Chatham House (also known as the Royal Institute of International Affairs) and expert on all things Indo-Pacific. Organised by Global Counter Terrorism Council, a Delhi-based think tank, Paskal highlighted “strategic shifts in the Pacific islands” and “how they may impact India’s outreach in South Pacific”.

What explains the growing curiosity on Indo-Pacific? Partly, the interest is spurred by economic/financial reasons. As JNU Vice-Chancellor M. Jagadesh Kumar writes in the ‘Foreword’ of Chintamani Mahapatra’s recent book, Rise of the Indo-Pacific: Perspective, Dimensions and Challenges: “If there’s one region in the world where nearly half of the world’s population resides and facilitates significant seaborne trade on the sea lanes of communications with a coalesced Gross Domestic Product (GDP) more than that of either USA or the European Union, then it is the Indo-Pacific region.”

Prof Mahapatra, in the same book, traces three major developments that led to emergence of the concept of ‘Indo-Pacific’ that “doesn’t replace but subsumes the geopolitical entity, hitherto known as the ‘Asia-Pacific’”. The newest development, he writes, is “the rise of India as an economic powerhouse and influential political actor in world affairs, especially in Asian affairs”. Also, to India’s advantage is the fact that it is strategically located between two global oil supply ‘choke points’ — the Malacca Strait and the Strait of Hormuz — forcing other major powers to seek maritime security cooperation with it.

The second important development is China’s perceptible emergence as a revisionist power in the region. China, in recent years, has abdicated the façade of its “peaceful rise” in favour of an assertive foreign policy and use of military strength to assert its sovereignty over ‘disputed’ islands in the South China Sea. China has now come to be seen as a new “bully” and a “pushy hegemon”, especially in its neighborhood. “Everyone is really scared at the possibility of China turning the island into a military base,” said Paskal, adding: “A military installation would carry strategic and symbolic significance. Some American officials believe China’s efforts in the region echo the period before and during World War II, when Japan wrested control of island assets, which were won back in turn by American and Australian troops in bloody battles.”

Paskal further reminded that it was also a matter of feasibility. “China goes where there is value and interest. With the United States pulling back in much of the world under President Donald Trump’s ‘America First’ policy, Beijing is often knocking on doors left open.”

Along with the rise of China and India, the third important development is “the erosion of self-confidence of a regional grouping in the Asia Pacific that had emerged as a leader in regional multilateralism” — ASEAN (Association of Southeast Asian Nations). China’s emergence as an assertive power threatening to change the status quo created new challenges to this grouping. ASEAN simply failed to develop a cohesive and coherent policy vis-à-vis China, thanks to uneven Chinese influence on its member-states.

Paskal explained the reasons behind China’s endless appetite for islands, especially in South China Sea. “If you have one island, you get 200 nautical mile area around exclusively,” she said, further explaining how at the end of the Cold War, “the UK and the US realised that this region was not the centre of the map and they pulled back by giving the strategic control to Australia and New Zealand”. This traditional American indifference, which has aggravated under Trump’s ‘America First’ policy, along with the much weakened and divided ASEAN, has opened doors for India. What also seems to be unwittingly helping New Delhi is that there is now a growing backlash against China’s “debt-trap diplomacy” not just in South Asia but in the wider world. This rethink has resulted in countries seeking to renegotiate loan agreements or even scrap some of the Chinese projects. This backlash might help India regain some of the losses it had incurred in the past due to its defensive foreign policy.

Despite the Trump administration’s transactional approach to foreign policy, which has been troubling not just India but also its strategic allies and partners, the Indo-American relationship is moving ahead quite appreciatively. President Trump has further deepened the already vibrant relationship by turning it strategic in a significant way. More significantly, the US-China trade war promises to give India more elbow room to seek its rightful place in the region.

In all this, India has a constant and perennial support in Japan. For more than a decade now, Tokyo has actively sought to play a proactive role in the region where India is one of the key partners. Strategic expert Brahma Chellaney, in one of his articles, emphasises that the US-India-Japan relationship would not just help achieve a stable balance of power in the Asia-Pacific region but also check China’s neo-colonial tendencies. “This triangular relationship is going to be critical in shaping an open, inclusive, and rules-based Indo-Pacific,” he wrote.

As a series of recent events in New Delhi suggest, India is finally gearing up to play the Great Indo-Pacific Game. Unlike the previous UPA government, which was shy about even using the term ‘Indo-Pacific’ in its diplomatic/strategic discourse, the Modi government has clearly articulated its policy towards the region. The dice is being rolled, albeit slowly, by India, the US and Japan to create a stable balance of power in the Indo-Pacific region and ensure that no one nation, especially the one prone to be a bully in its neighborhood, dictates its authoritarian writ in this part of the world.