Serendib a tale of two cities

Serendib a tale of two cities 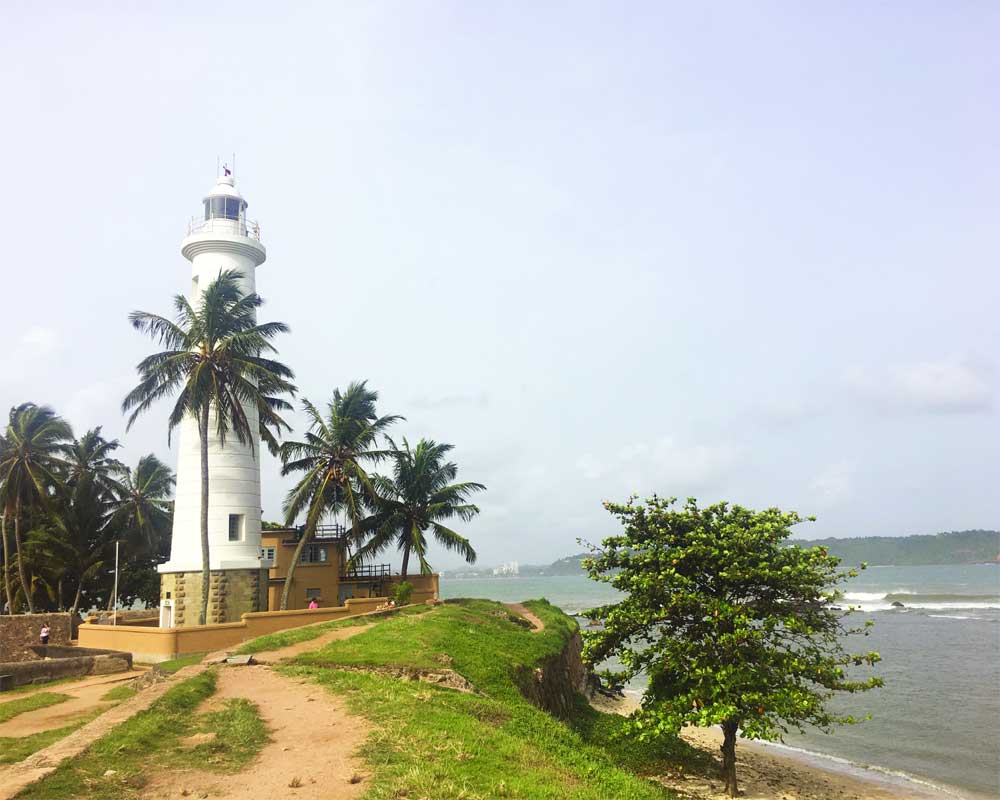 The island country of Sri Lanka offers an array of experiences and activities for nature lovers and adventure seekers, writes Navneet Mendiratta, as she explores the cities of Galle and Tangalle along its southwest and south coast

First time in Sri Lanka?” A routine question at the immigrations counter had me wondering why hadn’t I thought of visiting this country before. Considering, we are friendly neighbours, the access is so smooth and currency makes it budget friendly, why was it that the idea had never popped in our heads? And just about when I had shrugged the thought away, my daughter’s observation had us all discussing it aloud. “It’s so similar to south India,” she remarked. “Close. And yet, so distinct in its character,” remarked the husband. We were driving towards the south west coast of this island country for our first stop to the city of Galle.

Verdant green landscape lined with coconut palm trees, wild foliage and great (albeit a little humid) weather had us all hooked and agreeing that it’s better late than never. Thatched roofs of traditional style homes, highways that remind you of state roads in the south back home, it felt as if we had been transported back in time. All save for a distinct coastal line in the back drop that reminded us that we were on an island.

Galle was the first city we visited in Sri Lanka, choosing to drive straight down from the capital Colombo. A bit groggy from the early morning flight, we were not particularly impressed with what we saw of Colombo. It has all the frills of a busy city, including cold structures and growing traffic. Perhaps this was why the city of Galle came as a welcome surprise. We had opted to stay in the fort city of Galle. Built by the Dutch in the beginning of 1663, Galle Fort continues to be a living fort ensconced within the wall, cutting off the sea and the new part.

In many ways the city transports you to a medieval town of Europe. Cobbled streets, building that date back to the time Dutch set it up (and really well preserved at that!) there is a certain quaintness about the place that touches an instant cord with a heritage lover like me.

It is said that Galle got its name from the Portuguese in 1505 when they were forced to land at its shores. They christened it Galle after the rooster’s (Galo in Portuguese) call that helped them discover the land. Incidentally, Gala in Sinhalese means a rock and that was possibly how the place got its name. Galle Fort was first built in 1588 by the Portuguese and further fortified by the Dutch in the years after to prevent attacks from colonial competitors both from the sea as the land. You can still see battlements along the fort walls that were built for defense in case of an invasion. The British took over the city in 1796.

It is fascinating to see the impressions that each of the settlers left behind, preserved so well even to this day. Little wonder the fort city finds a place in UNESCO World Heritage list. The city today attracts a lot of visitors from across the world for the heritage experience that it offers. Every structure is a part of a living community, housing administrative offices, courts, cafes, companies, shops and hotels, many of which are owned by foreigners.

You can easily cover the fort city as a heritage walk in about two hours. Heritage lovers, of course can easily spend days here! The heritage walk takes you through the ramparts of the Zwarte or the Fort (oldest of 14 bastion built by the Portuguese that gets its name from the fact that it was always covered in the black smoke from the canons and guns); Old Dutch Hospital (now a shopping and dining precinct), All Saints’ Church (dating back to13th Century that stands on the site of the old court house. It is said the gallows stood on the site of the present church altar); Groote Kerk (Dutch Reformed Church built by the Dutch in 1755); Maritime Archaeology Museum (a warehouse dating back to 1671 that now showcases marine-centric exhibits) and Amangalla (a 1684 mansion that was once the headquarters of Dutch commanders and their staff).

Amangalla has an interesting history. After the Dutch left, the Britishers too used the complex as the quarters for their soldiers. In 1865, it was converted into the New Orient Hotel, catering to 1st-class P&O passengers travelling between Europe and Galle port in the 19th century. During much of the 20th century, it was run by the legendary Nesta Brohier, a grand lady who was actually born in the property itself. It was in 2004, that the property was  restored to its full splendour and run by the existing management. The building is beautifully preserved and filled with antiques, chandeliers, and flower displays dating back to the 19th century. Certain areas of the property, such as the Zaal (or the verandah) and reception are open to the outsiders and only hotel guest can access the rest of the building. Tea at Amangalla at Zaal is highly recommended by travel advisors across the world.

The fort does not offer much of a nightlife and the restaurants usually close at around ten at night. Those who wish for more excitement can head out for seaside resorts like Amari Galle that offer a good night time experience plus great food, especially their Sri Lankan spread. Make sure you ask for one in case you are there. In fact, those interested in water activities would find a lot to do at seaside spaces that come with a beach.

Surfing was definitely on our minds as we headed to Tangalle. The coastline here is dotted with boutique properties and luxury resorts, much like the south Goa (not really a fair comparison, but just so you get the gist). Unashamedly, Aman’s other property leaves a distinct mark. Designed by Australian architect, Kerry Hill, Amanwella is characterised by a modern, linear and streamlined design, and clearly pays tribute to the style of Sri Lankan native Geoffrey Bawa. It comes with the most pristine of the beaches, which though public does not get too many visitors as the sea is very choppy here. You can of course, enjoy by the side or use it for yoga. We did and it was one of the most beautiful experiences.

Back to surfing. The area offers a good ‘mix’ of beaches that are suitable for surfing, grade varying and depending on how well trained you are. It is easy to enroll in one of the surfing schools, who run classes starting from a day for the beginners. We took one for the beginners and were taken to a sandy beach suitable for the beginning with beautiful waves tempting you to ride them. To share about the training, the daughter had a go and yes, she was able to board her surfboard within an hour of the lesson!

Dolphin and whale watching at Mirissa is another popular activity. But this is entirely season depending. It was raining the day we were there, so not in luck. But as they say, you save it for the next time.

For a seemingly small island, there is a lot that one can do in Sri Lanka. As for me, the trip has been like an introduction. I’m definitely coming for more.