The unending struggle of the Baloch

The unending struggle of the Baloch 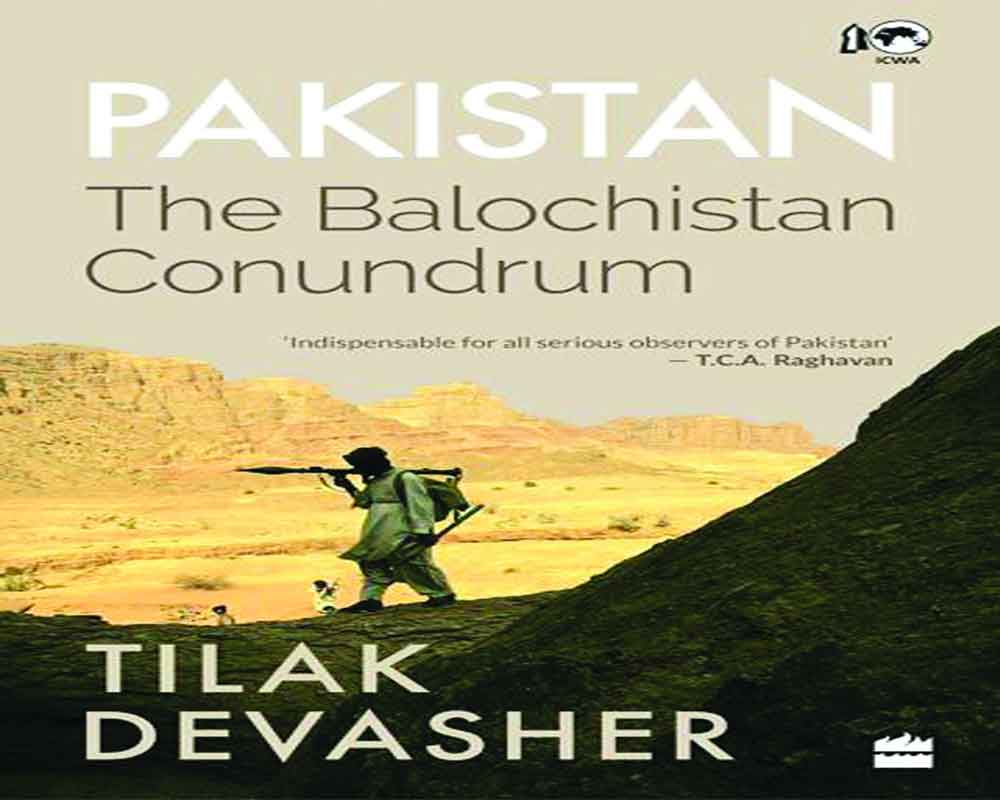 With his keen understanding of the region, the author traces the roots of the deep-seated Baloch alienation to the forced accession of the princely state of Kalat to Pakistan in 1948, writes Kumar Chellappan

The statement by General Rawat, Chief of Staff of the Indian Army, that Pakistan Occupied Kashmir (POK) is controlled by terrorists and Gilgit-Baltistan and POK have been under illegal occupation of Pakistan is to be noted seriously. A perusal of history shows that many such provinces in the North West region as well as North East region of the country were part of India and the country was forced to surrender the rights over them as part of a ploy by the British rulers.

One such independent country that existed during the colonial rule of the British and enjoyed the status of a sovereign nation was Balochistan. Ironically, nothing much has been written or taught in India about Balochistan, its glorious past and communal amity (which is in stark contrast to that of Pakistan). One of the TV news channels in Kerala had telecast a programme about Hinglaj Mata Temple in Balochistan which is being preserved with utmost care by the tribal community. Every year, the Mandir draws thousands of Indian devotees to this country and the pilgrims are treated with respect by the tribal communities. In modern times, the term Balochistan was heard in the Indian narrative for the first time in 2009 when the then Prime Minister Manmohan Singh assured his Pakistani counterpart Yusuf Raza Gilani that India was doing nothing in Balochistan. “Indeed nor should it be doing anything there,” the economist-turned-politician is reported to have said in the joint statement with Gilani issued on the sidelines of the Non-Aligned Movement meeting held in Egypt.

An attempt has been made to unravel the hitherto untold and unpublished details about Balochistan. “Pakistan: The Balochistan Conundrum” authored by Tilak Devasher, a former senior official of the Cabinet Secretariat. Devasher is an authority on Pakistani politics which could be understood from his first book “Pakistan At The Helm”, published by HarperCollins. His lucid style and articulation are the reasons why readers prefer his works. Devasher tells the required facts in a straightforward manner. His intentions are clear because he wants people to get enlightened and educated. The style is as elegant as Devasher himself.

The author takes the readers straight to Balochistan and gives us some important facts which would kindle passion in the mind to know more about the subject. The population of Pakistan is 21 crore while that of Balochistan is 1.23 crore. Balochistan constitutes 44 per cent of Pakistan’s landmass. This is just one of the reasons behind Pakistan’s avarice for this once sovereign country. Balochistan is a treasure house of minerals and energy resources. “Had there been no Balochistan, there would not have been any Pakistan,” felt the British rulers who had manipulated the geo-politics of the region before they lowered the Union Jack and gave way to the national flags.

The British colonialists wanted to manipulate and influence the sub-continent by remote controlling from London. They had a fear that the ever increasing influence of the then Soviet Union was detrimental to their political, commercial and other strategic interests. Hence they felt the need to have a region, a long strip from the Gilgit to Balochistan administered directly by the Britain.  This was what suggested by a British army officer R C Money in charge of strategic planning in India during the period.

“However by 1947, the British felt that instead of locating a base in a weak Balochistan, such a base could be established in Pakistan that was more than willing to accommodate the British. Hence it was in British interests to ensure that Balochistan was kept within Pakistan and did not become an independent entity,” writes Devasher (Page 85).

As per various treaties entered into by the then rulers of the princely State of Balochistan (the Khans of Kalat) with the British government, the former had been assured by the colonial masters that Balochistan would remain a sovereign country with no obligation of any kind either to India or Pakistan. What Devasher has done is to bring to light the palace coup staged in Kalat with the political script authored in the corridors of power in Lahore, New Delhi and London. It shocks us and further embarrasses as because it was another faux pas committed by Jawaharlal Nehru which resulted in Mohammed Ali Jinnah annexing Balochistan to Pakistan.

This backstabbing came within weeks of Jinnah issuing a statement declaring that “the Government of Pakistan recognises Kalat as an independent sovereign State, in treaty relations with British government with a status different from that of Indian States.” Needless to tell, Jinnah’s statement was issued immediately after a well publicised meeting the former had with the Khan of Kalat and his aides.

Jinnah was a visionary as well as an Islamic fundamentalist. As on date, ‘36 per cent of Pakistan’s total current natural gas production, as also reserves of coal, gold, copper, silver, platinum, aluminium and uranium are in Balochistan. Reko Diq, Saindak, Sui and Chamalang produce a wealth of resources like copper, gold, natural gas, coal and other minerals. Reko Diq is a copper and gold mine in Chagai district with an estimated mineral resource of at lest 54 billion pounds of copper and 41 million ounces of gold’, writes Devashar. All these details establish the fact that Pakistan without Balochistan is a big zero. Jinnah and the subsequent rulers of Pakistan have made use of all games in the trick to keep the people of Balochistan in perpetual poverty, illiteracy and ignorance. This is what the Grand Old Party did in India too.

Devasher has revealed the details of how the then Prime Minister Nehru rejected and refused the offer from the Khan of Kalat to merge with India. What the author has stated in pages 81 and 82 is sufficient to expose the then Prime Minister’s inefficiency, failure to read the writing on the wall and his larger than life image hyped up by the media.

This book is a must read for all those who are interested in the history of the sub-continent, prior to and after the exit of the British rulers lest we are cheated by manipulated and distorted history. Balochistan is waiting for India. India’s safety and security could be ensured only through the liberation of Balochistan and Tilak Devasher is an author who has to be taken seriously by our policy makers and those who want to excel in the game of diplomacy.

While reading the book, what crossed the mind was the football teams from Balochistan, namely Makran United and Makran Sports Club which used to figure in the Sait Nagjee Football Tournament which was held at Kozhikode in Kerala. They were favorites of Malabar’s football lovers. Balochistan is loved by people who know about the country.