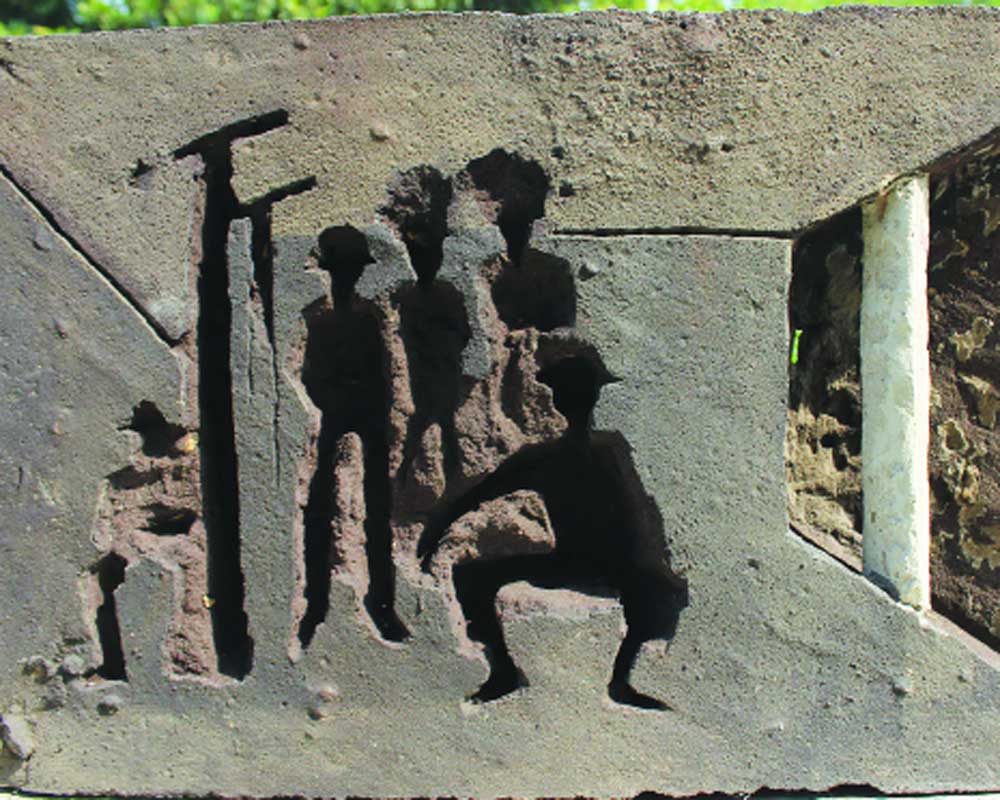 As the new season of art opens in Delhi with shows highlighting works by contemporary artists, Navneet Mendiratta looks at the new narratives and prominent trends emerging in the current scenario

The contemporary voices in the Indian art scene are emerging stronger and clearer with more galleries backing up younger artists. As the new season of art opens in Delhi, it is interesting to see new names emerge with a diverse body of work and compelling narrative to their credit.

“The current generation of artists is responding to ecological developments and the shift can be seen worldwide. Even internationally, the focus is on the ecology around them. That is what makes their art relevant to the times,” opens Sunaina Anand of Art Alive Gallery. The gallery recently opened the season with ‘What is Contemporary…’, their first show in Contemporary Idioms series.

“Our focus was to look at the art institutions that the younger artists are coming from. The idea was to pick talent from diverse institutes across the country,” she elaborates on the new series. Interestingly, all three artists currently showing at the gallery are in their 20s, come from different institutes and yet reflect a distinct synergy.

Agrees Debasish Mukherjee, whose solo exhibition, ‘River Song’ opened at Aakar Prakar Gallery recently: “Contemporary artists are a part of the same society after all. It’s just the language which is different here. The current generation is certainly more open to experiments with their medium or the language.”

Since 2016, Mukherjee has been working on a body of work, which explores the ‘concept’ of home, spaces or place of origin through sensorial and emotional memory. This includes a series of mix media works, which are more like textile sculptures and installations. “I have often wondered, what makes us yearn for an era lost? What triggers memories, and how we comprehend moments as we had experienced them, even though we no longer exist in that place or time. Is it possible to manifest the architecture of our memories into fabric, texture and impressions within the format of an exhibition? I have tried mapping all of these in to my current body of work,” he shares of his current exhibition.

Even though the artists tend to voice the concerns of their times. The question is whether the market is ready to put their money on the shift?

“The current scenario is particularly interesting for the direction that the younger artists are taking in the country. Increasingly, they have been invested in sustained research, conceptual and material concerns that develop from one body of work to another, while until recently artists have been more willing to change conversations from one body of work to another,” adds Shefali Somani of Shrine Empire. Shrine too opened with a solo exhibition by Ayesha Singh, titled, ‘It was never concrete’ on August 22.

“Like artists of every age, the concepts that today’s generation of contemporary artists is engaging with have to do with realities — political, social, and so on — of our times. They are also exploring their own expressions and practices. However, there is no one trend that is more popular than the others,” shares Renu Modi of Gallery Espace. Also a part of DCAW, the gallery is additionally showing works of five contemporary artists in an upcoming show at its gallery space, titled, ‘Rooted’ starting Monday.

“The young artists have been borrowing elements from the world they live in and are commenting on the changing social, environmental and cultural perceptions. For instance, Ketaki Sarpotdar, a young printmaker from Baroda, anthropomorphises animals in her work to comment on the human nature and human society. Similarly, Yogesh Ramkrishna and Subrat Kumar Behera take inspiration from mythology to create works that gauge sociopolitical realities. Artist such as Anupama Alias through the use of anatomy creates works that revolve around the theme of womanhood. Apart from these, works by Sanket Viramgami, Rushabh Vishwakarma also looks promising,” says Bhavna Kakar of Latitude 28.

Kakar is one of the three art promoters who thought up the idea of DCAW as a common platform to promote young artists. For the upcoming show, the gallery is promoting artists such as Sudipta Das, Niyeti Chadha Kannal, Radhika Agarwala, Prajjwal Choudhury, Yogesh Ramkrishna, Ketaki Sarpotdar, Sanket Viramgami, Waswo X Waswo. “What interests me about these artists the most is that though the practice is varied, the artists continue to experiment with concept or material and develop their practice further,” she says.

“As a gallery, we are deeply interested in Sangita Maity’s practice. She has been researching intensively on aspects of labour and tradition in the iron ore mining community in Orissa. The materiality of her serigraphs and canvases have been influenced by her original subject,” says Somani. Maity’s serigraphs are usually on iron sheets, and her canvases often use the soil from the mining areas as a medium.

“Ayesha is another interesting upcoming artist. Though a sculptor by training, she has been really pushing the boundaries of various media, from drawing — which she does in space with her sculptural works also — and video as well as kinetic forms and performative gestures. Then she is able to tie together the possibilities of all these media to articulate her consistent preoccupation with architecture and how it defines identity,” she adds.

Anand is particularly impressed with the works coming from Suman Chandra. “What I really like about Suman’s work is that he is not bound by media. He is as comfortable with canvas as he is with carving out a stone sculpture. Also the kind of research he has put in is impressive. In the last four years, Suman has spent a lot of time with the miners of Jharkhand. He has observed the shifts and changes that have taken place in the area. His art is about the lives affected. It’s a deep study of people and the environment,” she shares.

“If we were to compare the last five years, the future is only getting better!” says Lamba. “With India Art fair focusing on a special platform for South Asian Artists, Kochi Muziris Biennale getting international acclaim, Delhi Contemporary Art Week continuing into a 3rd edition, many more international residencies and show invitations for South Asian Artists, it’s towards a rise,” she says with great optimism. While most other art promoters agree that things are looking up, a slow economy notwithstanding, there are a few other factors that must be addressed.

“The biggest challenge that art faces in India is limited philanthropy,” says Somani. “To push artists to make cutting edge work, it is important to invest in residencies, support production costs, and facilitate discourse around the arts. I feel that galleries become relevant to artists once they have already developed their own voice. Shrine Empire supports Prameya Art Foundation, our non-profit that tries to fill this lacunae through art education programs, by supporting residencies etc. But we need more institutions filling this role if we want India to be at the forefront of contemporary art globally,” she points out.

While on the subject Lamba also calls for easier policies that would allow art exchanges between India and its neighbours. “While private initiations are taking place in terms of contemporary museums, we definitely need government support for the same to push contemporary art to the next big level,” she says.