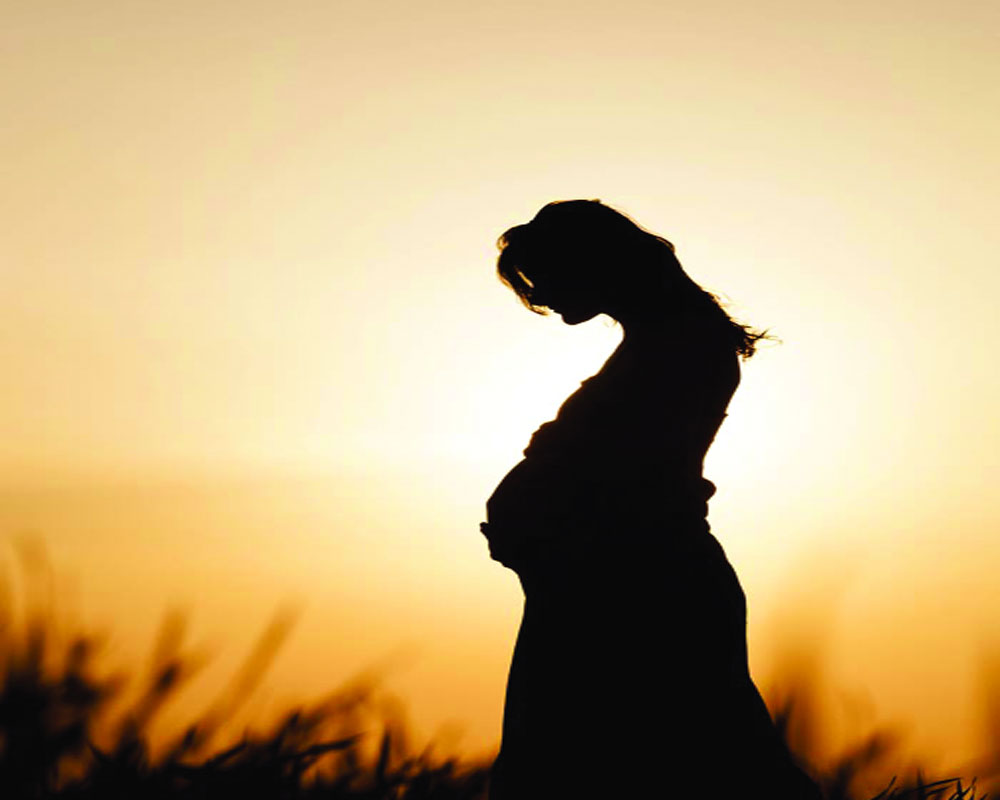 The Surrogacy Bill has raised a debate over commercial surrogacy. SHALINI SAKSENA speaks to stakeholders on the need to regulate the sector as opposed to banning commercial surrogacy which will many feel will only push the industry into the grey market

The Surrogacy (Regulation) Bill, 2016 was passed in the Lok Sabha on December 19, 2018 opening up the debate on whether the ban is in the interest of all the parties concerned. With this proposed ban, the nation will join the list of countries like the Netherlands, the UK, Greece and South Africa which allows altruistic but prohibits commercial surrogacy.

What is interesting is that back in 2002, the Indian Council of Medical Research had released guidelines which made commercial surrogacy legal in India without legislative backing. This led to a surrogacy industry. Infertility clinics mushroomed; surrogate mothers were paid anywhere between Rs 70,000 and Rs 3 lakh per pregnancy; everyone, from foreign couples to homosexuals, were eligible for a surrogate baby.

Dr KK Aggarwal, president, Heart Care Foundation of India, tells you that as long as there is no exploitation, commercial surrogacy can be allowed.

“There has to be transparency. Take the organ donation industry. People who need a kidney are looking for donors. Similarly, parents who can’t have babies are looking for surrogate mothers. The problem with the present surrogacy industry is that people are preferring this as opposed to carrying the baby themselves. They feel that they can buy a womb. This is taking away the concept of motherhood which is such an integral part of our culture. This is not called progression. Therefore, the Bill should be debated by all the stakeholders — doctors, mediapersons and religious leaders,” Aggarwal opines and insists that while nothing should be banned in our country it should come with regulations.

“We should have the right to choose. People have the freedom to do what they want to do. There is no ban on tobacco consumption, no ban on alcohol consumption and no ban on poison. If there are regulations, commercial surrogacy works but it has to be clubbed regulation and harm reduction,” Aggarwal says.

Cut to 2018. The Lok Sabha passed the Bill where commercial surrogacy is banned. The Bill specifies various eligibility conditions for couples intending to undertake surrogacy.  For example, the couple is required to fulfill all of the following five conditions: Be Indian citizens; be married for at least five years; either member is infertile; have no surviving children (biological or adopted or surrogate), except if the child is mentally or physically challenged or suffers from a life-threatening disorder; and be in the age group of 23-50 years (wife) and 26-55 years (husband).

On the other hand, take the case of Transplantation of Human Organs and Tissues Act, 1994. The Act prescribes a time within which it will be processed. They also provide the procedure for review and appeal, in case the application is rejected.

“It has not been defined. The people drafting it have not thought this through. This means there are loopholes. Can you imagine the scenario if you have a sister or a sister-in-law who will become a surrogate? The child will be torn between the mother who carried him in the womb and the other mother.

“Then, there is the whole money involved in altruistic cases. No one does anything for free these days. There will be exploitation here too. Banning will not stop parents who can’t have kids to look for an alternative. Banning commercial surrogacy will mean that the industry will enter the grey market where surrogate mothers will be exploited even more. Right now, at least they are paid Rs 3-Rs 5 lakh per surrogacy,” Bakshi tells you.

Gaurav Wankhede, founder-CEO of Become Parents, a surrogacy agency based in Mumbai, says that banning is nothing but a knee-jerk reaction. “There is nothing good about the ban. It took a long time to develop this industry. As long as there are checks and balances there is nothing wrong with commercial surrogacy. We live in the 21st century, this ban will mean that we will take a step back. One can count the negatives on one hand. But look at the positives. It is a win-win for everyone — the Government who gets foreign exchange; the entire gambit of doctors involved; the taxi drivers, lawyers, airlines, the surrogates themselves and the tourism industry when intending foreigner couple come to India. If it is fear of exploitation, look at the maids who work at homes. Are they not exploited? They work eight to 10 hours a day, 28 days a month, year after year and earn Rs 10,000 a month. At least surrogate mothers are paid a good sum which they can spend to better their lives,” Wankhede says.

According to a 2012 study by the Confederation of Indian Industry, the size of India’s surrogate motherhood industry was $2 billion a year. However, the industry has had its share of negatives. In 2012, an Australian couple reportedly abandoned one of the twin babies born to an Indian surrogate mother as they already had a child of the same sex.

In 2008, a Japanese couple commissioned a surrogate mother but the couple was divorced before the baby was born. The mother refused to accept the child.

Therefore, activists seek to protect the rights of surrogate mothers. As also demanding the elimination of middle-men. According to a study published by the Centre for Social Research, an NGO dealing with women’s issues, in 2014, 88 per cent of surrogate mothers in Delhi and 76 per cent in Mumbai did not know the terms of the contracts.

A surrogate mother in Delhi tells you that she came to know how she could earn Rs 3-Rs 5 lakh — by becoming a surrogate mother. “We are from Jharkhand and came to this city to earn money. But in the last eight years, we had not been able to save Rs 10,000. My husband is a guard and I work in homes; together our income was Rs 18,000. We have three kids. We pay for their education, live in a  rented accommodation. Then there are regular household expenses. It was my friend who told me about an IVF clinic. She was paid Rs 3 lakh. With that money, she bought land in her village. I wanted to do the same. There was no way that I could have saved that kind of money even if I lived till 80. Yes, there are a few regulations. I couldn’t live with my family for nine months since the clinic had to monitor my health. But they fed me good food and I could go and meet my family over the weekends. I ended up buying the land,” Vibha shares.

Unfortunately, with the proposed ban on surrogacy, women, who had been looking to earn money so that they could give a better life to their children, has fallen through. Take the case of a woman whose husband is a mason and earns Rs 300 a day. “I was told that I could earn a lot of money if I became a surrogate from my sister-in-law. She not only got a lump sum of Rs 3 lakh but also got Rs 10,000 a month during her pregnancy months. She now has made a pucca house in her village. Her children lead a better life. When I discussed this with my husband, he was all for it. He said if I had to carry someone else’s child so that we could look after ours, there was no harm. But all my dreams have crashed. I have just arrived. Nobody is going to give me work even in their homes. Being a surrogate would have bettered our lot. Not the case now,” she tells you.

Dr Nayana Patel of Akanksha Hospital & Research Institute, Anand in Gujarat tells you that the people who will suffer the most from the ban will be the couple followed by the surrogate mothers. “It is worrisome that the Bill doesn’t talk about regulation but intends to ban commercial surrogacy. If the couple can’t have a baby, the woman may face a divorce or the man may go for a second marriage. If one talks about altruistic surrogacy, the sister or the sister in law may be pressurised into becoming a surrogate even if she’s doesn’t want to. For the surrogate mothers, they will not be able to earn Rs 5 lakh in their lifetime even if they work 365 days years after year. This was a life changing amount for them. The ban will mean an opportunity lost. It will also lead to reverse tourism. Those who can afford it will go to Russia or Kenya, even Canada has opened up. It will also push the industry into the grey market” Patel says.

She is quick to point out that there are only a handful of complaints and almost none filed by the surrogate mothers. “Which profession is there where there is no exploitation. The glamour world is totally running on exploitation but it is not being banned and that the girls will not work here. It is a choice there, it is a choice here. If one talks about poor women, who says that they are poor? Some of the surrogates are lawyers, nurses and even PhDs. Just because some of the surrogate mothers are domestic servants doesn’t mean that they are unaware of the pitfalls. They have smartphones and are know everything. Surrogacy is not a one time thing. It is a year-long process and not like kidney transplant,” Patel says.

There are changes that she would like to see in the draft. First, the altruistic surrogacy should not involve a close relative. Anybody should be allowed to become a surrogate. Second, there should be compensation involved. Third, the five year marriage clause should not be there. Four, why should there be restrictions on parents who already have a child? Who are we to decide how they want to have their second baby? Five, why the ban on NRIs? We do allow them to come to India for heart operation and kidney transplant. Why not surrogacy? Six, why leave out LGBTQIs? After proper regulation they too should be allowed to become parents.

According to Dr Kaberi Banerjee,  Medical Director, Advance Fertility and Gynae Centre, New Delhi: “The Bill is trying to protect the rights of the surrogate but it is in many ways not looking into aspects of personal choice both of the intended parents and the surrogate. Infertility being a growing case in India, putting a cordon around childless couples is a draconian measure and full of potential to push the so-called “trade” into the black market zone. The other fear of children born thus, being left behind is also unfounded as that is a rarest of rare occurrence, especially in the wake of detailed contracts and legal arrangements being made in all surrogacy procedures much before the embryo transplant is done.”

Bakshi’s solution instead of going for a total ban revolves around finding a balance. “What the Government should do is regulate the industry like any other industry. Why not fix a set amount to be given to the surrogate mothers? Put in clauses where the intending parents must buy health insurance for the lady that will take care of any health issues that may arise in later years. Make registration of surrogate mothers via Aadhaar compulsory so that she is a surrogate only once,” Bakshi says.

What the Bill says

The Surrogacy (Regulation) Bill, 2016 proposes to regulate surrogacy in India by establishing National Surrogacy Board at Central level, State Surrogacy Boards and Appropriate Authorities in  States  and  Union Territories. The features of the bill are: