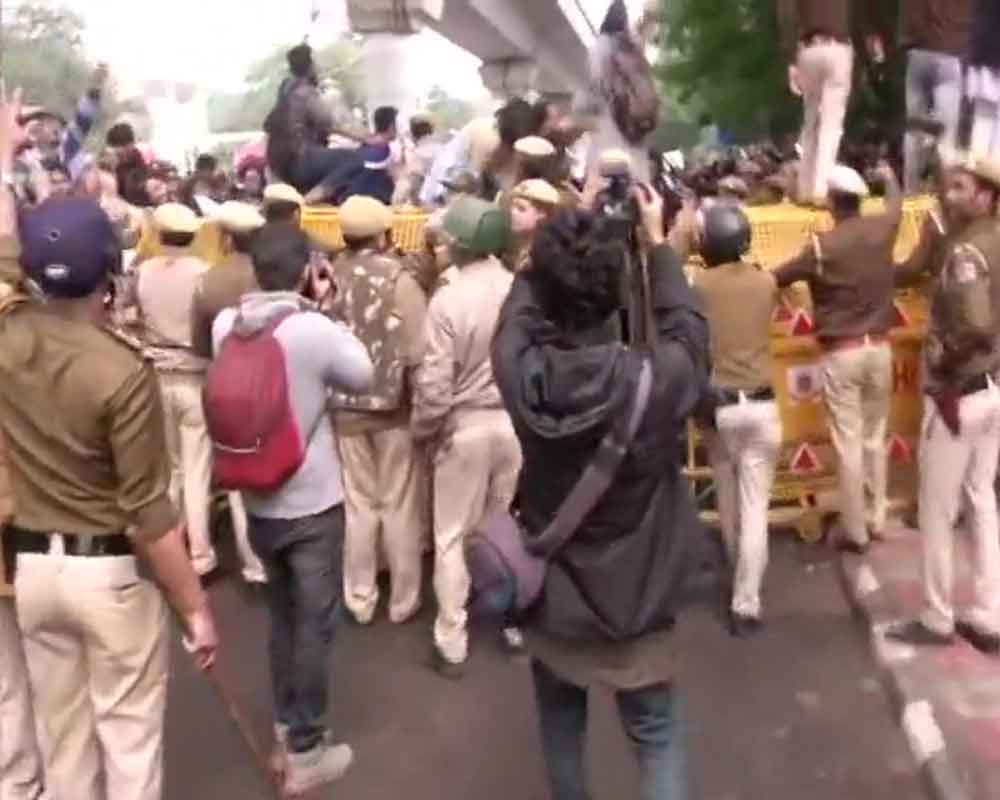 The Jamia Millia Islamia University turned into a battlefield  on Friday after a students' march to Parliament House, to protest the Citizenship Amendment Act, was interrupted by police.

There was a clash between police and students after the protestors were stopped at the varsity gate.

The students, who were baton-charged by police personnel, alleged that the police also used tear gas to quell their march. The students also resorted to stone-pelting.

The police had cordoned off the road and protestors were seen climbing onto the barricades. The University's gate was later closed.

"As advised by Delhi Police, entry & exit at Patel Chowk and Janpath have been closed. Trains will not be halting at these stations," DMRC said on twitter.