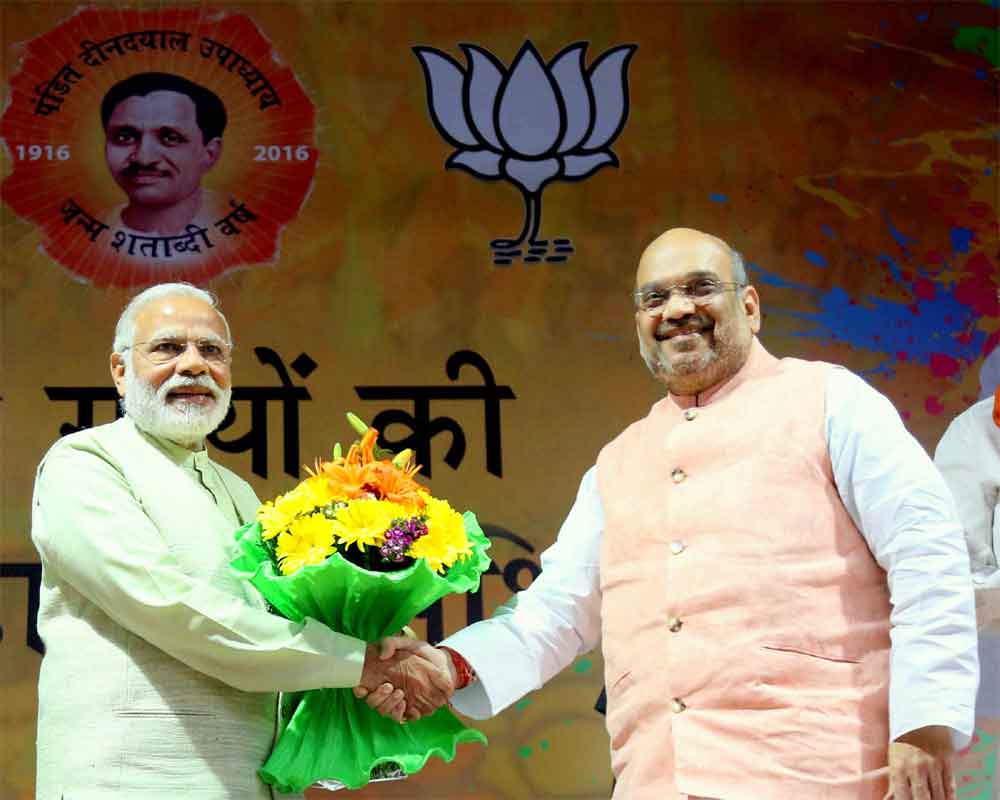 Prime Minister Narendra Modi's interaction with BJP workers and sympathisers on February 28 will be the world's largest video conference, as he is expected to speak to over one crore people spread across 15,000 location, party president Amit Shah said Sunday.

"On 28th Feb, PM Modi will interact with over 1 crore BJP karyakartas, volunteers & well wishers, spread across 15,000 locations, in what would be world's largest video conference," Shah said in a tweet.

People can send their questions through the Namo app or using the hashtag #MeraBoothSabseMazboot on social media, he added.

Modi is expected to speak to party workers over a host of political issues as the BJP gears up for the Lok Sabha elections, expected to be held in April-May.