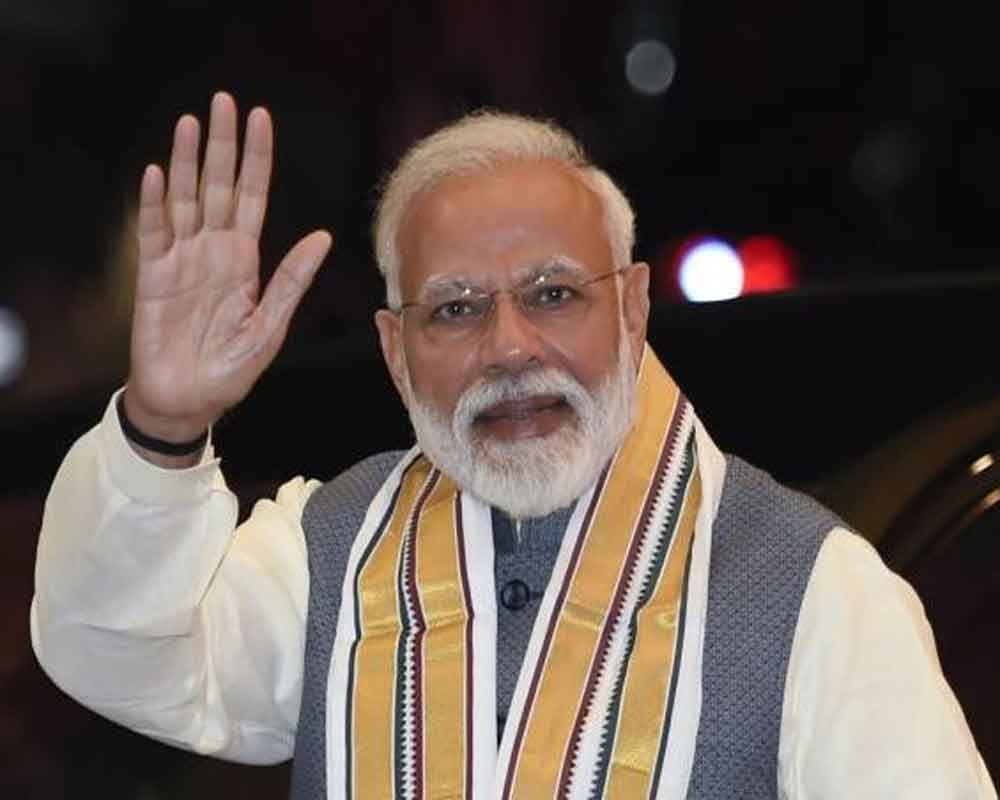 Prime Minister Narendra Modi launched the membership drive of the ruling BJP from his Lok Sabha constituency here on Saturday, noting that it will further connect people from all walks of life with the saffron party.

Addressing a gathering on the occasion, the prime minister also talked about the Union budget 2019-20 and his thoughts on India's growth trajectory in the coming years.

"From the soil of Kashi, I greet each dedicated worker of the party. Today, I got an opportunity to launch the BJP's membership campaign from Kashi," he said, pointing out that it will strengthen the saffron party.

The launch of the membership drive coincided with the 118th birth anniversary of the party's founder, Syama Prasad Mookerjee.

Referring to the provisions in the Union budget, Modi said a "new India" was on the threshold of racing ahead.

"It is important to know about the USD 5 trillion economy because some people were casting doubts over the competency of Indians, saying that achieving the target is very difficult," he added.

The prime minister slammed the critics, saying, "These people are professional pessimists."

Earlier, soon after his arrival here on a day-long visit, Modi unveiled a statue of former prime minister Lal Bahadur Shastri at the airport.

This is Modi's second visit to his constituency after winning the parliamentary polls held in April-May.

He had visited Varanasi on May 27 to thank the voters after winning the Lok Sabha seat for the second consecutive time by a huge margin of 4.79 lakh votes.

Modi not only retained his seat, but also saw his victory margin rise by nearly one lakh votes, compared to the 2014 Lok Sabha polls when he had defeated Aam Aadmi Party (AAP) supremo and Delhi Chief Minister Arvind Kejriwal by over three lakh votes.

After unveiling the statue of Shastri, the prime minister proceeded to launch a tree-plantation campaign -- "Anand Kanan" -- in the temple city.

He paid tributes to Mookerjee, the Jana Sangh founder, on his 118th birth anniversary, saying his contribution to national integration will always be remembered.

In a tweet, Modi described Mookerjee as a great educationist and a bright nationalist thinker.