Her words are her wings

Her words are her wings 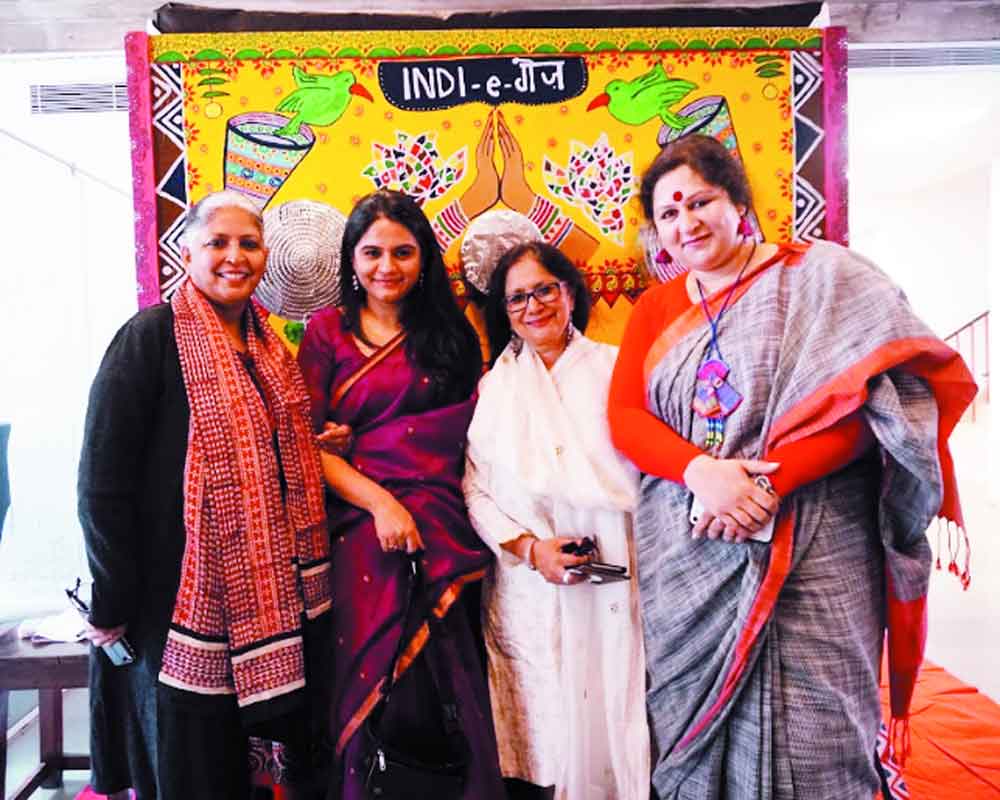 As the IAWRT Asian Women’s Film Festival celebrates its 15th edition, director Gauri D Chakraborty tells Chahak Mittal how women filmmakers had to wrest the discourse as they have never been celebrated with open arms

Even though not every film is made to impact people’s mindsets but each of it has the power to chronicle the tiniest change in the society. However, there is a stark difference when a woman directs a film to when a man does.

The IAWRT Asian Women’s Film Festival has been making the constant and conscious efforts to make this difference reflected and showcase narratives woven by women filmmakers from different parts of Asia. Since the festival entered its 15th edition this year, Gauri D Chakraborty, director, felt that she had to make it more “befitting” now that she is assigned to work for it.

“Even though the Bollywood is beginning to change and increasingly shifting towards appreciating women, how many times have we seen them celebrating the spirit of women and the female filmmakers in the industry?” questioned Chakraborty. She believed that this is not just about Bollywood or other Indian female filmmakers, rather a universal purview.

While the festival, held at the India International Centre (IIC), this year received 755 film entries from 37 different countries, choosing out on around 50 films from 20 countries were some tough choices to make. “Initially, after the first round for selection, we cut it down to 257 films, and then finally moved on choosing on a total of 51 films from at least 20 different nations.”

Even though women directors are taking charge of cinema and making an effort to make the society realise of concerns that are important to be looked upon responsibly, there have been debates around the commercial prospects of stories driven by female characters, general perceptions around women on the film sets, and the truth that even female-centric films have been, at times, misogynistic and regressive.

Chakraborty felt that while going through the selection process, they didn’t want anything to be “clichéd.”

“We chose films which highlight the current discourse, and the filmmakers who are aware of what is happening in the society today and are able to tell through their research what society actually needs when it comes to empowering women and enable them to express themselves freely,” said she.

The three-day festival marked debates on the #MeToo movement and how it has been a “critical time” for the film industry and even the women to be awakened and realise what has been wrong over the years that now need a change. Led by Bina Paul and Nupur Basu, the debate included 60 other representatives from various organisations including the UN Women. One among many other subjects was also female gaze and a gaze at them — how women on the film sets are looked upon through various lenses.

“Though female gaze is a very academic term, it’s interpretation is very subjective. It’s important to also show and include the woman’s perspective when it comes to cinema. A woman’s narrative through the cinematic form gives us a view into their world and how they look at other things around them. Men need to understand what the systems mean to them and what they want. They are a voice of all the other women who have been suffering but are unable to speak up,” she said, adding that the debate went on to be very “dynamic and concrete.”

The festival also showcased a special art work installation titled, Bioscopewaali, that made one reminisce about the age-old bioscopes and how peeping through its lenses could still give a tough competition to the current advanced technology — TVs and smartphones.

Chakraborty shared that surprisingly there were people of all age groups who were delighted to see the installation. She said, “The impact was completely different. I didn’t imagine that this would be so attractive to people, especially the senior people. They felt as if something very close to them from their childhood has come back. They were eager to see what the bioscope showed. Even the children of the current generation were happy as they had never seen it before.”

One of the most loved yesteryear entertainers, Chakraborty’s bioscope gave a surge of nostalgia among the more mature generation who have run around on the streets, fascinated, behind the bioscopewalla as soon as he entered their gullys. She said that the bioscope showed visuals of gender texts and people could choose what they wanted to see from a set of films and videos. “I felt it was a great idea to represent film and cinema. It was after all, one of the first ways that cinema came to houses, knocking on people’s doors,” said she.