Is spirituality an art or science?

Is spirituality an art or science? 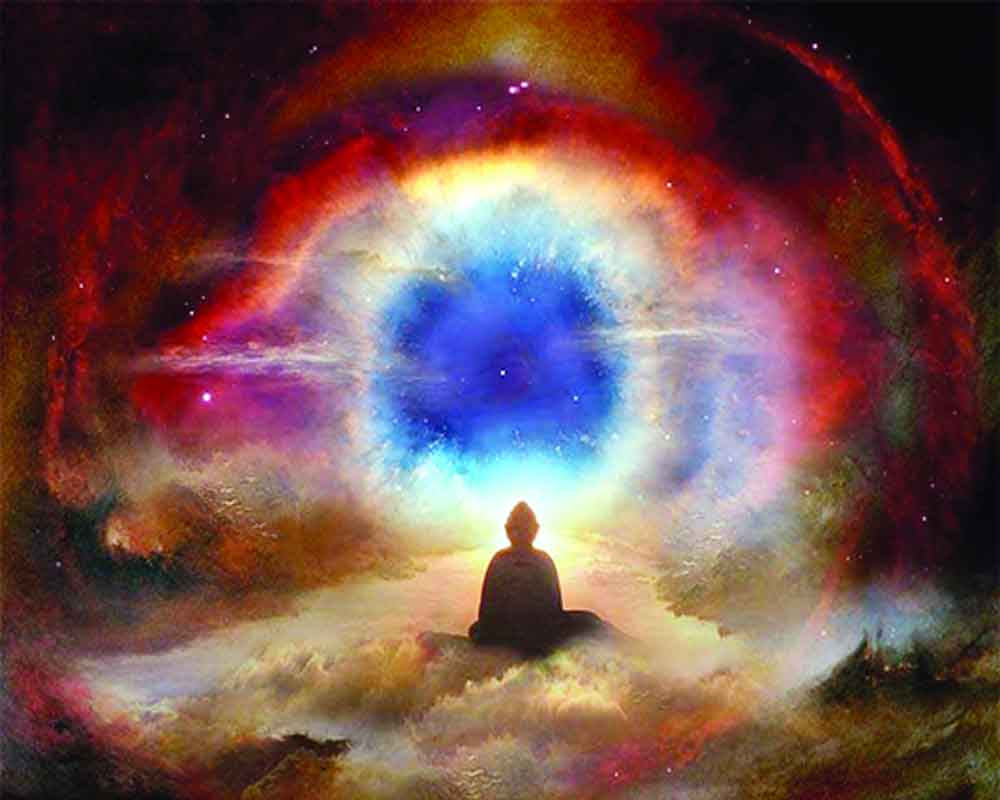 We address the relationship between science and spirituality to embody the philosophy of elegant simplicity. Some might think that they are two opposite poles but are they, asks Debjit Patra

For decades, scholars, philosophers and psychologists have been thinking about these questions — Why are we here? What is the relation between life and soul? Does everything happen really for a reason? Why do we suffer? What is karma? To find answer of these, some people incline towards religion, philosophy, psychology and even nature. Others turn to spirituality, art and science.

The debate of science versus art has been raging for at least 300 years now. The latest one has its own special properties — Is spirituality an art or science? Before discovering it, one should ask what do they understand by the term ‘spirituality’.

Some people believe that being spiritual signifies having an attachment to religious values or matters of the spirit rather than focussing on materialistic things or worldly interests. While the others say that spirituality means reaching higher levels of consciousness using meditation, yoga or similar practices. But the question that pops up here is — should we really be using science and art to explain the concept of it?

We need to address the relationship between science and spirituality in order to embody the philosophy of elegant simplicity. Some might think that they are two opposite poles but are they? In science, there has to be a measurement unit for every single object but when it comes to spirituality, what will you measure? — love, feelings, peace, contentment or compassion?

Scientists have discovered that the material world, ultimately, is a network of inseparable patterns of relationships. They have also discovered that our planet is a living, self-regulating system. The view of the human body as a machine and mind as a separate entity, is being replaced by one that sees not only the brain but also the immune system, the organs and even each cell as a living, cognitive system. And with the new emphasis on complexity, non-linearity and patterns of organisation, a new science of qualities is slowly emerging.

The new science is called as ‘the system view of life’ because it involves a new kind of thinking in terms of relationships, patterns and context.

Is spirituality linked with religion?

When we discuss the relationship between science and spirituality, it is important to distinguish between spirituality and religion. Spirituality is a way of being grounded in a certain experience of reality that is independent of cultural and historical contexts. Whereas religion is an organised attempt to understand spiritual experience to interpret it with words and concepts, and to use this interpretation as the source of moral guidelines for the religious community.

How do art and spirituality are connected?

Art is a result of inspiration and it has a spiritual nature. Prior to 20th century, spirituality was often subsumed by religion. And the relation between art and religion was fractious and at times they were mutually reinforcing. While in the contemporary culture, the relationship between art and religion can be reconfigured in terms of art and spirituality, where the latter may encompass religion.

Art is often considered as a spiritual practice that sharpen the understanding of how image and word can work together to expand the realms of life and living. Spirituality teaches the art of how to live by finding real abiding happiness and satisfaction. This elusive and inner happiness will come by discovering our inner self. It is spirituality that helps us to find the inner reality.

Spirituality is simplicity, sincerity, purity and humility. It does not require us to renounce the world rather it involves acceptance. If we will accept the world as it is then we can help offer something positive to the world. So therefore, whether a science or an art, spirituality always seeks a meaningful connection which in turn result in positive emotions, such as peace, contentment, gratitude and acceptance.

(The author is the founder and chairman of Rgyan, a socio-spiritual tech startup.)