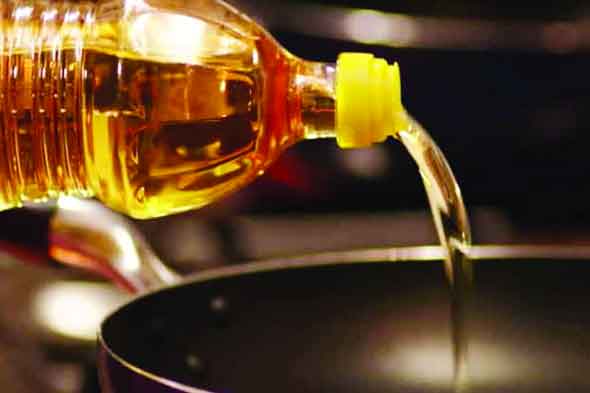 If someone tells you that used cooking oil (UCO), which is hazardous and deadly when consumed, can lead to a healthy life, balance country energy security, earn revenue, and generate employment, power vehicles and contribute to a clean environment? Unbelievable but possible.

Cooking oil is used in every household and with so many brands available in the market, each tries to get the best one suited to its daily requirements. It is used, reused and then, probably, this exercise is repeated several times. Some people might be unaware that used cooking oil (UCO) is harmful for human consumption as well as the environment. It is often sold to second and third tier restaurants or road-side shops or disposed off in the drains which results in clogging.

Recycling of used cooking oil addresses two problems. First, it helps in stopping adulteration of edible oil, which previously found its way into the market through illegal hawker network and was sold as cheap oil. This is purchased by small vendors and reused. Consumption of this oil leads to diseases like Parkinson’s, Alzheimer’s and other cardiovascular problems and thus, must be stopped.

Second, this edible oil once declared unfit for consumption (i.e when it crosses the Total Polar Compound level of 25), can be used to produce a greener fuel called biodiesel through various technologies. The clean green fuel is low on sulphur and other pollutants, thereby giving consumers a better fuel with reduced emissions. A few companies have now started collecting UCO and converting it into biodiesel which is helping to control pollution and enabling people to eat healthy and live better.

Case studies from Europe and America show that biofuels impact the environment a lot. Even in Asian countries like China, Indonesia, Malaysia and now India, the use of biofuels has increased. These are generated within the country and reduce the import of crude oil significantly. This results in a cleaner environment and brings down the costs for the nation. Since the 10 most polluted cities in the world are in India, the use of biofuel is a must for a better future.

Notably, Food Safety and Standards Authority of India (FSSAI), has recently advised State Food Safety Commissioners to focus on awareness and education programmes, surveillance and enforcement activities for the new set of regulations. FSSAI along with the Indian Biodiesel Association has established a nation-wide eco-system for collecting used cooking oil and its conversion to biodiesel. The new regulations have set the maximum permissible limit of TPC in edible oil at 25 per cent. Also, FSSAI has launched RUCO — Repurpose Used Cooking Oil, an ecosystem that will enable the collection and conversion of used cooking oil to biodiesel, they have listed companies across India to execute it.

Currently, a few biofuel regulators and producers associations have been taking used cooking oil from restaurants, food outlets and stores for processing but looking at the environmental conditions, the current number of UCO collections have to be scaled up through well-planned promotions and awareness programmes.

The government introduced the Biofuel Policy of India last year and laid special emphasis on the use of  green fuels. The targets have to be achieved in the coming years.

India’s energy needs are constantly rising. The depleting fossil fuel reserves impact the environment which needs long-term solutions for renewable energy. The new Biofuel Policy harnesses the potential and reduces the dependence on imports of crude oil to meet India’s growing energy demand. It envisages a target of 20 per cent blending of ethanol in petrol by 2030.

Since 2005, with the introduction of the Renewable Transport Fuel Obligation, the volumes of UCO collected have increased steadily to a 2013 estimate of 250 million litres. Regular diesel fuel contains up to 5 per cent biodiesel generated from UCO.

Biodiesel is non toxic and biodegradable. Compared to petroleum diesel fuel, biodiesel combustion produces fewer air pollutants such as particulates, carbon monoxide, sulphur dioxide, hydrocarbons and air toxics. As compared with diesel, particulate matter emissions from biodiesel are 30 per cent lower, hydrocarbons exhaust is 93 per cent lower and carbon-monoxide and carbon dioxide are lower by 50 per cent and 78 per cent respectively. This all leads up to 12 per cent gains in the fuel efficiency.

Also, liquid biodiesel is a better substitute for fossil fuels that are used in the transport sector. Opting for alternative energy sources can help us combat various developmental issues ranging from climate to economic. Not only this, but it will also open employment avenues for many in a developing economy like ours.

Sustainable biofuel production is growing rapidly. Its profitability is significantly linked with the policies of multiple sectors such as agriculture, food and environment.

(The author is the CEO and founder of a Biofuel company in Bawal, Haryana.)