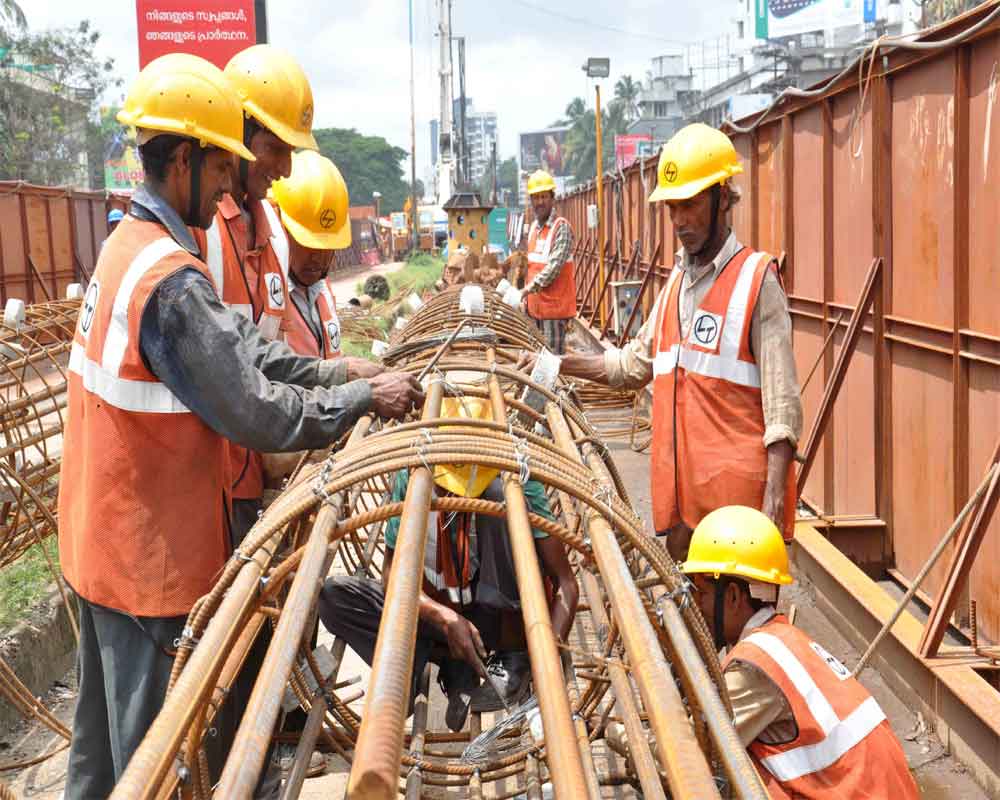 India Ratings and Research on Thursday said that the country will have to increase its labour productivity growth to 6.3 per cent to attain 8 per cent economic growth.

The labour productivity growth in FY19 was 5.2 per cent.

This is 40.4 per cent higher than the level attained in FY19, it said.

Given the growth slowdown, this looks unlikely in the near term, but is not an insurmountable task, according to Ind-Ra.

However, it recovered thereafter and grew at 5.8 per cent during FY16-FY19, it added.

The challenge on the productivity front for India is two-fold, it said. "First, how to raise the overall labour productivity to a level that delivers the required GDP growth rate, and secondly how to lift the labour productivity in the lagging sectors so that growth is more evenly balanced and sustainable over the medium- to long-term."

The sectors that lagged are construction, agriculture and mining.