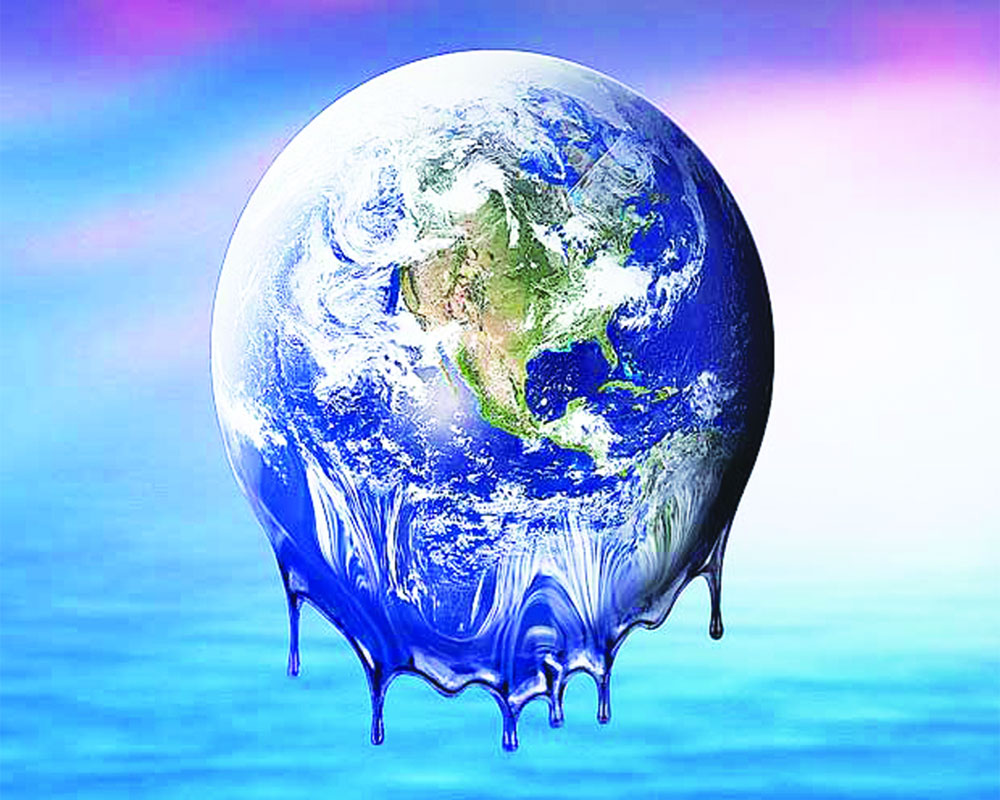 On November 27, through a gazette notification, the Union Ministry of Environment, Forest and Climate Change (MoEFCC) announced the constitution of an Apex Committee for Implementation of the Paris Agreement (AIPA). This panel has been constituted for the purpose of ensuring a coordinated response on climate change matters that protects the country’s interests and ensures that India is on track towards meeting its climate change obligations under the Paris Agreement, including its submitted Nationally Determined Contributions (NDCs). One of the functions of this committee is to “commission and recommend independent research and analytical studies and plan capacity-building and training activities” on the above issues.

Indigenous research and development (R&D) in India requires greater attention of the Government in the critical areas of climate change mitigation and adaptation. It calls for coordinated actions in mission mode with concomitant allocation of public resources — an area that  leaves a lot to be desired at present. Even if we were to keep real innovations aside, in a scenario where a substantial share of our climate action is based on imported technologies and products, adaptive R&D is critical to ensure their optimal performance levels under local conditions, throughout their lifespan. Moreover, business-research, too, is an important part of taking a product to its ultimate consumer in a timely fashion.

Although as per the Global Innovation Index 2020, featuring 131 economies, India has moved up to 48th place, it may be noted that globally about 72 per cent of spending is in sectors like Information and Communications Technology (ICT) hardware and electronic equipment, pharmaceuticals and biotechnology, automobiles, software and ICT services, with a minimal share of sectors dealing with climate actions. It is imperative, therefore, for the AIPA to earnestly take up research and innovation in areas around climate action. It must draw a plan for outcome-oriented collaborative research in priority areas that are either potentially impacted by climate change or contribute to it. Climate action can be broadly categorised into climate change mitigation and adaptation.

On the mitigation front are those technologies that help in the reduction of greenhouse gas (GHG) emissions, such as renewable energy and technologies for decarbonising in hard-to-abate sectors like steel, cement and heavy transport. At the other end of the spectrum are technologies and practices to empower society to adapt to the adverse impacts of climate change. Several scientific studies had already cautioned that India should be ready for more extreme weather events — like cyclones, flooding and droughts — on account of the accelerated pace of climate change.

In such a scenario, research focus areas would include climate-resilient crops, early warning systems, disaster risk management, resilient coastal infrastructure, water management technologies and public health. For instance, as per the recently released Lancet Countdown report on health and climate change, India recorded the highest loss in productivity because of extreme heat in 2019. To address such challenges, the country needs solutions that suit its specific demands while taking into account its climatic conditions, energy consequences, as well as affordability.

The United Nations’ Sustainable Development Goal (SDG) 9 aims to “build resilient infrastructure, promote inclusive and sustainable industrialisation and foster innovation.” Target 9.5 of SDG 9 reads “enhance scientific research, upgrade the technological capabilities of industrial sectors in all countries, in particular developing ones, including, by 2030, encouraging innovation and substantially increasing the number of research and development workers per one million people and public and private research and development spending.”

So the big question is, where are we in this respect? The United Nations Educational, Scientific and Cultural Organisation Institute for Statistics tracks these indicators. In 2018, the top countries in terms of gross expenditure on R&D (public as well as private spend) as a share of their Gross Domestic Product (GDP), were Israel (4.95 per cent), the Republic of Korea (4.8 per cent), Sweden (3.33 per cent), Japan (3.26 per cent) and Austria (3.17 per cent). While China stands at 12th position with 2.18 per cent of the GDP being its R&D spending, India was at 38th place with research spending of 0.65 per cent of the GDP. It ranks as one of the lowest spenders among the BRICS countries. Not only this, our ranking in another indicator, namely, the number of researchers per million inhabitants (in full time employment) is off the mark, too. With 252 researchers per million inhabitants, we are near the bottom rung as compared to China (1,307), Denmark (8,065) and Korea (7,980). This is not a demographic dividend one would have envisaged.

Indeed, a report on ‘India’s R&D Expenditure Ecosystem’ compiled by the Economic Advisory Council to the Prime Minister (EAC-PM) in mid-2019 laments that while in absolute terms our R&D expenditure has increased, as a fraction of the GDP, public expenditure on R&D has been stagnant. It has remained between 0.6-0.7 per cent of the GDP over the last two decades. Now, India has set a goal to up its R&D spending to two per cent of the GDP by 2022. However, this was in the pre-Coronavirus era. Now, the implications of large-scale reallocation of public resources for battling the virus have to be seen on such “non-priority” goals. There is enough evidence from across the globe that governments often tend to reduce public research funding when faced with resource stress, prioritising short-term impactful areas over the long-term ones that R&D initiatives tend to be.

Incidentally, the erstwhile Planning Commission, too, had set a goal of two per cent of the GDP in the 12th Five-Year Plan, i.e., by 2017. However, the worrisome part is that investment in R&D by two critical sectors — private and higher education, is even lower. Generally speaking, it is public funding that supports R&D of new technologies, given the higher risks involved and negligible assurance of their commercial success. Private sector funding may come at a later stage, leveraging promising outcomes of publicly-funded early-stage efforts. When Prime Minister Narendra Modi declared in the just-concluded Climate Ambition Summit that, “India is not only on track to achieve its Paris Agreement targets but to exceed them beyond expectations” or the UN Secretary-General exhorts countries to declare a climate emergency until the world has reached net zero CO2 emissions; obviously this cannot happen on the back of imported technologies alone.

As the numerous problems to be addressed are local in a country of the size of India the solutions, too, will have to be developed indigenously, tailored to our unique but varied requirements, more so from the perspective of equity and inclusiveness. The fact that the AIPA is slated to provide inputs to the Prime Minister’s Council on Climate Change, must accord it the required heft to overcome usual bureaucratic indifference.

Viewed from a broader national interest perspective, the need for significant and continued public spending on climate-related research cannot be overemphasised. And this should certainly not be limited to supporting public-funded institutions only. Given that in today’s world technology is a core part of diplomacy as argued by our External Affairs Minister S Jaishankar, the central role of climate technologies in geopolitics must be recognised fully.

This, in turn, leads to the relative negotiating powers of different countries, ones that are knowledge generators vis-à-vis those who receive them. Investments in R&D then go beyond self-reliance and get linked to larger national interests. After all, Aatmanirbhar Bharat can only be built on the solid foundation of R&D-led innovations across value chains. As elaborated by Jaishankar, a self-reliant India is essentially all about building its domestic strengths and enhancing its capabilities. For that to happen, India will have to enhance its investment in research and technology development in frontier areas, including those that are of relevance to intensive climate action.

However, indigenous research should not be confused with isolated research to be carried out by Indian entities alone. Rather it is all about research and innovations led by India through leveraging collaborative competencies of a range of global players. And it depends on inculcating research temperament among the Indian youth and creating state-of-the-art innovation ecosystems across the country. Above all, we must aspire to be among the top nations as per globally recognised R&D and innovation criteria.

If we can reach seemingly audacious renewable energy goals in less than a decade, there is no reason as to why we cannot set our ambitions high in terms of excellence in research and innovations, too. Considering that public spending on research is only one part of the pie, businesses and higher educational sectors, too, will have to play their part. Appropriate incentive frameworks could nudge the private sector to scale up its research funding in climate technologies, among other areas of national importance on one hand and help steer higher education institutions towards research on the other.  The war against climate change requires in-country arsenal, urgently.

(The writer is Senior Director, Social Transformation, TERI. The views expressed are personal.)