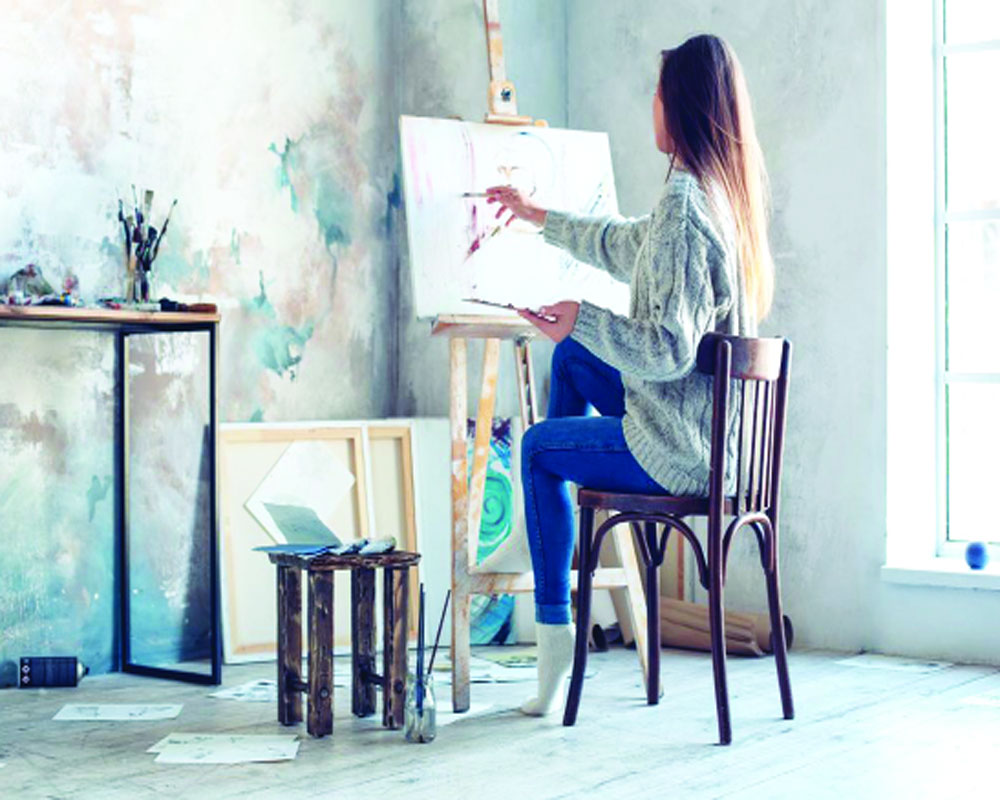 In isolation, we are able to do our sharpest thinking and yield a harvest of our best ideas. It is only when you view the world from a distance that you are able see it whole and understand it better

I have never found a companion that was so companionable as solitude,” says Henry David Thoreau.

Nothing can make us feel better — calmer, happier and clearer — than being immersed in a book, a piece of music or in the plaintive woods, away from the madding crowd. This is a sentiment expressed by most people when they talk about their privacy and the pleasure they derive from it. It is actually something deeper than just a feeling of ecstasy. It’s only when one loses oneself in the stillness by stepping briefly away from family and friends that one experiences creativity.

COVID-19 has forced millions of people into internal exile, many of whom have been  overcome by a deep sense of loneliness. The pandemic has made our understanding of solitude more acute than ever. While the outbreak has opened up our minds to the benignity of loneliness, it has also given us an idea of the fears and nightmares that accompany it. For instance, researchers at the University of Essex, UK conducted a study and found out that women are more vulnerable to mental health problems during the Coronavirus pandemic than men. The study revealed that the number of women suffering from stress and loneliness during the outbreak has risen from 11 per cent in normal times to 27 per cent. On the other hand, the number of men suffering from at least one mental condition during the pandemic has reached 18 per cent from seven per cent earlier.

Loneliness, uncertainty, desolation and the economic despair triggered by the contagion have led to a spurt in distress calls to the nation’s suicide prevention helplines.

In India, the Mumbai-based Vandrevala Foundation, an NGO that aims to provide aid to those suffering from mental health issues in the country, says it used to receive 90 calls a day before the lockdown. Since the lockdown began, these calls have gone up to 150 a day as people find it difficult to deal with isolation and loneliness. Also, the emails received by the foundation have gone up from 80 to 120.

Part of the reason that the current crisis is so frightening is that it sets off a fear of not just being in quarantine but also of being abandoned altogether. This fear is profoundly affecting individual psyche and world views. No visitors. No shared meals. No one to hold our hands. We’re all cut off from each other, trapped inside the walls of our own domestic space, the 21st-century version of being marooned.

Social distancing and sometimes self-quarantining is the most important protective gear for the Coronavirus but that doesn’t make it easy when we have to do it. One of the inevitable costs will be social isolation and an increase in our loneliness. More people live alone now than at any other time in history. The weird gift of loneliness is that it grounds us in our common humanity. The whole world is in the same boat.

However frightened we may feel, we have never been less alone. It has also heightened the consciousness about belonging to one family. It has shown that only by taking care of one another — as well as the planet on which we all depend — can any of us hope for a better future. It has shown how helpless we as individuals are despite being blessed with the best of this world.

Loneliness is a unique condition in which an individual perceives himself or herself to be socially isolated even when among other people. The deleterious effects of loneliness are, however, not due to some peculiarity of individuals who are lonely; instead they are due to the effects of loneliness on ordinary people. It gives a feeling of being unable to connect despite being surrounded by millions of others. Being alone and being lonely are not the same thing, of course, and many people who live by themselves spend little time alone.

Being single can feel lonely but it doesn’t always have to. Likewise, being in a relationship doesn’t make you immune to loneliness. Just as you can feel lonely in the company of others, you can feel perfectly content in your own company. It’s just that many of us don’t know how to be alone.

However, one should not let being alone during the pandemic get us down. There’s a positive side to it as well. It is in isolation that we are able to do most of our sharpest thinking and yield a harvest of our best ideas. It is only when you view the world from a distance that you are able see it whole and understand it better. We are able to achieve an ambience that is great for creativity. Loneliness isn’t the same thing as solitude, nor is it solitude’s inevitable consequence. It can arise just as easily in situations of proximity. You can be lonely in a crowd, lonely at a birthday party — at occasions of intimacy, closeness, connection.

There is difference between loneliness and solitude. Solitude purges the destructive capacity of loneliness and allows us to tap the protective potential of sequestration. The words “solitude” and “loneliness” ought to have similar meanings: “Solo” and “alone” do after all. But faced with courage and determination they do not. Loneliness is a negative, sad feeling. On the other hand, solitude is elevating, blissful.

Loneliness is the nightmare of the social animal. It is a taboo state in our social world. It may not be fully true  under ordinary circumstances, or even  under quarantine. But there are other ways in which loneliness causes pain, too. It has real, tangible effects on our brains and bodies. The need for connection is so central to our being that to experience its lack plunges the body into a state of minor emergency.

But loneliness isn’t just a negative state, to be vanquished or suppressed. There’s  an intensifying of perception that led Virginia Woolf to write in her diary of 1929: “If I could catch the feeling, I would. The feeling of the singing of the real world, as one is driven by loneliness and silence from the habitable world.” Woolf was no stranger to quarantine. She was confined to  a sick bed for long periods but found that even these painful periods yielded harvests of creativity  just because she used them not as periods of solitary confinement or detention but as periods of meditations and self-reflection.

This commitment to spending time alone has been particularly important in a hyper-connected world where our inner sentiments and thoughts are drowned out by the constant chatter or updates of other people.

Many of us confuse alone time with “doing nothing” or equate it to physical isolation. But solitude is a state or a situation — not a place or final destination. After all, mastering the art of solitude isn’t about being antisocial but rather knowing and understanding ourselves better in order to connect to others. Solitude is an opportunity to renew ourselves and deepen self-knowledge. It gives us time to explore and know ourselves. It is the necessary counterpoint to intimacy and allows us to polish the self to make it relevant to the outer world.

Solitude gives us a chance to regain our perspective and connect to others in a far richer way. Pearl Buck sums it up beautifully, “I love people. I love my family, my children…but inside myself is a place where I live all alone and that’s where you renew your springs that never dry up.” It allows us to get back into the position of driving our own lives, rather than having them run by schedules and demands that are out of our control. Thoreau spent a long time in solitude in the woods of Walden and he considered it as constructive and purposeful solitude because he was insulated from the ego-driven clamour of human discourse.  Silence is a necessary precondition to contemplation and meditation — religious or otherwise. The effort needed to achieve quiet, let alone silence, usually makes it more rewarding than the ambient noise. It’s why we go to the woods, or the sea, or up on hillsides to renew ourselves. It is also why we take up meditation, or spend time in quiet places of worship.

We all need silence and also stillness to become our true selves and to discover the divine spark in ourselves even as we remain surrounded by the endless rush and agitation of modern life. Quiet introspection sharpens the mind and improves our understanding of an issue, an event, or even the emotions swirling around. This requires not just time, space and solitude but enough silence to allow the clear tones to steer through the noise.

For Thoreau, revolution began at home, one person at a time. “We must first succeed alone, that we may enjoy our success together”, he wrote.

Buddha pointed out that there was an “island of calmness” within each one of us and we should take refuge in that island and not allow people and events around us to upset our inner poise. This pandemic has given us solitude and stillness. We can either waste this rare gift or we can unleash our creativity.

(The writer is a well known development professional)