Foster the right to be a girl

Foster the right to be a girl 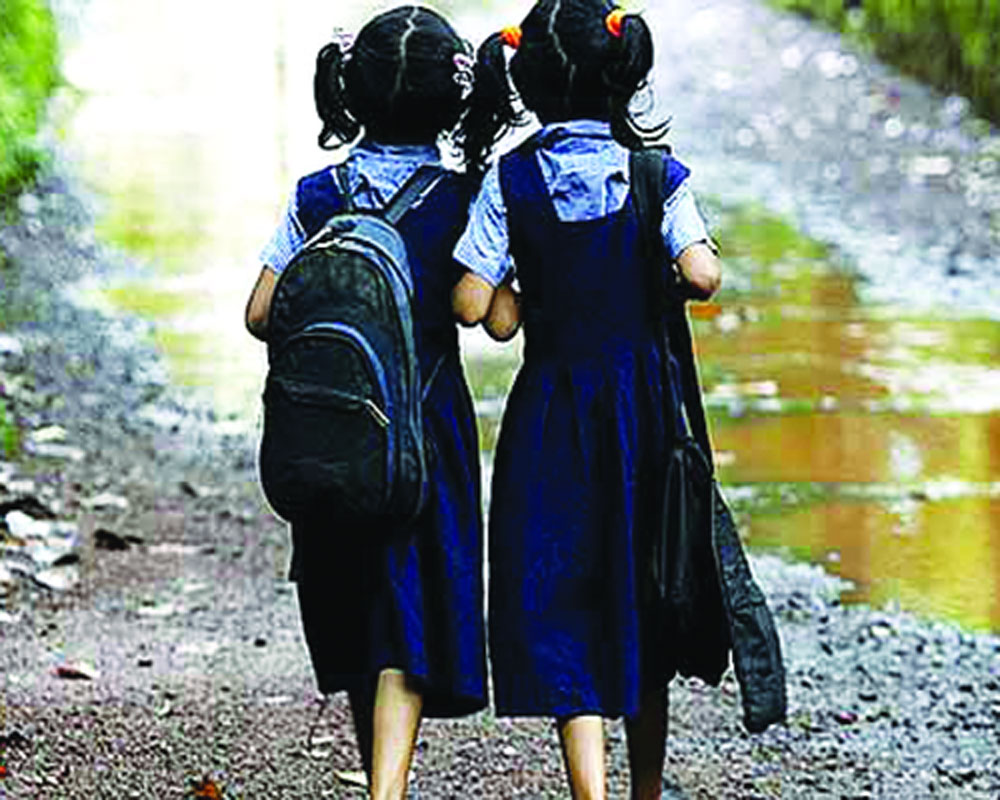 Girls go missing not just in India. The preference for sons is entrenched all over the world. Globally, there were 1.2 million missing girl child births every year, says an UNFPA report

Daylight was just breaking over Bhiwani in Haryana. As the sleepless Sunita watched the sunrise from the window of her room, she felt a shooting pain. At once she knew that her labour pains had started. But instead of exhilaration, Sunita was filled with a sense of sadness. She knew she would never get to see the baby she had nurtured in her womb for nine months. Neither her husband nor his family would allow her to keep the baby. After all, she had already given birth to two daughters and there was no way they would accept the third one.

Sunita had been allowed to retain this pregnancy only on the condition that the baby would be given away immediately after its birth. This diktat had been given soon after a sex determination test, conducted against her will, had revealed that Sunita was carrying a girl child.

Meanwhile, in a distant place, a young couple was waiting impatiently for the news that Sunita had gone into labour and the baby was about to come into this world. They had been waiting for the past seven months since they had been told that Sunita had agreed to give her baby to them. Having tried unsuccessfully for several years to have a biological child, the couple saw this as an opportunity to bring joy into their lives without having to go through the long and arduous adoption process.

So, neither the fact that the baby was a girl nor the knowledge that they would be circumventing rules by whisking her away secretly, mattered to them. They only wanted to bring home the baby.

In these circumstances, baby Laxmi was lucky she got loving adoptive parents who did not care that she was a girl. If they had not been found, there was every chance that Laxmi would have become one of the 46 million women missing in India between 2013 and 2017 either due to pre-natal sex selection or due to postnatal mortality. About 4,60,000 girls go “missing” at birth each year in India, according to the UNFPA State of World Population 2020 report released today. The report, Against my will: Defying the practices that harm women and girls and undermine equality, highlights how harmful practices deny women and girls their rights and entitlements. It further states that such harmful practices were at a risk of getting exacerbated due to the economic disruptions arising from the COVID-19 pandemic. Girls go missing not just in India. The preference for sons is entrenched all over the world. Globally, there were 1.2 million missing girl child births every year, states the report. What is alarming is that the number of missing women has more than doubled over the last 50 years. Sadly, it is the two Asian superpowers — China (50 per cent) and India (40 per cent) — who together account for about 90 per cent of the estimated 1.2 million missing girl child births annually worldwide due to gender-biased (prenatal) sex selection.

Current statistics show that at present there are over 142 million women missing globally. A country’s data on sex ratio at birth helps to measure the extent of gender-biased sex selection. In most parts of the world, the “natural” or normal sex ratio at birth is between 105/106 male births for every 100 female births. This means there should be between 943 to 952 girls per 1,000 male births in India. Any decrease in this natural sex ratio at birth indicates gender-biased sex selection. The UNFPA estimates that this gender-biased (pre-natal) sex selection accounts for about  two out of three of the total missing girls in India and post-birth girl child mortality accounts for about one in three missing girls. Equal cause of worry is the fact that India has the highest rate of excess girl child deaths, 13.5 per 1,000 births. This suggests that an estimated one in nine deaths of girls below the age of five is probably due to postnatal sex selection.

Till 2018, Sunita’s State, Haryana, had a sex ratio at birth (SRB) below 900. Last year, it showed an increase, crossing the 900 barrier for the first time. The State announced that its SRB had gone up to 923 girls for 1,000 boys. But Bhiwani, the district in Haryana where Sunita resides, still hasn’t caught up with the rest of the State.

In 2019, its SRB was 894 girls to 1,000 boys. Ironically, Bhiwani is known to be a seat of spiritual learning. Located 128 kilometres west of New Delhi, it is also at the centre of regional politics, being the hometown of three former Haryana chief ministers. Yet, gender equality remains an elusive dream.

Despite a plethora of Government programmes like “Beti Bachao, Beti Padhao” to address the decline in child sex ratio and improving the social value of girls, gender inequality and son preference remain the main drivers of gender-biased sex selection. The balance has further tilted against girls with the continuing misuse of technology. Laws like the Preconception and Prenatal Diagnostic Techniques Act (PCPNDTA) meant to prevent sex determination have had limited success. Offenders take advantage of technicalities to escape penal action. The best known face against the misuse of technology and the ugly face of gender-biased sex selection prevalent even among the urban educated families was Dr Mitu Khurana.

The first woman in the country to file a complaint on sex determination under the PCPNDTA, Khurana fought for over 11 years against the doctors who allegedly conducted an ultrasound to illegally determine the sex of her twin daughters, apparently in collusion with her husband and in-laws. Unfortunately, her complaint was dismissed by the Supreme Court in 2017 on the basis of technicalities.

Although this was a big blow, Khurana did not give up and continued to raise her voice against gender injustice. Her death in March this year has ended her personal battle but not silenced her voice, say her friends and supporters. They have created a website on her behalf, chronicling articles written on her fight to save her twin daughters.

The site also encourages dialogue and discussion on ways to sustain the fight against gender-biased sex selection and gender inequality. They want to amplify Khurana’s assertion that unless there was accountability at all levels, girls would continue to die due to gender-biased sex selection and no one would care because the value of boys was far greater than theirs.

It is an established fact that where there are many more men than women of marriageable age, women are more vulnerable to sexual and gender-based violence. This was seen in many Indian States like Haryana where several villages, which had zero population of girls, resorted to buying girls from other States for their marriageable sons. The girl was usually from a poor family and whose parents were happy to marry their daughter off without having to pay dowry. What they didn’t realise was that they were pushing their daughter into an unending cycle of sexual violence, since one bride was expected to pander to the sexual needs of all the males in the family.

India was among 179 governments that committed to “eliminate all forms of discrimination against the girl child and the root causes of son preference, which result in harmful and unethical practices regarding female infanticide and prenatal sex selection” at the 1994 International Conference on Population and Development  (ICPD). It reiterated its commitment at the 2019 Nairobi Summit held to look back at the 25 years of ICPD and look forward to accelerating accountability.

India has also endorsed Sustainable Development Goal five for gender equality. However, harmful practices and human rights violations persist. Clearly, rooting out deeply-entrenched beliefs and customs needs more than just laws. Their strict and sincere implementation along with prosecution and punishment can help. More important is fostering respect for women and girls by giving them an equal status.