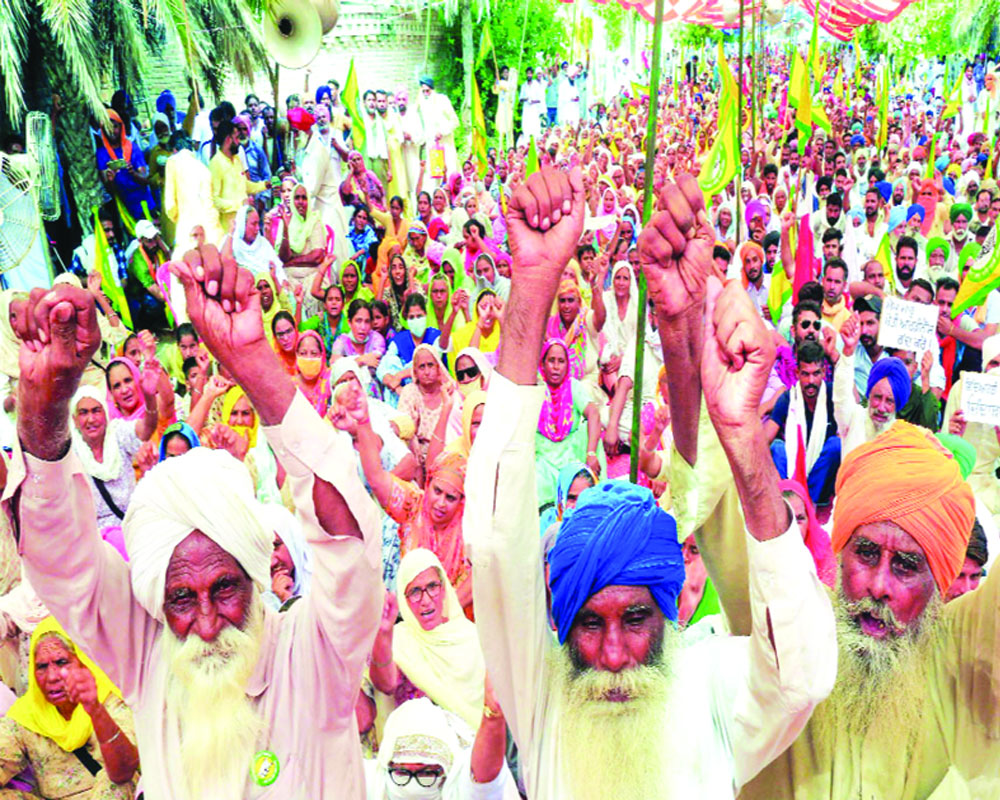 Corporations and agro-processors can demand graded products for MSP. Otherwise they may not buy at all or at reduced prices. Where will the small farmer go then?

A Bharat bandh, millions of farmers on the streets, eight Opposition leaders suspended, National Democratic Alliance (NDA) partners and Rashtriya Swayamsevak Sangh (RSS) affiliates openly rebelling against the Government, these scenes have been dominating our news cycles. Yet Prime Minister Narendra Modi is confident that the three farm Bills are good for India.

Theoretically, the Bills appear well-intentioned but the devil is always in the implementation. Overall, they aim to empower farmers to sell from farm-gate but in the process end up empowering corporations and traders to expand their businesses and swamp the farm to fork chain. A new wave of liberalisation just rammed into rural India. But many suspect the real agenda is generating “agri-dollars” and in the words of dissenting (Telangana Rashtra Samithi) MP Dr Keshava Rao, to “make an agriculture country into a corporate country.”

The Government argues that farmers are not free to sell anywhere because of a “corrupt and middlemen-infested Agricultural Produce Market Committee (APMC).” Hence, break the APMC and free the farmers. Now corporations and any other person with a PAN card can directly procure products from farmers. Agri-business companies can enter into contracts with them. But what complicated matters was the lack of substance in the Bills, no mention of a guaranteed price for farm pick-ups in case of a bad year or excess yields and the Government’s cavalier manner of handling the Rajya Sabha last Sunday, negating debate and passing the Bills by voice vote. This naturally raised more doubts. Indian farmers have had centuries of slavery under the Company Raj and perhaps that’s why a muffled voice of MP SR Balasubramaniam, who evoked the “Champaran Satyagraha”, rang the loudest. APMC will be replaced by the corporate market as there is no fair agreement between two unequal parties, he stated. He may be right after all as a David and Goliath can never have a fair agreement. Neither can sheep and wolves co-operate, nor can a corporation and a marginal Gond farmer in Madhya Pradesh.

Today the farmer is weak, highly indebted and trapped in the cycle of over-production and low income. His monthly household surplus is under Rs 1,500 per month. This has already been destroyed by COVID-19.

Each harvest season, his input and production costs rise, yet he cannot even sell at a minimum support price (MSP). As per reports, only six per cent farmers sell at MSP, the remaining 94 per cent are dependent on markets and traders outside the APMC mandi. Reality check — small and marginal farmers cannot even reach the APMC as they don’t have any means of transportation, forget selling outside their geographic limits. The majority of farmers are marginal. This means they only grow enough to feed their families and sell a little surplus to the markets. From the village field, away from the town, they sometimes find it convenient to sell to local traders.

Most of them begin the sowing season by taking credit for seeds and fertilisers and repay them through post-harvest sales. The tenant farmers are worse off. They want to sell at MSP  but due to the trader-creditor-farmer relationship and market forces, which have an upper hand in price fixation, they cannot.

So, on the face of it, liberalisation seems to be a good step as “farmers can sell anywhere.” But is it? Here we must go by the warning given by MP Professor Manoj Jha to the Rajya Sabha: “You have replaced the rohu and hilsa with the sharks. You will bring the East India Company back to India.” He was referring to traders as the small fish and the big agri-business corporations as “sharks” that have no personal connection with farmers. In fact, most farmers still  trust their eco-system of licenced commission agents as they deliver on prices and guarantee sales.

Given agri-dollars in their pockets and new reform policies, food majors can break any market and create monopolies, forcing the farmers to sell cheaper or let their produce rot. Not convinced? Let’s go back to the dal scam of 2015. After an investigation by the IT department, a scam valued at Rs 2.5 lakh crore was unearthed. The consumers paid the price by buying arhar dal at Rs 210/kg. It was reported that a cartel of agri-business companies was responsible for buying pulses at low prices through the supply chain networks and hoarding it overseas, creating artificial scarcity and profiting immensely by selling the stocks back to Indians at high prices. The Government used the Essential Commodities Act (ECA) to bust hoarders and recovered 75,000 metric tonnes of dal. But now, even the ECA limits on hoarding and  stocking are being done away with.

In 2006, Bihar removed the APMC regime and the real incomes of farmers in the State have fallen while private investment is yet to move into the State. Only traders are carting produce from Bihar all the way to Punjab to sell in mandis.

Many vouch for APMC reforms and not its destruction as the regulated market is still the farmer’s best chance at getting MSP. This is evidenced by Punjab. Won’t rural India be engulfed by corporate markets that will ruin APMC systems and farmers’ rights as the growers will be left unprotected overnight without a transitional and transparent system codified? The Samajwadi Party MP, Professor Ram Gopal Yadav, asked if these reforms can assure the farmers’ good prices? No, because the difference between APMC and corporate markets would be of “BSNL and Jio”, he said. It was Biju Janata Dal MP, Dr Amar Patnaik, who had first warned against “cartelisation.” In effect, the private sector will be a phoenix rising from the ashes of our public infrastructure.

The biggest problem in procurement, as we have seen globally, is grading. Corporations and agro-processors can demand graded products for MSP and if the gunny bag is ungraded, they may not buy at all, or at a reduced price. This is common practice, which results in huge losses for farmers and food security of the world. Traditionally traders graded the produce. With them gone, will farmers bear grading costs? Naturally, if they do, MSP can never be realised.

There are also serious questions on post-harvest infrastructure and warehousing in rural India. Will the farmers, due to bad storage facilities, make distress sales? The new reforms favour the big farmers and agri-businesses but are detrimental for small and marginal farms (below two hectares) that constitute 86.21 per cent of our total land holdings.

Further, once the market forces evolve, unless MSP is made a legal right or Government procurement increases, achieving it will be a challenge. Contract farming is specious. A glimpse into the US model is enough to deduce how the contracting parties (agri-business firms) force the farmers to buy their recommended seeds, fertilisers and other inputs, often from their allied stores or vendors and at their prices. They also force the farmers to buy more equipment, increasing the cost of production each year. If the farmers don’t abide, they don’t buy the produce and legal proceedings follow.

In India, the poultry sector is a good example of how the owners have been reduced to farm hands on their own property. And to take two steps back, PepsiCo filed a case against Gujarat farmers unfairly. PepisCo has got more flak as many potato farmers committed suicide due to their procurement policies in West Bengal. The stories of contract used to exploit farmers are endless.

The next big problem is no small and marginal farmer has access to the Sub-Divisional Magistrate and District Magistrate. How many of them will be able to go to the already over-burdened official to settle trade disputes? Even their journey for justice will become a nightmare given their literacy levels and manipulation by the bigger parties. The companies or traders will not be criminally liable; this is a regressive step favouring big agri-businesses.

Modi needs to critically think about rising farmer suicides and doubling farmers’ income by 2022. He ought to dispel the farmers’ doubts and insist on specifics and mechanisms like ensuring the retail buyers do not go beneath a cut-off price. Otherwise, the haze of silence can be ominous . One fears the day when the words of Dravida Munnetra Kazhagam (DMK) MP TKS Elangovan come true — “To sell the farmers themselves as slaves to the big industrial houses… It will kill the farmers and make them a commodity.”