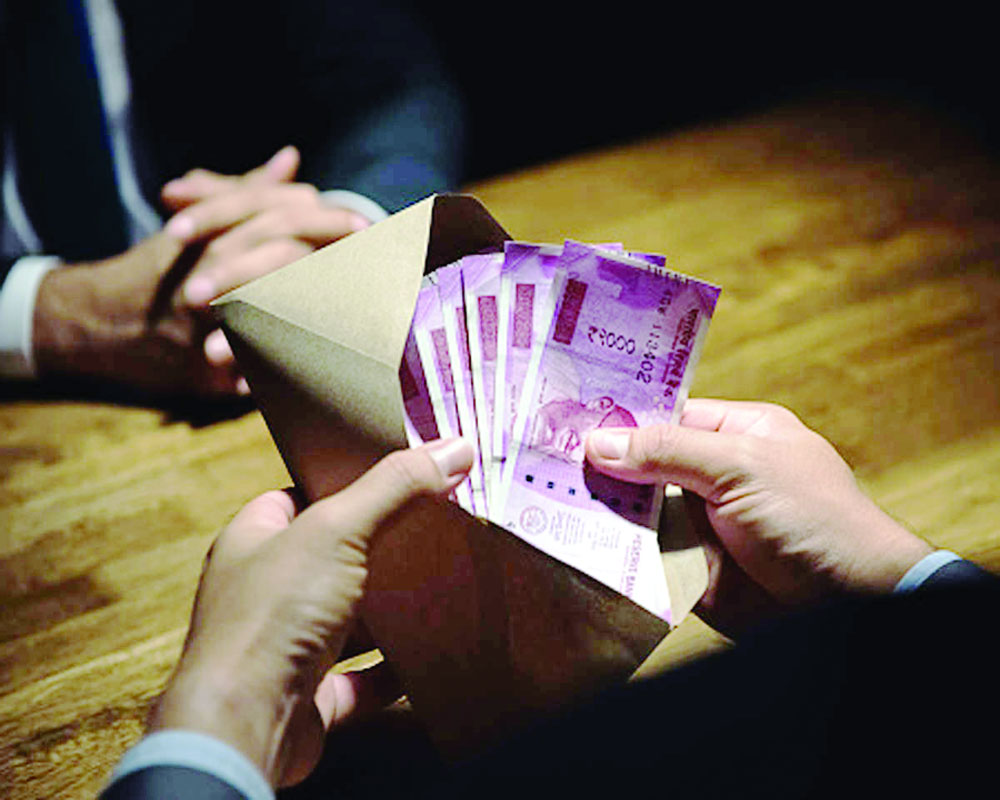 Among the issues in public discourse that have caught the attention of the country is the problem of corruption, which elicits strident criticism. The issue has triggered a slew of reforms aimed at strengthening the fabric of integrity, like the enactment of the Public Procurement Bill, the Lokpal Act incorporating, inter alia, the public disclosure of assets by public servants, reforms in higher judicial appointments and so on. While anti-graft activists differ in terms of strategies and focus areas, there is a unanimous acceptance of the fact that technology and e-governance promote greater transparency. The rationale is very simple. Deny the opportunity for manual manipulation and replace it with technology, crafted around well-defined protocols and legal safeguards with minimal human intervention.

It has been five years since India adopted the UN’s 17 Sustainable Development Goals (SDGs). Corruption in general and venality in public life in particular adversely affect the fulfilment of these SDGs. Therefore, a proactive and preventive vigilance regime forms the backbone of good governance and is critical to their realisation. How then do we make governance more effective without inhibiting its objectives? Today, administrative affairs grapple with leakages in public delivery of welfare and development goals on account of manual processes that can be manipulated. But by leveraging technology, these leakages can be plugged. Incremental improvements to technology should continue to be the mainstay of advancements in administration.

In the recent discourse on procurement methods, transparency of policy, procedure and practices is increasingly being seen as an imperative of using public monies to remove any allegations of opacity and inconsistencies in decision-making.  Achieving transparency ensures that procurement is open to public scrutiny, which results in best value for public monies. For example, the transparency of procedure as achieved in online applications is one of the simpler yet effective features of digitisation, as it shifts the onus of submitting correct information and data to the applicant. This, once verified by the public servant, retains the maker-checker wedge in a direct way.

In an effort to plug leakages in procurement systems, the Government launched the Government E-Marketplace (GeM) in 2016 as an end-to-end marketplace for goods and services required by Central and State Governments as well as Public Sector Undertakings. As per an assessment by the Centre for Public Impact, the savings impact of GeM has been substantial, wherein a maximum price reduction of approximately 56 per cent of goods and services, coupled with demand aggregation, has already led to savings to the tune of Rs 40,000 crore annually. Given the fact that the public procurement economy constitutes about 20 per cent of India’s GDP, it is imperative to build on this initiative through amplified efforts and bring as many goods and services on board as possible. And in order to make the platform more robust, addressing the issue of quality control should be the next level of sophistication that GeM should aspire for.

In the next 10 years, the business of Government will experience massive disruption. This comes on the back of technological enhancements that reduce the need for intermediaries and ensure that the sanctity of process remains unimpeachable. One such technology which has been discussed widely in recent times is blockchain. A NITI Aayog discussion paper has identified use-cases where the technology can potentially improve governance, ranging from tracing of drugs in the pharmaceutical supply chain to verification of education certificates. The three key principles of the blockchain technology are: Transparency, decentralisation and accountability.

One of the most interesting areas of intervention for this technology would be in the space of land records. Ever since the Permanent Settlement of Bengal in 1793, the issue of land records has occupied the administration and citizenry with its complexities, misgivings and fraud. The system is riddled with inefficiencies that reduce trust in the Government. Currently the UNDP is involved in certain Proof of Concept (POC) pilots across India. The underlying theory intends to create an immutable history of transactional records that helps in checking authenticity; a tamper-proof system to avoid forgery; a distributed ledger so that all stakeholders see the same information; and a secure encrypted environment, where updates are available in near real time. The NITI Aayog paper also identifies this value proposition. For example, the paper notes that, in order to ensure that transactions are not fraudulent, the physical presence of witnesses is mandated at the time of sales deed registry. Deployment of blockchain would potentially eliminate the need of these processes while maintaining the sanctity of the transaction.

This helps create a tamper-proof audit trail that allows for tracking decision-making and ensures that they are in accordance with anti-corruption principles. It addresses concerns around cyber security. Currently there are interesting pilots being conducted across the world, where deployment of blockchain is being tested for public procurement, wherein systems are being built in to identify graft with a view to disincentivise corrupt actors from accessing the system at the outset.

From the perspective of Internal Controls and Governance (Vigilance), it is strongly recommended to employ a five-part test while assessing such deviations from process: Whether the issue being pursued has corrupt connotations; the general reputation of the employee involved; whether better options were available and ignored without valid reasoning; whether the situation inhibited the selection of any other option but the one finally chosen and finally, whether the larger interest of the organisation was safeguarded or not.

Deployment of technological solutions like blockchain can potentially remove the need or significantly reduce the time taken for making such assessments. In a recent paper released by Denmark’s Ministry of Foreign Affairs, titled Code to Integrity, the authors have highlighted how blockchain can be a powerful tool in the fight against Government corruption. The report cites case studies of countries like Kenya, Rwanda and Ghana where Government records pertaining to court systems, education and land rights are migrating to distributed ledgers.

However, a significant factor in blockchain’s success will be a country’s ability to develop/reform laws and build robust data protection and maintenance regimes. Till such time we address these issues, blockchain is not likely to have a monumental impact in creating an integrity-first governance ecosystem.

The general environment now is in favour of a regime which ensures that companies not only do profitable business but do so in a manner which is ethical. The United Nations Convention against Corruption, ratified by India in 2011, as well as the anti-corruption principles expounded by the Organisation for Economic Cooperation and Development (OECD)  cover a wide gamut of vulnerable areas and aspects of business operations, including anti-bribery, public procurement and conflict of interest. More and more countries in the coming years will be obliged to establish laws and mechanisms in place to ensure clean business operations as well as seize and confiscate assets derived from corrupt practices.

India, too, needs to review its existing legal framework to address issues around data security, corrupt practices and corporate governance with a view to address our anti-corruption objectives and provide the necessary guidance to well-intentioned officials in the Government.

The Centre made a significant change to the Prevention of Corruption Act in 2018. The element of intention has been added under definition of criminal misconduct. Similarly, broadening the definition of “unfair advantage” and introduction of corporate criminal liability will go a long way in apprehending or deterring bad actors on both sides from indulging in bribery. The amendments also have ensured that our obligations under the UN Convention against Corruption are adequately addressed and bring us closer to leading anti-bribery legislations in the world such as the UK Bribery Act.

While these amendments will go a long way in guiding the work of internal control agencies, it would be important to institutionalise a system, wherein compliance against said legislation and established processes can be checked and quantified. A metrics-based system for oversight over governmental processes will bring transparency, build trust and spur further digital innovation to make any administration more robust without inhibiting public interest-oriented decision-making.

It would be incorrect to end this discussion without addressing the well-intentioned public servant who finds the processes leading to greater transparency and ensuring value for taxpayers’ money cumbersome and time-consuming and who is, therefore, tempted to short-circuit it. Well-intentioned though it may be, but any attempt to overwrite the processes, despite even demonstrable honesty of purpose, carries the major risk of opening up the system to misuse by corrupt players and would lead to eventual loss of public trust and decimation of the structure of public procurement. Thus, the intent of processes involved is to keep the proverbial Caesar’s wife above suspicion. Through robust yet streamlined procedures, a bureaucrat can achieve the intended outcome and avoid unintended consequences.

(The writer is an IPS officer. The views expressed are personal)