In the right hands

In the right hands 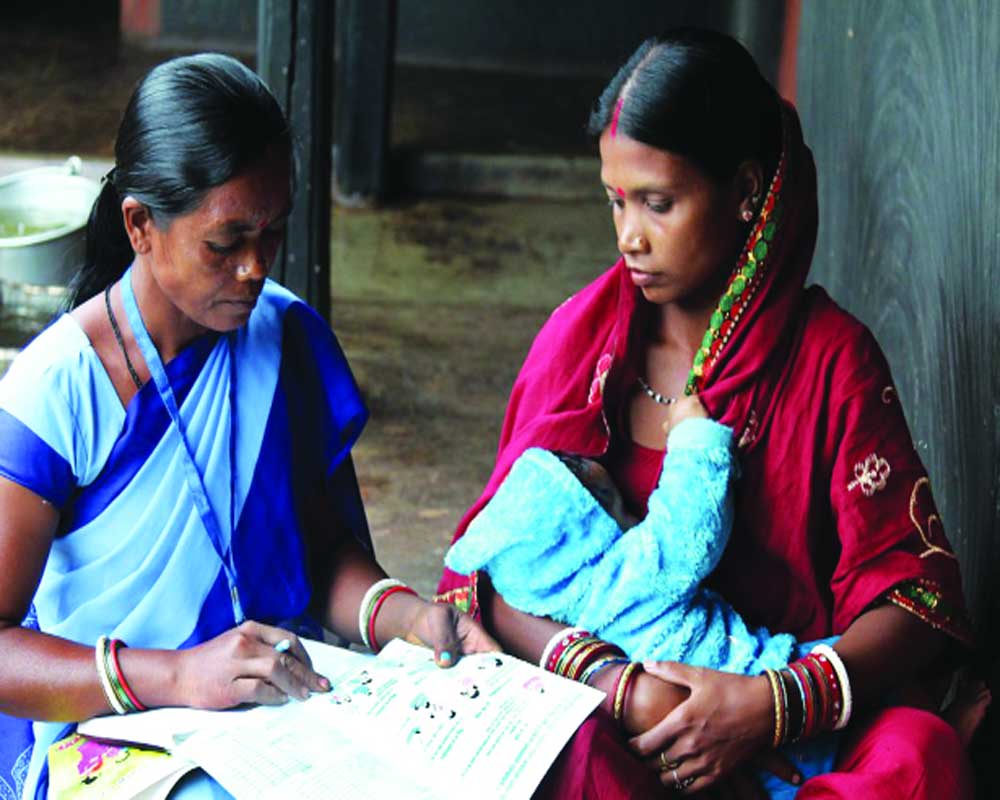 When the Karuna Trust, the Karnataka-based not-for-profit organisation, undertook the responsibility of managing the primary health centre (PHC) at Wakka, a village in Tirap district, Arunachal Pradesh, many were surprised. The location was remote and access was difficult. There was also an additional fear of insurgency. But Dr H Sudarshan, the founder and secretary of the trust, was undeterred as he wanted to reach the under-served at all costs.

His confidence stemmed from the fact that the trust had successfully managed 26 poorly-run and derelict PHCs in its home State of Karnataka. Many of the PHCs were in remote and difficult locations. If the public-private partnership (PPP) with the Government to provide healthcare to the marginalised population in rural areas could work in difficult conditions in the southern Indian State, there was no doubt in his mind that this successful health intervention could be scaled up in the northeastern State as well. Such was his determination that Dr Sudarshan remained unfazed even after he was accosted by a group of insurgents in Wakka, which is predominantly a tribal village, and asked to pay a sizeable sum as “protection money” if he wanted to keep the PHC open. Despite being threatened that he would not be able to work without their support, Dr Sudarshan refused to succumb to their demand. He was convinced that the trust, which believed in a community-based and people-oriented approach, would be able to make the PHC function without paying any “protection money.”

And he was proved right. A couple of weeks later, when the same insurgents who had demanded money realised that Dr Sudarshan and his team were not giving up, they came to him seeking healthcare advice for their wives. People in the village needed healthcare badly but the lack of a PHC had made it difficult for them to access proper services. Once they realised that the trust had come to provide quality healthcare, the community, including the insurgents, readily supported the team.

In fact, so overwhelming was the support that local women healthcare workers were motivated to report for duty on time daily. Under ordinary circumstances, this may not have been considered a big achievement, but when the trust team saw that the women health workers crossed narrow, swaying bridges across deep rivers and gorges, and also resorted to swinging on a rope to reach the PHC, they were impressed by their commitment. It was this dedication of the health workers that helped the trust to bring eight more PHCs in nine districts under its management.

If the trust’s journey from managing one PHC in Karnataka to managing 71 PHCs in seven States, including Arunachal Pradesh, is any indication, clearly the answer is “yes.” Economic growth can be meaningful only if it brings greater benefits to a greater number of people over a wider geographical area. This should happen quickly, equitably and be lasting.

However, it has been seen that women are often excluded from this growth process and their role and contribution is overlooked by policymakers. Health interventions that are scaled up can only be sustainable when women are put at the centre of development. An excellent example of this is the Home-Based Newborn and Child Care (HBNCC) model developed by the Society for Education, Action and Research in Community Health (SEARCH), a not-for-profit body headed by Dr Abhay Bang and Dr Rani Bang. Based in Gadchiroli, a predominantly tribal and Naxal-affected district in Maharashtra, the NGO has proven that tribal women are capable of saving lives of newborns. It would be wrong to judge their capabilities just because of their lack of formal education, their traditional attire and customs. The bejewelled Gonda tribal women in Gadchiroli have shown that although they follow traditional customs by wearing customary silver jewellery from head to toe, this does not come in the way of saving lives.

The HBNCC intervention, which sensitised and trained these women, has demonstrated that they are equally competent in recognising and identifying life-threatening symptoms in newborns and administering life-saving injections. So, it is not what is being done which is significant but how it is done. Here, too, the crucial factor is the respect given to the women during the intervention.

The biggest factor in their success in reducing neonatal mortality is the women empowering model followed by them. Just training the village’s women health workers to provide home-based newborn and childcare helped to reduce infant mortality from 121 for 1,000 live births to 30 within six years of its implementation. The key to the success of this intervention was to ensure women became partners and not merely passive recipients. This underlines the need for partnerships as innovators do not have the capacity for upscaling. The SEARCH experience has shown that women are the right partners for scaling up healthcare at the grassroots through Self-Help Groups and community-based organisations. SEARCH is at present working with 13,000 tribal people in 48 villages in Gadchiroli. Its HBNCC model, adopted by the Government for its National Health Mission, is also being used by 12 countries.

This underscores not just the importance of engaging people and community-based organisations in health interventions but also shows how ensuring gender equality is paramount to its sustainability.

Equally important is the creation of social values by ending discrimination against girls. Besides, the infrastructure, the content and the process, too, have to be empowering for women. Clearly, the Gadchiroli model seems to have worked out how to adapt to local situations. It has been replicated in Bangladesh, Pakistan, Nepal and seven African countries.

The Karuna Trust model, too, is being used to address gaps in remote centres through innovations in telemedicine, health insurance, integration of mental health and has reached 1.3 million people.

The Ekjut health model developed by Dr Prasanta Tripathy and Dr Nirmala Nair is another success story of how interventions centred on empowering women can bring sustainable change. Ekjut began its participatory and learning action (PLA)-based intervention with just 20 women in three tribal and remote villages around Chakradharpur in West Singhbhum district in Jharkhand.

The high maternal and newborn mortality in these areas led to their being chosen for the pilot programme. During these monthly PLA meetings, women are trained to identify problems like the two main causes of maternal and child death: Women delaying their need for professional care and their inability to find an appropriate healthcare facility. They then discussed how to implement practical solutions and evaluate their effectiveness.

The impact of the programme began to be seen as the women overcame their fear, shyness and patriarchal barriers to step out of their homes. Over the next five years, it was scaled to eight districts and involved over 20,000 women. By translating their newly-found knowledge into action, women were able to bring about a 20 per cent reduction in maternal deaths and a 30 per cent reduction in the neonatal deaths in 600 villages.

Ekjut now provides support to the NHM in scaling up its model in all 24 districts in Jharkhand. Its PLA model has also been scaled in 17 districts in Madhya Pradesh. In 2016, the Central Government began using the Ekjut model to bring down maternal and neonatal deaths in eight Indian States. Government frontline workers trained by Ekjut are using the PLA method in 40,000 villages all over the country to empower women to take charge.

However, challenges in scaling up successful interventions still exist. The lack of community participation is a big hurdle in scaling up interventions as was seen in the resistance to a nationwide roll-out of the weekly iron-folic acid supplementation programme for adolescents. Another impediment is the unavailability of requisite financial resources and trained personnel. Funds for research and monitoring and evaluating data are often negligible. Greater dissemination of successful scaled-up interventions, strategic partnerships with other stakeholders and integration with Government programmes will be useful in overcoming some of these challenges.