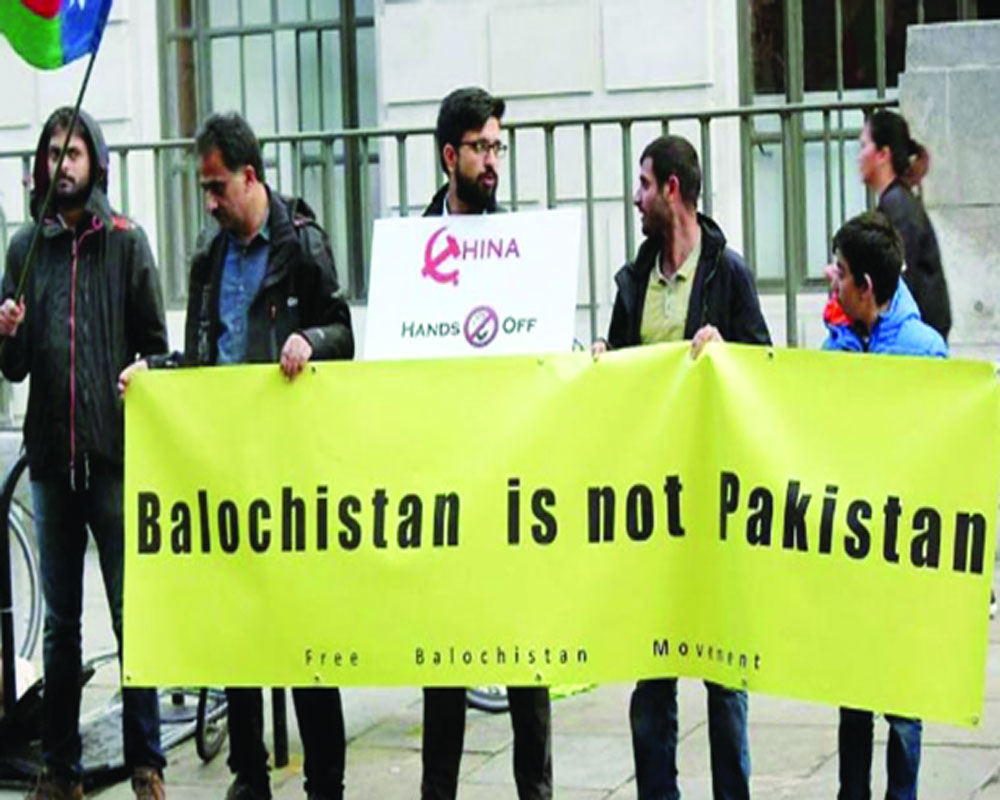 Given Balochistan’s strategic location, India must support its cause and help it gain independence. This will give us a counterweight against Pakistan and China

Jammu & Kashmir is an integral part of India, geographically, culturally and economically. The BJP Government’s decision last year to revoke Article 370 paved the way for full integration of this State with the rest of India. Prior to the country’s independence, Jammu & Kashmir was a Muslim-majority princely State ruled by Hari Singh, a Hindu king. The State was relatively tranquil due to the amicable relationship between the king and his subjects. However, four Congress-led policies soon after changed the dynamics of the State. First, the Congress supported the Khilafat Movement of 1919. This movement brought the Muslim League in the limelight and made MA Jinnah an important political figure; the latter played a crucial role in India’s partition and the start of the “Kashmir problem.”

Second, Kashmir was politically vibrant in the years after the Khilafat Movement. Numerous factions, each wielding the support of different sections of Muslims, emerged. The primary factions consisted of Hari Singh, the Muslim League led by Jinnah, Azad Conference led by religious leader Mirwaiz Shah and the All India Jammu Kashmir National Congress led by Shiekh Abdullah. The four factions were in a constant tussle to garner the support of the Muslim population and created wide divisions within the socio-political fabric of the troubled State. During the 1940s, former Prime Minister Jawaharlal Nehru had a renewed sense of “Kashmiriness” and felt the need to come to his State’s aid. In his attempt to resolve problems, Nehru supported Sheikh Abdullah and alienated the other three factions — each was equally supported by the Kashmiri population — and widened the existing divisions.

Third, Mahatma Gandhi launched the “Quit India” movement against the British regime and by 1945, it reached Jammu & Kashmir. While in other parts of the country, the movement was against the British regime, in Kashmir, where it was led by Sheikh Abdullah and supported by Nehru, it was against Hari Singh’s rule. Jinnah supported Hari Singh during this tumultuous time. Thus, Hari Singh’s distrust of Nehru was the primary reason for his hesitation to sign the Instrument of Accession. Hari Singh’s dithering was seen as an opportunity by Pakistan to invade Kashmir and claim it by force, which it managed to do. The result of the bitter relationship between Nehru and Hari Singh is Pakistan-occupied Kashmir (PoK).

Lastly, Nehru agreed to his “friend” Sheikh Abdullah’s demand to pass Articles 370 and 35(A), which would provide Kashmir with a separate Constitution, flag  and head of State. This further distanced the once tranquil State from India.

The BJP Government under the leadership of Prime Minister Narendra Modi and Home Minister Amit Shah was able to successfully integrate the State into India and bring in peace and development in the militancy-ridden State.

For the last seven decades, Pakistan has approached almost all international fora and organisations to justify its claim to two illegally-occupied regions: PoK and Balochistan. Recently, it bore the expense of a few British and European Members of Parliament (MPs), who visited PoK, and attempted to hold fraudulent elections in the region to gain legitimacy.

Prior to India’s independence, Balochistan was ruled by the Khan of Kalat, who was forcefully taken to Karachi at gunpoint to sign the Instrument of Accession. However, Khan’s decision had to be confirmed by the two Houses of the National Assembly of the kingdom for Balochistan’s integration into Pakistan. Two days prior to Pakistan’s independence on August 12, 1947, the Houses voted against acceding to either nation and decided to be an independent State.

Thus, Pakistan’s occupation of Balochistan is illegal. The Balochi people, as a result of this illegal occupation, have not been able to completely integrate into Pakistan; the Balochis and the Pakistani population have distinct cultures, social norms and values which make reconciliation between the two unachievable. Balochistan has tried to remove its illegal occupiers on numerous occasions: The wars of 1958, 1962 and from 1973-1977. One war is still being fought. Cultural and social differences are not the only catalysts. Even though Balochistan is a mineral-rich State, with its wealth of resources fuelling Pakistan’s economic growth, Balochi people are illiterate and have the highest unemployment rate in Pakistan, around 40 per cent.

Balochistan province constitutes nearly half of the country’s landmass, yet its people are only four per cent of the Pakistani population. Now is the time to support nationalist groups in Balochistan, who are fighting against widespread inequalities and overall degradation of life. Groups such as the Balochistan National Party, National Party, Jamhoori Watan Party, Baloch Haq Talwar, Pashtun Khawa Milli Awami Party and the Balochistan student organisation have been forwarding Balochistan’s resolve for independence. This province is located strategically and its independence would have significant consequences for the South Asia region. Chinese aggression will be checked, Pakistan will be weakened, the Taliban can effectively be countered and the oil pipeline between Iran and India will see quick development.

Many nations, which support Balochistan’s resolve, have not come to its aid because they respect Pakistan’s sovereignty and say that it is an internal matter. Balochistan had played an integral role during India’s independence and, thus, it is our duty to help it gain independence. An independent Balochistan will not only benefit the Baloch nation but  would also be a geo-political investment for India. Balochistan’s energy resources are vast and India’s emerging economy could get enormous access to them.

Currently, China is militarising Balochistan’s coastal belt to have a better stranglehold on India. Balochistan’s leader had approached the Congress-led UPA-II Government for strategic aid against Pakistani occupation. However, he was largely ignored. Baloch leaders are supportive of Indian causes and have even applauded India’s decision to revoke Articles 370 and 35(A).

Culturally, Balochistan is very much similar to India due to its respect for Hinduism and its ideals. In the Kalat region of Balochistan lies a 2,000-year-old Kali temple; the second tallest in South Asia. A post-independence Balochistan will help protect Indian interests from foreign aggression.

Pakistan, on the other hand, has been instigating terrorist activities in Jammu & Kashmir, holding elections in PoK, speaking against India’s decision to revoke Articles 370 and 35(A) and is even attempting to create an environment against us at international fora and organisations.

In the midst of such an adversity, if India decides to support Balochistan’s cause of independence, the decision would be morally correct. India should approach international conferences and organisations to seek the support of major countries in Europe,  Russia and the US to help Balochistan gain independence from Pakistan’s illegal occupation.

(The writer is a BJP leader and Lok Sabha MP. Views expressed are personal)