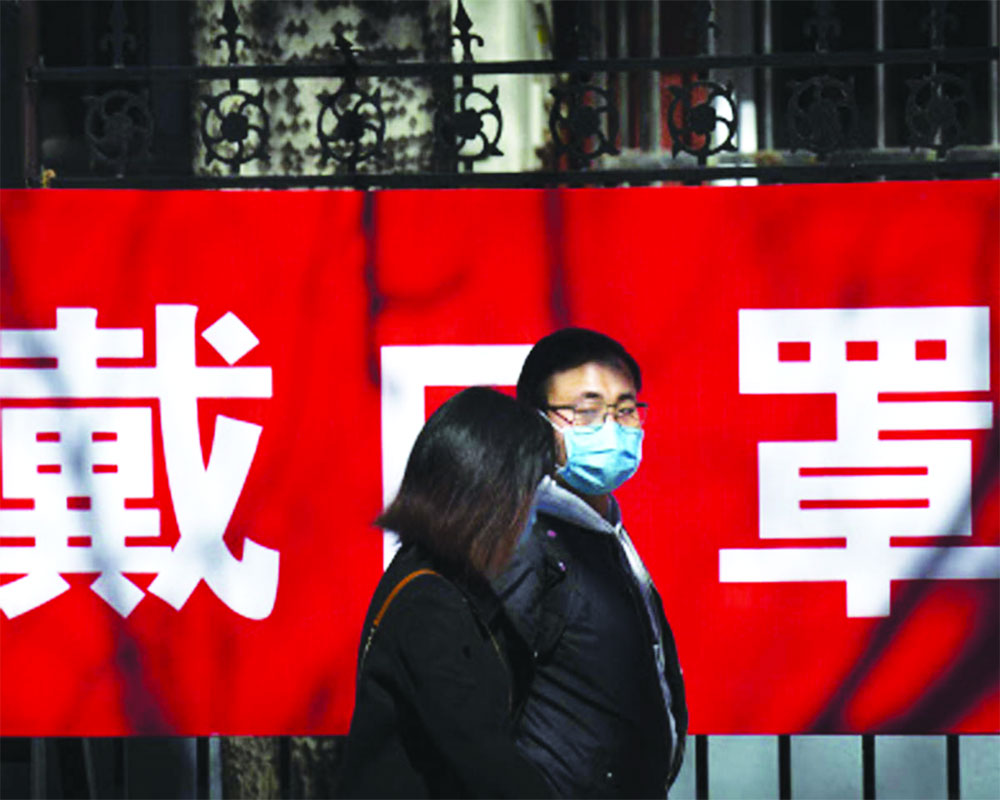 Despite all the propaganda trotted out by Beijing, some scars may remain for decades, bringing the most drastic changes to China’s image in the world

Moustapha Dahleb, the Chadian doctor and author, gave one of the most touching descriptions of  COVID-19, the pandemic that is presently plaguing the earth. In his blog titled, “Humanity Shaken by a Small Thing (Un Petit Machin)”, he argues, “A small microscopic thing called coronavirus is upsetting the planet. Something invisible has come to make its law. It questions everything and upsets the established order. Everything is put back in place, otherwise, differently.”

Among other collaterals, “the Small Thing” has triggered two wars on a scale not seen since World War II and the subsequent Cold War between the Western and Soviet blocks. The first war is against the “Small Thing” itself as to how to stop its worldwide spread and find a vaccine. China and the US, the world’s two super powers, are competing to win the battle. In China, the People’s Liberation Army (PLA) has been working harder than anybody to find a solution. Is it because the PLA was no stranger to the first spread of the virus? It may take years or even decades to know the truth. Meanwhile, as early as January 26, a 54-year-old PLA General, Chen Wei, headed to Wuhan “to fight the epidemic” and take over the civilian Wuhan Institute of Virology (partially funded by France).

Further on March 16, China announced that the lady General had developed a vaccine for the Coronavirus and it had entered the first stage for clinical trials. According to Chinascope, a Chinese website based in the US, it is the first recombinant Coronavirus vaccine (adenovirus vector) approved for clinical trial. Volunteers, organised in three groups with 36 people in each, were given injections; Gen Chen was the first to be injected. The Global Times called Chen “a real pathfinder.” Before taking charge of the Wuhan lab, Chen was associated with the Academy of Military Medical Sciences (AMMS).

It was, however, pointed out that it would have taken at least five months to develop the recombinant vaccine approved today by Beijing. Chinascope explained, “The US has also developed a vaccine in a short period but it was based on a different technology (mRNA technology), which could take about 40 days to do. The traditional recombinant vaccine could provide a permanent cure but the mRNA vaccine is like a flu shot that needs to be done every year.” The question, therefore, is, when did the PLA start developing the vaccine to be able to complete the research in five months? Did China know about the “Small Thing” earlier than announced (end of December)? It’s difficult to answer this question but China will probably win the first war.

The second war triggered by the “Small Thing” is to do with information warfare, though this isn’t new. The US website, War on the Rocks, explained, “Several countries are employing disinformation and messaging campaigns around COVID-19 in a branding effort to ensure they are not blamed for the pandemic in the history books.”

For the Communist Party of China (CPC), it is a question of life and death. War of the Rocks asserted: “As the number of COVID-19 cases in China has reportedly declined, Chinese State-run media and diplomats have waged a disinformation campaign against the US in an attempt to distract from Beijing’s mismanagement of the crisis.”

It cites historical examples from the Soviet era, when the same tactics were used, attempting to bring a new narrative: “The origin of the virus is unknown. It could have come from anywhere in the world. China has been a model in handling the sensitive issue. Beijing can now advise the world how to go about it.”

Zhao Lijian, the spokesperson of the Chinese Ministry of Foreign Affairs, started to use vitriolic Twitter attacks against critics of his country. He alleged that the American military was at the origin of the virus. The argument went so far that China’s Ambassador to the US, Cui Tiankai, had to contradict his spokesperson. Cui said that it was “crazy” to spread rumors about the Coronavirus originating from a military laboratory in the US.

China may lose the second war. In a few months or years, the “Small Thing” will have eventually dissolved or disappeared (it has already to a great extent in China if one is to believe the Chinese propaganda) but some scars may remain for decades, bringing the most drastic changes to China’s image in the world.

Take Italy, they trusted Chinese President Xi Jinping and agreed to participate in his Belt and Road Initiative (BRI). As a the result, more than three lakh Chinese came to work in Northern Italy, where the tragedy started. Then the case of Holland; the Dutch Health Ministry announced it had recalled 600,000 face masks from China. Ditto was the case for Spain. Its Government encountered similar problems with testing kits ordered from a Chinese company and withdrew a batch of rapid test kits manufactured by China. Turkey and the Czech Republic also announced that they had found some testing kits, ordered from Chinese companies, were not sufficiently accurate.

Examples could be multiplied. China imported about 2.5 billion healthcare items, including visors, masks, gloves and ventilators from Australia between January 24 and February 29, leaving Australian frontline medical staff without protective equipment when the virus struck that country. Masks and other items have to be bought back at often highly inflated prices.

Critics have also accused Beijing of trying to split the European Union (EU) by shipping equipment to certain nations on more favourable terms than others, while leaving the US, the present epicenter of the pandemic, in the lurch. This scar will remain for a long time despite Beijing’s all-out propaganda. Eventually, Xi will have to answer some hard questions from those in Beijing, who were or are in favour of a softer and more human approach to other nations in difficulty.

But the most valuable lesson of the “Small Thing’s” strike is well described by Moustapha Dahleb: “Suddenly the pollution has dropped, people have started having time, so much time that they don’t even know what to do with it. Parents get to know their children, kids learn to stay with their families, work is no longer a priority, travel and leisure are no longer the norm for a successful life. Suddenly, in silence, we turn around in ourselves and understand the value of the words solidarity and vulnerability. Suddenly we realise that we are all on the same boat, rich and poor.”

Let us hope that the “Small Thing” can bring more humanity to this planet despite the high price paid by all nations.